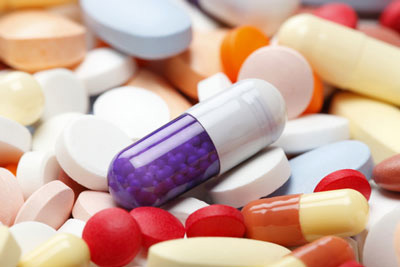 The UK National institute for Health and Care Excellence (NICE) has recommended PTC Therapeutics’ Translarna (ataluren) for treating children aged 5 and over with Duchenne muscular dystrophy (DMD) caused by a nonsense mutation.

The drug has been called a ‘step change’ in the management of the disease which causes progressive muscle wasting and is usually fatal by age 30.

Children with the disease typically become wheelchair dependent by age 12 and the committee agreed that ataluren had the potential to delay the loss of ability to walk, one of the most important factors for patients and their families.

In evidence heard by the NICE committee, research predicted ataluren may delay loss of walking for up to 7 years. In a clinical trial, none of the children in the most sensitive group taking ataluren lost the ability to walk over the 48 weeks of the trial compared with 8% on the placebo. Patient experts said they had seen meaningful stabilisation or improvements in their child’s mobility such as being able to get into and out of bed independently and go to school. Patient experts also said if the time to loss of walking could be delayed, their children would have the opportunity to have a normal adolescence.

Ataluren has been considered as part of NICE’s Highly Specialised Technologies programme that looks at treatments for very rare diseases that are commissioned nationally by NHS England.

Commenting on the recommendation, Sir Andrew Dillon, chief executive of NICE, said: “Duchenne muscular dystrophy caused by a nonsense mutation is a cruel disease that currently has few treatment options. Ataluren is a medicine that for the first time is aimed at the root cause of the disease and has the potential to offer benefits to people with the condition and their families.”

Paul Lenihan MBE, CEO of Action Duchenne, said: “This is an important day for the Duchenne community, which has been working hard to make this ground-breaking drug available to boys with nonsense mutation Duchenne muscular dystrophy.”

Ataluren available for an initial period of 5 years

The committee recommended ataluren be made available under certain circumstances, which will need to be set out in a managed access agreement between the company and NHS England:

Sir Andrew Dillon commented: “NICE acknowledges that ataluren represents a significant cost to the NHS at a time of increased pressure on funding and has considered this carefully against the uncertainties of its potential long-term benefits. This is why the committee has recommended the drug be made available for an initial period of five years, under strict conditions to allow more data to be gathered on its efficacy, before the guidance is reviewed and a further decision made on whether funding should be continued.”

Dr Peter Jackson, Chair of the NICE High Specialised Technologies Evaluation Committee, added: “…the committee could not have recommended ataluren without the agreement to limit its use to five years while more data are gathered. If those data show that the drug is less effective in the longer term and doesn’t provide good value, the NHS is not committed to funding the drug in the long-term.”