The NIH is teaming with the government, biopharmaceutical, life science and non-profit organisations to overcome obstacles and increase success for advancing promising treatments for PD… 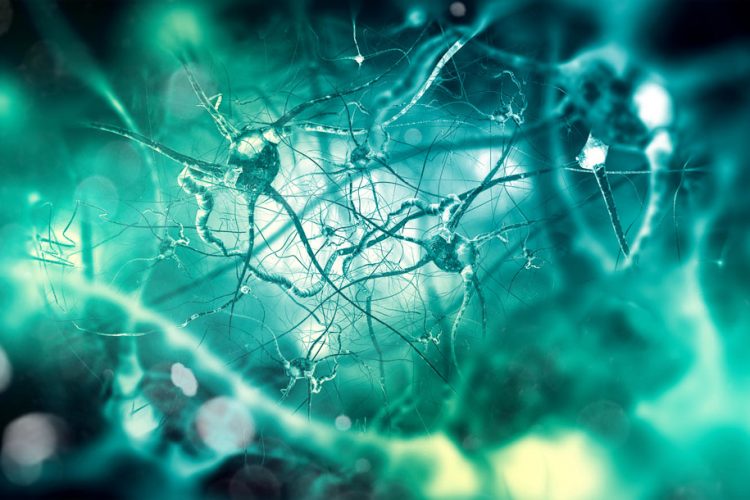 The National Institutes of Health is teaming with the government, biopharmaceutical, life science and non-profit organisations to overcome obstacles and increase success for advancing promising treatments for Parkinson’s disease (PD). Part of the NIH Accelerating Medicines Partnership (AMP), AMP PD will focus on identifying and validating promising markers of the disease called biomarkers that may be useful in tracking the progression of PD and could serve as biological targets for the development of new drugs.

“Advancing treatments for Parkinson’s disease is hampered by insufficient understanding of biological networks; drugs aimed at seemingly promising therapeutic targets fail in clinical trials,” said NIH Director Dr Francis S. Collins, “By combining our expertise and resources, AMP PD partners hope to increase our collective odds of success in accelerating the development of effective treatments for a million Americans who suffer from this debilitating disease.”

Parkinson’s disease is a chronic and progressive neurological disorder that largely affects movement and balance, although a subset of people with PD also exhibits cognitive deficits. Due to increased life expectancies worldwide, the number of people with PD is expected to nearly double by the year 2030, which will lead to a significant increase in health care costs. Despite considerable ongoing translational and clinical research efforts, no disease-modifying drugs have yet been approved for PD.

AMP PD partners include Celgene, Summit, New Jersey; GlaxoSmithKline, Philadelphia; The Michael J. Fox Foundation for Parkinson’s Research (MJFF), New York; Pfizer, New York; Sanofi, Bridgewater, New Jersey; and Verily, South San Francisco, California. These organisations will invest a combined total of $12 million over five years through the Foundation for the National Institutes of Health (FNIH), which will manage the project. This total includes $2 million of in-kind contributions in software and services from Verily. NIH’s National Institute of Neurological Disorders and Stroke (NINDS) will match the private sector funds with an additional $12 million contribution, pending availability of funds. The U.S. Food and Drug Administration will also be a critical partner in providing regulatory guidance.

“There is a wealth of biosamples and data already collected by NIH and MJFF from people with Parkinson’s disease,” said NINDS Director Dr Walter Koroshetz, “Sharing resources from public-private partnerships to generate and analyse ‘big data’ made available through AMP may be our greatest opportunity for accelerating the pace of discovery for translation into more effective treatments for PD.”

A key benefit of these studies will be access to the AMP PD Knowledge Portal. With its development supported in kind through Verily, the Knowledge Portal will enable the sharing of de-identified data and findings among all the AMP PD partners and the entire research community. The partners will analyse combined datasets from more than 3,000 PD cases and 1,700 healthy controls from studies funded by NINDS and MJFF, including the Parkinson’s Progression Markers Initiative.

The goal will be to determine which biomarkers show the most potential for predicting disease progression and prognosis. Results from these analyses will be shared via the Knowledge Portal, providing the opportunity to conduct genome-wide analyses on a scale that could not be performed by a single partner alone.

“The AMP PD Knowledge Portal will provide data storage, pipelines and visualization tools that could enable unique opportunities for data science solutions for human disease modelling and for the identification of the underlying biology related to PD pathogenesis,” said Dr Margaret Sutherland, NINDS program director and co-chair of the AMP PD Steering Committee.

Launched in 2014, AMP’s initial projects have focused on Alzheimer’s disease (AD), type 2 diabetes (T2D), and the autoimmune disorders rheumatoid arthritis and systemic lupus erythematosus (RA/Lupus). Some of the key accomplishments to date for AMP AD include the development of the AMP AD Knowledge Portal, public release of de-identified molecular datasets from multiple cognitive aging study populations and AD brain banks, development of network models for new drug target and biomarker discovery and collection of baseline Tau imaging scans in two AD prevention trials. T2D project accomplishments include the development of the T2D Knowledge Portal with publicly available de-identified datasets from many sources worldwide.

The RA/lupus project is beginning its phase 2 clinical work of analyzing data from RA synovium, a connective tissue that lines the surface of the synovial joint, and lupus kidney biopsies.  AMP RA/Lupus plans to release it’s phase 1 de-identified data in the near future.

“The expansion of AMP into Parkinson’s disease is a testament to the success of this groundbreaking initiative that is radically changing the way we approach early-stage drug development,” said Dr Maria C. Freire, president and executive director of FNIH. “The FNIH is proud to play a role in this partnership by harnessing the collective capabilities and resources from the public and private sectors with the aim of advancing biomedical research and ultimately improving health.”