A new approach leveraging high-yield CRISPR could make it easier to re-engineer massive quantities of cells for therapeutic applications. 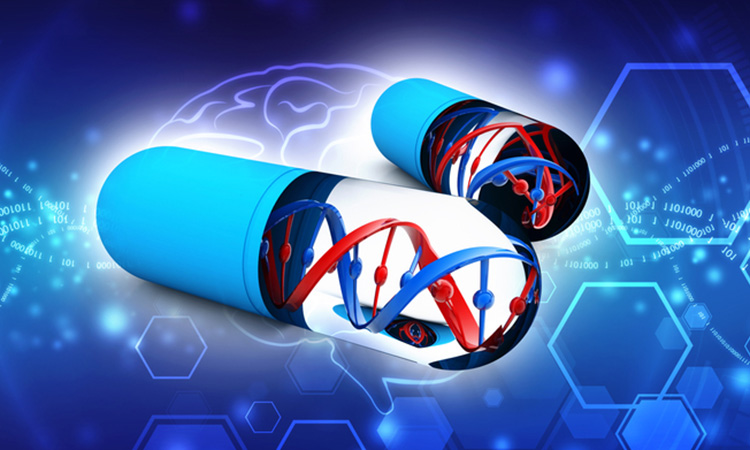 Scientists from the Gladstone Institutes and University of California San Francisco (UCSF) say a new variation of the CRISPR-Cas9 gene editing system enables especially long DNA sequences to be introduced to precise locations in the genomes of cells with remarkably high efficiency without the need for viral vectors.

“One of our goals for many years has been to put lengthy DNA instructions into a targeted site in the genome in a way that doesn’t depend on viral vectors,” commented Alex Marson, MD, PhD, director of the Gladstone-UCSF Institute of Genomic Immunology and senior author of the new study. “This is a huge step toward the next generation of safe and effective cell therapies.”

In the paper, published in Nature Biotechnology, Marson and colleagues demonstrated how the technology can be used to generate chimeric antigen receptor (CAR) T cells with the potential to fight multiple myeloma, as well as to rewrite gene sequences where mutations can lead to rare inherited immune diseases.

“We showed that we can engineer more than one billion cells in a single run, which is well above the number of cells we need to treat an individual patient,” added first author, Brian Shy, MD, PhD, a clinical fellow in Marson’s lab.

CRISPR-Cas9 enables scientists to modify the genome of cells, silencing, deleting or replacing mutated, disease-causing genes, as well as enable the creation of therapeutic cells. While the first therapeutic applications of CRISPR-Cas9 have recently entered clinical trials, the technology has still been limited by the challenge of safely making large quantities of correctly edited cells.

Traditionally, researchers have relied on viral vectors to deliver the DNA template used for gene therapy into cells, but the bulk manufacturing of clinical-grade viral vectors has been a major bottleneck in getting cell therapies to patients. In addition, researchers cannot easily control where traditional viral vectors insert genes within the genome.

“Using viral vectors is expensive and resource intensive,” commented Shy. “A major benefit of a non-viral approach to gene engineering is that we are not as limited by cost, manufacturing complexity and supply chain challenges.”

CRISPR-Cas9 typically edits double stranded DNA (dsDNA), but large quantities of dsDNA can be toxic to cells, so to increase the amount of DNA that can be inserted, in the new strategy the team attach the modified Cas9 enzyme to a single-stranded DNA (ssDNA) template, by adding just a small overhang of dsDNA at the ends. This reduces the toxicity, even at relatively high concentrations.

“This gives us a balanced, best-of-both-worlds approach,” noted Marson, adding that using a ssDNA template could more than double the efficiency of gene editing compared to the older, dsDNA approach.

“This technology has the potential to make new cell and gene therapies faster, better and less expensive,” commented Jonathan Esensten, MD, PhD, an author of the new work who is an assistant professor of laboratory medicine at UCSF and an affiliate investigator at Gladstone.

In the study, the researchers used a ssDNA template to generate more than a billion CAR-T cells targeting multiple myeloma, with approximately half of all T cells gained the new gene during the process.

“We knew that targeting the DNA templates to a specific location in the genome, called the TRAC site, would improve the anti-tumour potency of CAR-T cells,” explained Dr Justin Eyquem, a co-author of the new paper, assistant professor of medicine in the Division of Hematology and Oncology at UCSF, and affiliate investigator at Gladstone. “This new non-viral approach enables us to achieve that targeting much more efficiently, which will accelerate the development of the next generation of CAR-T cell therapies.”

In addition, the researchers showed that their approach could, for the first time, replace in their entirety two genes associated with rare genetic immune diseases, the IL2RA and the CTLA4 genes. Unlike prior research, where small sections of the IL2RA gene could be replaced, the new system could offer a “one size fits all” approach that could treat many patients with different mutations in these genes, rather than having to generate personalised templates for each patient’s mutation.

The researchers are now seeking approval to advance clinical trials using non-viral CRISPR technology in both CAR-T cell therapy and the treatment of IL2RA deficiency.