Nilotinib, a treatment for leukaemia, improved cognition, motor skills and non-motor function in patients with Parkinson’s disease in a Phase I clinical trial… 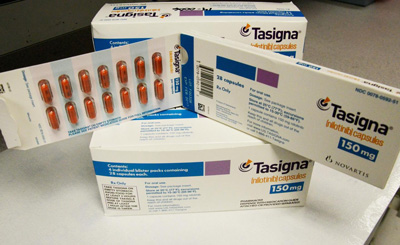 A treatment for leukaemia, nilotinib (Tasigna, Novartis), improved cognition, motor skills and non-motor function in patients with Parkinson’s disease and Lewy body dementia in a Phase I clinical trial. 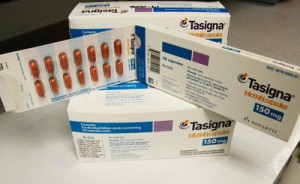 The researchers from Georgetown University Medical Centre(GUMC) also reported that the drug led to statistically significant and encouraging changes in toxic proteins linked to disease progression.

Charbel Moussa, MD, PhD, who directs Georgetown’s Laboratory of Dementia and Parkinsonism, conducted the preclinical research that led to the discovery of nilotinib for the treatment of neurodegenerative diseases. To conduct the clinical study, he partnered with Fernando Pagan, MD, a GUMC associate professor of neurology who directs the Movement Disorders Programme at MedStar Georgetown University Hospital.

“To my knowledge, this study represents the first time a therapy appears to reverse – to a greater or lesser degree depending on stage of disease – cognitive and motor decline in patients with these neurodegenerative disorders,” said Fernando Pagan, MD, a GUMC associate professor of neurology who directs the Movement Disorders Programme at MedStar Georgetown University Hospital. “But it is critical to conduct larger and more comprehensive studies before determining the drug’s true impact.”

“The changes in Tau, p-Tau, α-synuclein and Abeta-40 and 42 in spinal fluid suggest the clearance of toxic proteins in the brain,” Pagan explained.

Nilotinib use was associated with an increase of dopamine levels

The results should be interpreted with appropriate circumspection – there was no control group for comparison. Also, nilotinib was not compared with a placebo or other medications used to treat Parkinson’s in the study.

However, the researchers reported that during nilotinib use by the participants, production of dopamine increased in many patients, requiring doses of L-dopa and other dopamine-sparing drugs used to treat Parkinson’s to be lowered or stopped. Stopping nilotinib treatment appears to lead to cognitive and motor decline despite reinstating L-dopa therapies.

The study’s primary objective was to test safety. Researchers said that use of nilotinib, in doses much smaller than are used to treat cancer, was well tolerated with no serious side effects. In addition, researchers found that the drug penetrates the blood-brain barrier in amounts greater than dopamine drugs.

But the observed efficacy in cognition, motor skills and non-motor function improvement (such as constipation) for many patients was the most dramatic result, stated Pagan. The investigators reported that one individual confined to a wheelchair was able to walk again; three others who could not talk were able to hold conversations.

“Study participants with earlier stage disease responded best, as did those diagnosed with Lewy body dementia, often described as a combination of Parkinson’s and Alzheimer’s diseases,” Pagan said.