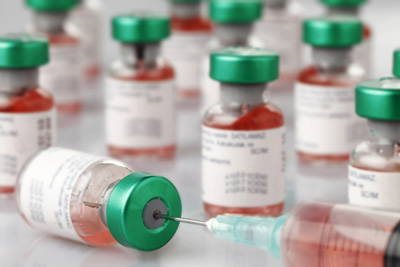 New data released by the World Health Organisation (WHO) shows that the number of measles-related deaths has decreased 79% from 546 800 at the beginning of the century to 114 900 in 2014. 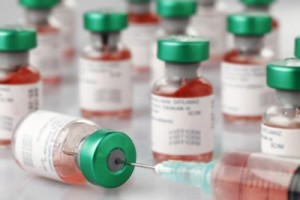 WHO estimates that 17.1 million lives have been saved since 2000, largely due to increased vaccination coverage against this highly contagious viral disease. Measles vaccination has played a key role in reducing child mortality and in progress towards Millennium Development Goal 4.

However, the new data published in this week’s edition of the Centers for Disease Control and Prevention’s (CDC), “Morbidity and Mortality Weekly Report” and WHO’s “Weekly Epidemiological Record”, shows that overall progress towards increasing global immunisation coverage has recently stagnated. While coverage with the first dose of the measles vaccine increased globally from 72% to 85% between 2000 and 2010, it has remained unchanged over the past 4 years.

“We cannot afford to drop our guard,” says Dr Jean-Marie Okwo-Bele, Director of WHO’s Department of Immunisation, Vaccines and Biologicals. “If children miss routine vaccination and are not reached by national immunisation campaigns, we will not close the immunisation gap.”

Based on current trends of measles vaccination coverage and incidence, the 2015 global milestones and measles elimination goals set by WHO’s Member States will not be achieved on time.

Although all countries include at least 1 dose of measles-containing vaccine in their routine vaccination schedule, only 122 (63%) have met the target of at least 90% of children vaccinated with a first dose. Additionally, only half of the world’s children are receiving the recommended second dose of the vaccine.

In the African Region, cases dropped from over 171 000 in 2013 to under 74 000 in 2014, likely due to campaigns in Democratic Republic of the Congo (DRC) and Nigeria. WHO’s Eastern Mediterranean, European and the South-East Asia regions also saw decreases in measles incidence in 2014.

Measles outbreaks, which happen when there are gaps in vaccination programmes, continue to pose a serious challenge to meeting global targets. The Americas and Western Pacific regions saw increased numbers of cases in 2014, mostly due to large outbreaks in China, the Philippines, and Viet Nam. In other regions, although the overall number of cases fell, some individual countries still had large outbreaks, including Angola, Ethiopia, India, the Russian Federation and Somalia.