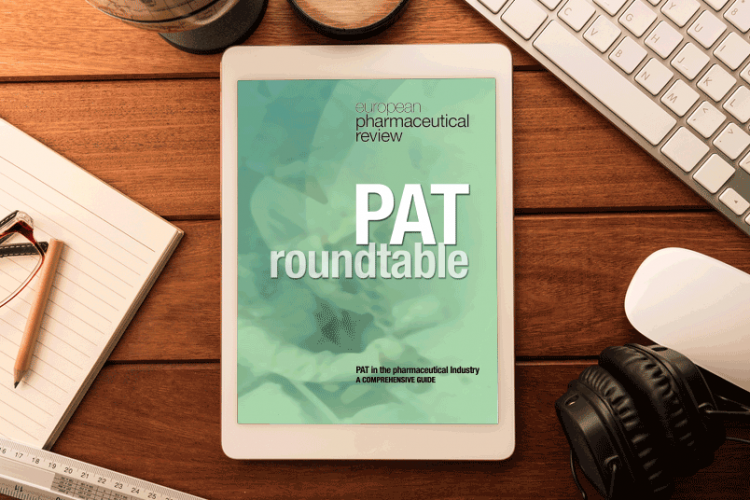 How do you currently view the impact PAT has had within the Pharmaceutical Industry?

Picariello: From a standards development perspective, the impact has been significant. Without PAT, there would be no ASTM International Committee E55 on Manufacture of Pharmaceutical Products. This committee has provided the unique opportunity for the entire stakeholder community (pharmaceutical manufacturer, equipment manufacturer, regulator, academician, etc.) to work in a truly collaborative environment, and in a process where all parties have exactly the same degree of authority. The E55 membership (approximately 250 individuals and organisations from 20+ countries) has harnessed the momentum generated by PAT to develop (to date) five technical standards in a diverse collection of subject areas:

Each of E55’s three technical subcommittees (E55.01 on PAT Management, E55.02 on PAT System Implementation & Practice, and E55.03 on General Pharmaceutical Standards) are in the process of vetting a series of additional standards, with work items under development in areas such as risk management, process understanding, continuous processing technology, qualification of PAT systems, and method validation.

Mattes: The application of near infrared spectroscopy (NIR) as a PAT tool has continued to grow over the last few years since FDA introduced the PAT initiative. In the highly regulated pharmaceutical environment PAT has had erratic starts due to the anxiety of GMP regulation and the industry reluctance to be first to make a paradigm shift.

Slapikas: While the PAT initiative has allowed on-line analysis equipment into the industry, precious few techniques, if any, are being used as day-to-day release tools. While much process knowledge is being gained the ultimate benefits have yet to be realized. This seems to be a problem on both the vendor and customer sides. The customer starts to see process details that have never been seen before and begins to question the reliability of the measurement while the vendors may not yet have a full understanding of the needs of the pharma industry and are not designing the right kinds of tools for that space. Both of these situations lead to longer acceptance of on-line techniques as the final authority on the process. My guess would be that we’re still two years away from seeing any kind of large-scale, automated, real-time release pharma manufacturing.

Warman: The main impact up to now has been a culture change. Products are now being developed under the principles of risk management, which means understanding the impact variability has downstream (whether that be during downstream processing or at the patient) and either reducing the impact (by making the downstream process able to tolerate the variance) or by control strategies (sometimes using tools to monitor changes in the process). In the early days the focus was on the tools, the focus now is on using the tools.

What technologies appear to be having the most effect upon movements to improve Process Optimisation within Pharmaceutical Manufacturing?

Mattes: NIR is particularly well suited to PAT in the pharmaceutical industry because it can be utilised for real-time in-line analysis since there is no sample preparation required and fibre optic probes can be multiplexed to a single analyser to measure numerous process points.

Slapikas: The optical techniques are in far more use than anything else. Once the initial chemometrics and calibration work is done, the machines can migrate from place to place with relative ease. Since the matrix of possible applications is greater than that of, say, mass spectrometry, one would expect to see more of these than any other technique. Again, being bound by the same kind issues as described in question one, deployment is still not on the scale one would expect.

How have regulatory bodies’ guidelines on PAT been received within the Pharmaceutical Industry?

Mattes: One sign of acceptance is represented in ASTM E55. They have standardised nomenclature and have recommended practices and reference standards for the pharmaceutical application of PAT.

Slapikas: I doubt that you’d find anybody in pharma who wouldn’t agree that more process knowledge is a good thing. If you can grab it on-line and near real-time speeds, all the better. Since the PAT initiative opened up this kind of activity, the guidelines are viewed favourably. The real fun will start when the techniques have been polished up and are ready to act as controlling agents. How the regulatory bodies will react to an on-line measurement releasing a product should be interesting to see.

Warman: Very well, for two reasons. There was a perceived regulatory restriction on the adaption of, what really are tools commonly in use in other industries. Even though there is no evidence that was the case and that perception was self-induced, the guidelines remove it. Also the guidelines, I believe intentionally do not tell us how to do this; they give frameworks within which to operate. The industry has to decide what is the optimal way to operate within the guidelines – they are business challenges being issued not new rules being set.

What can be done to make true Process Optimisation a reality within all levels of Pharmaceutical Manufacture?

Mattes: This will be difficult for existing processes where testing methods are already defined and implemented. For new products the PAT methods can be developed and implemented along with the product from the start. PAT will be driven by the cost effectiveness of sampling method. However, there have been many examples in the last few years where routine sampling by NIR would have detected discrepant product that was overlooked as in the cases of diethylene glycol, heparin and melamine.

Slapikas: A lot of instruments, a lot of data, and a whole lot of sleepless nights trying to figure out just what’s important.

Warman: The biggest thing is to learn from other industries. Take semi-conductor; they know the output variance of their products; they know what causes the output variance and they chose the control level they want to implement based on what the ‘process downstream’ can tolerate; but they also recognise one important benefit in reducing variance – it increases the ‘value’ (not price) of the product. Pharmaceutical Manufacturing may not have the same level of competition in the market place but there is still a significant ‘value’ to making a product with less variance.

What areas of the world have been most prominent in the adoption of PAT?

Mattes: Europe has been a leader as in the case of every container sampling versus the statistically unsubstantiated square root of N minus one method of sampling raw materials. Canada and the USA have followed that lead.

Slapikas: You can track PAT by tracking the migration of manufacturing from the States, through Puerto Rico, to Europe, and now to India and China.

Warman: In my opinion, for small molecule it is Europe, but this is probably due to the location of the manufacturing centres (API and secondary) for many large Pharma. Interestingly the large volume of manufacturing plants in places like Singapore seem to be slightly behind – although this may simply be due to the fact that they are making the newer, more robust processes so have less output variability. For bio and large molecule it is having a bigger impact in the US. It is worth highlighting however that many of these local implementations are not being done and is causing isolation. For new products they are a consequence of the developmental risk management process (which identifies the critical output variable, how to monitor the process parameters/variable and how to control). For existing products there is often local identification of an application which initiates a risk management process which pulls in expertise (both in the product (which maybe running in other locations), similar processes, as well as measurement and control technologies). This means the impact maybe local but the impact is a result of cross site activity.

How do you envisage the concept of PAT being adopted within the Industry over the coming year?

Mattes: Unfortunately due to economic downturn the adoption will not likely speed up this year. Hopefully this will be a time for PAT clarity and focus for pharmaceutical manufacturers to decide the most cost effective PAT implementation points of application.

Slapikas: The single biggest impact to PAT in the coming year will be how the contract manufacturing segment reacts to the whole idea. It’s no secret that more and more pharma manufacturing is moving out of the hands of the major pharma companies and into the hands of the contract folks. If the contract people see the benefits and are convinced of the ROI possibilities, 2009 may very well be looked at as a watershed year for the initiative. If, on the other hand, the contract segment feels that the status quo is ‘good enough” to meet current obligations and secure new business, PAT could stall.

Warman: Within the coming year, I would say ‘more of the same’. The cultural change has yet to become a behavioural one, by which I mean it is not yet second nature to those in the industry and needs continual nurturing. Also there are so many applications (in other industries every process and every process step are operated in this way – including requirements for suppliers to operate similarly) that we are still able to pick the ‘low hanging fruit’. But the most important thing is the change has started and the ‘majority’ now have process maps or blueprints which they follow for identification and execution of opportunities. The initiative has reached ‘critical mass’.