Nanobots have the capacity to precisely release drugs in the body for targeted delivery. Victoria Rees investigates several new developments in the nanobot field, to discover recent advances and how nanobot drug delivery systems may continue to evolve. 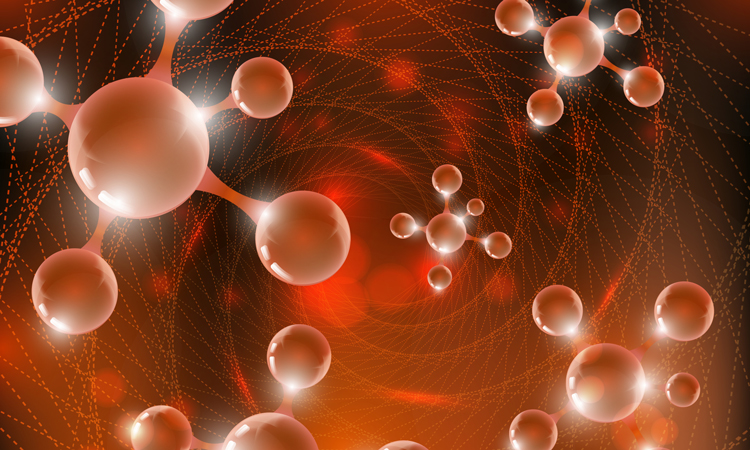 NANOBOTS HAVE great potential within the pharmaceutical industry to optimise drug delivery. Due to their small size, nanobots can enter and cross difficult‑to-reach regions of the body, such as the blood-brain barrier. They can also be programmed to ensure that the contents they carry are targeted to a certain location with a precise release mechanism. From proof-of-concept to pre-clinically successful nanobots, researchers have been able to demonstrate their potential. However, despite recent advances in the field, there are still improvements to be made.

How nanobots can be used as a drug delivery system

The ability of nanobots to encapsulate and release a targeted payload when directed affords a safe way to administer medicine that may be harmful to other areas of the body or to cross certain barriers. Here, three researchers discuss their work and propose how the technology could act as a form of drug delivery – from the precise release of the drug and the way in which systems can communicate, to the materials and shapes used to develop nanobots.

Due to their small size, nanobots can enter and cross difficult‑to-reach regions of the body, such as the blood-brain barrier”

Florian Lau from the University of Lübeck explained that one potential form of effective nanobot drug delivery could be through DNA self-assembly.1 Having been part of a team that designed this concept, he described how DNA building blocks, or DNA tiles, could self-organise into more complex structures that would act according to certain rules and communicate with nanobots to deploy a chosen compound around the body. To allow for special conditions, instructions can be encoded into the DNA to execute computations, resulting in the assembly process of a message molecule with a receptor or ligand. The DNA structure would only form once a certain environmental condition was met, to form a special marker. A nanobot would then detect the location of the DNA marker and release its payload. Lau explained that although his team’s design for nanobots would not allow them to be directed to a target area, they would only release their payload at the site of the DNA formation. This ensures the precise delivery of the chosen drug: “The nanonetwork we presented actually implements a distributed consensus among nanosensors that detected a sudden event,” he explained.

Another concept for a drug delivery system is a ring topology network to allow nanobots to communicate with one another.2 Daniel McGuiness from the University of Liverpool described a design he helped to develop for this concept. It requires three different forms of nanobot:

1. A singular gateway that could communicate with the outside environment

2. An intelligent capsule moving inside the body and delivering the payload

3. A stationary nanobot to hold the majority of the drug.

This system would operate through the detection of chemical imbalance, such as antibody concentration, using gradients. This would allow the intelligent moving nanobot to precisely release its contents when it identifies certain conditions. The main focus of his team’s research was the communication between the nanobots; the group propose using an electromagnetic approach with Terahertz (THz) frequencies or with molecular propagation (MC). The first nanobot would gather information and send this to other nanobots using the intelligent travelling bots. Therefore, this proposal would ensure that data could be effectively transmitted throughout the body, using a connected nanonetwork. 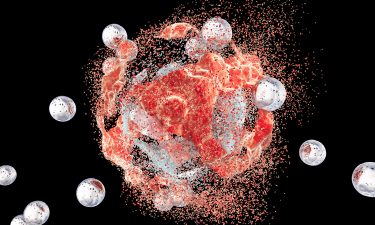 Professor Daniela Wilson from Radboud University designed a nanobot that addresses the size of nanoparticles used in drug delivery systems.3 The nanomotor system she reports builds hydrophobic polymersomes that are similar to cellular membranes, with an aqueous cavity inside where hydrophilic drugs can be stored. Her team developed nanoparticles made with the addition of polyethylene glycol (PEG), which allowed the size of the polymer to be reduced to 150nm. This is possible due to the ability of PEG to produce high osmotic shock on flexible polymersomes, transforming them into very small stomatocytes that can contain drugs or biologics. These structures are also reversible and can be converted back into polymersomes by adding an organic solvent. She explained that the catalyst on the outside of the nanobot could either be an inorganic particle or an enzyme, to direct the biological system and act as fuel, inspired by the chemotaxis of bacteria.

In recent years, nanobot design has improved in all aspects, from the delivery of the drugs to the composition of the nanoparticle. According to Lau, his research represents a major step forward for all the components of a nanonetwork, unlike previous research, which does not address all issues presented by nanobots. He asserts that the concepts proposed in his research could be possible now, including message distribution and construction techniques.

McGuiness suggested that his concept could be an improvement upon other techniques, as the stationary nodes can communicate with the travelling nanobots using a novel docking and departing process via a magnetic locking mechanism. Although this may present a security issue, as the information passed to the outside environment could be hacked, having a solitary nanobot reduces this risk, he explained.

Lastly, Wilson highlighted that her research not only focused on the shape of the vesicle, but the directionality of the nanobot towards a certain environment. She said that this emerging area of active therapeutics is different to nanobots being passive carriers and is being developed even further.

The future of nanobots

Arguably, nanobots are the future of targeted drug delivery. Although there are still advances to be made in the field, previous research indicates that they will be vital in combatting hard-to-treat diseases. A major challenge for most researchers, however, is ensuring that their concepts will be successful on the nanoscale. Lau explained that many scientists attempt to design nanobots on the microscale and then further miniaturise them, but this fails to produce the same effect. He added that the idea of self-assembly is the way forward for nanobot drug delivery, with the field showing some “very promising” developments. McGuiness also highlighted that dimensions need to be measured to the nanoscale, including the processor, RAM and all other technological components. This is a crucial part of future nanobot research, he explained, and the reason his team only designed their concept with parts that have already been constructed in a laboratory, such as carbon nanotubes and electromagnets. However, he also emphasised that the future of nanobot drug delivery lies within multidisciplinary work; from engineering to physics and medicine, as it is necessary for researchers to combine their knowledge in order for the potential of this technology to be realised. 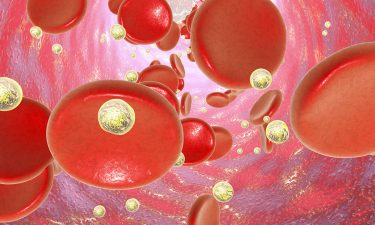 Wilson indicated another layer of complexity that could be added to nanobot design is to personalise the drug delivery system, to ensure its success in each individual. However, she also said that the preliminary data she has seen so far makes her enthusiastic that chemotactic behaviour is the way nanobots will be successful as a drug delivery system. She added that she views it as a “fascinating field,” which could have a strong impact in the field of drug delivery. All the researchers agree that the role of nanobots as a form of drug delivery will adapt and improve in the future, although it will take time to refine. It is important that the consequences of using nanobots in the body are fully understood and considered during any further developments.

Nanobots are an emerging field, showing great potential as a form of drug delivery. The ability to target difficult-to-reach areas of the body while carrying medicinal compounds is highly sought after as a biomedical application. The researchers all agree that, at present, the concepts and designs proposed could be successful and are very promising, yet improvements are needed before they can be used successfully. 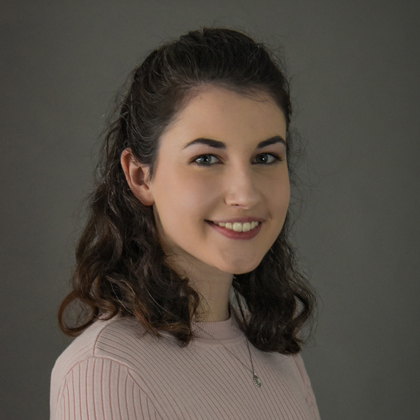