As the UK enters new territory following its departure from the EU, legal experts Marie Manley and Chris Boyle from Sidley Austin explore the resultant consequences for biopharma companies and the regulatory opportunities that lie ahead. 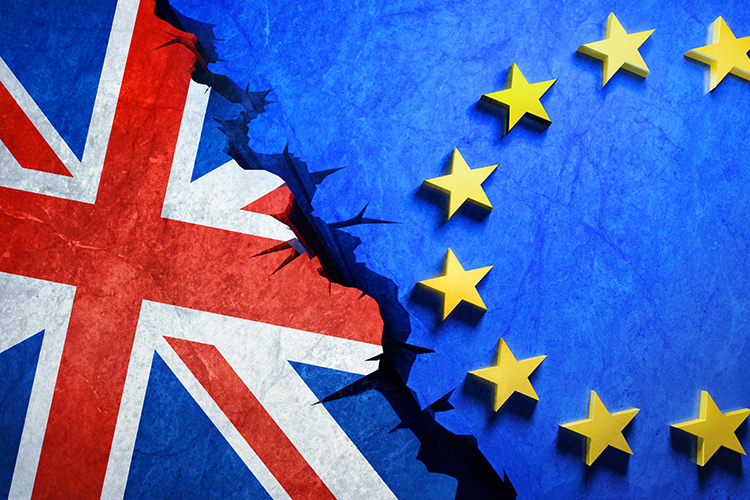 FOLLOWING THE UK’s departure from the EU on 31 January 2020 and the expiry of the transition period on 31 December 2020, the UK is now being treated as a ‘third country’ by the EU and new UK legislation has taken effect, crystallising the regulatory legal frameworks applicable to medicines. The recent conclusion of the Trade and Cooperation Agreement (TCA) has also lifted years of uncertainty regarding the future relationship between the UK and the EU. This is therefore a useful juncture for biopharma companies to take stock and assess the regulatory opportunities and challenges that lie ahead.

In October 2019, the UK and the EU concluded the Withdrawal Agreement, which provided an agreed framework for the UK’s departure from the EU. The Withdrawal Agreement included the creation of a ‘transition period’ for the continued application of EU law in the UK while a trade deal was being negotiated. After months of negotiations, the UK and EU finally concluded a TCA, mere days before the expiry of the transition period, narrowly avoiding a ‘no-deal’ scenario under which the UK and EU would have to operate on World Trade Organization terms.

The TCA has limited the immediate disruption to the supply of medicines, particularly by enabling tariff and quota-free trade between the UK and the EU (provided the rules of origin requirements are met). However, while the TCA streamlines some issues – for example, by enabling mutual recognition of good manufacturing practice (GMP) inspections and certificates – it has not avoided the regulatory consequences of the UK becoming a ‘third country’, as described below.

The TCA did not secure agreement on other key issues identified by the industry, such as mutual recognition on batch testing and release. This will lead to duplicative regulatory procedures and costly and time-consuming bureaucracy (with some limited exceptions for countries that have historically been dependent on medicine supplies from Great Britain, namely Ireland, Northern Ireland, Cyprus and Malta provided by a European Commission Notice1).

Consequences of the UK becoming a ‘third country’ for biopharma companies

At the heart of the regulatory changes for biopharma companies is the fact that the UK has become a ‘third country’ under EU law. This means that in order to commercialise medicinal products in the UK or the EU, companies must now comply with the applicable regulatory legal framework in each jurisdiction. This means that some regulatory activities, such as batch testing and qualified person certification conducted in Great Britain, will no longer be recognised in the EU.

Consequently, biopharma companies had to implement regulatory and, in some cases, structural changes in order to continue to market their products in the EU; for example:

The new regulatory framework for biosimilars in the UK

To minimise disruption and prevent the creation of a legal void, the regulatory framework for biosimilars that existed before the end of the transition period has effectively been preserved in UK domestic legislation pursuant to the European Union (Withdrawal) Act 2018 (EUWA) as ‘retained EU law’. By retaining a snapshot of EU legislation at its core, the UK has prevented substantial divergence to the regulation of biosimilars and other medicines – at least for the time being.

However, some changes have been immediately necessary,3,4 to enable the retained EU law to operate effectively. Among other things, these amendments enable the Medicines and Healthcare products Regulatory Agency (MHRA) to function as the UK’s standalone medicines regulator. Further amendments5 include the implementation of the Northern Ireland Protocol (NIP), pursuant to which the EU pharmaceutical acquis will continue to apply in Northern Ireland (subject to periodic consent of the Northern Ireland Legislative Assembly), adding an extra layer of regulatory complexity.

The UK Government has also signalled its intention to use the new Medicines and Medical Devices Bill to position the UK as a world-leader in innovation and life sciences, which could result in future regulatory divergence within the confines of existing international agreements and standards, as agreed in the TCA.

Where possible, the UK has taken a pragmatic approach to the post-transition regulation of medicines, to minimise disruption following its change in status to a ‘third country’ while taking advantage of the opportunity to improve existing regulatory pathways and create regulatory flexibilities; for example:

New opportunities for biosimilars in the UK

As part of its programme to make the UK a world leader in life sciences innovation while reducing the time to patient access for new medicines and technologies, the MHRA has introduced new MA procedures to prioritise access to new medicines and create new routes of evaluation for novel products and biotechnological products in the UK. This may enable expedited regulatory approvals for biosimilars in the UK under a new 150-day ‘accelerated assessment’ procedure or a new ‘rolling review route’ that involves a process of ongoing regulatory input and feedback designed to enable applicants to ‘get it right first time’. Rolling regulatory reviews have already performed an important role in enabling expedited access to COVID-19 vaccinations.

The MHRA has also consulted6 on further changes to its guidance that may streamline the licensing of biosimilars in the UK. Significantly, the consultation proposes that in most cases a comparative efficacy trial will not be considered necessary, provided that well-argued justification is provided, in contrast with the EMA’s approach. Additionally, no in vivo studies from animals are requested as the draft guidance states these are not relevant for showing comparability between a biosimilar candidate and its reference product. Furthermore, the MHRA has indicated that it may be willing to accept real-world evidence (RWE) in support of regulatory submissions.

Overall, companies now have greater certainty of the key regulatory foundations for biosimilars and a clearer view of the new normal for operating in the UK and the EU. However, the UK’s desire for nimble, forward-looking regulation may lead to greater divergence in the future. Equally, it remains unclear whether the UK would adopt any changes that follow from the EU’s new Pharmaceutical Strategy,7 which is considering targeted policies that support ‘greater biosimilar competition’ and clarification of the conduct of trials on patented products (the so-called ‘Bolar-type’ provision). No doubt, industry stakeholders will be desirous of regulatory alignment where possible and there is still hope that further mutual recognition agreements with the EU can be secured. Biopharma companies will need to continue to horizon-scan for new opportunities and challenges that will emerge from the evolving regulatory landscape.

Marie Manley is a partner and leads Sidley’s Life Sciences team in London. Marie is a distinguished thought leader and represents companies before the UK and EU court as well as before the regulatory authorities (eg, EMA, MHRA and NICE). She has previously worked in Switzerland, New York and Brussels.

Chris Boyle is a senior life sciences lawyer at Sidley who advises and litigates in the highly regulated fields of human medicines, veterinary medicines and medical devices. Chris has a strong legal and scientific background and is a qualified veterinarian.

This article has been prepared for informational purposes only and does not constitute legal advice. This information is not intended to create, and the receipt of it does not constitute, a lawyer-client relationship. Readers should not act upon this without seeking advice from professional advisers. The content therein does not reflect the views of the firm.