A number of pharmaceutical companies see great potential in a universal flu vaccine, each hoping they will be the first to gain regulatory approval of their candidates. European Pharmaceutical Review spoke with Gregory Stoloff, CEO of one such company, SEEK, to find out more… 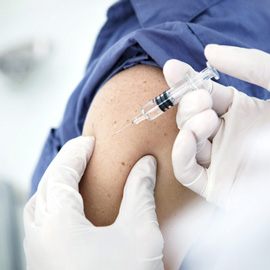 Each year, influenza (flu) viruses selected for inclusion in seasonal flu vaccines are updated based on which influenza viruses are circulating, how they are spreading, and how well current vaccine components protect against newly identified viruses. 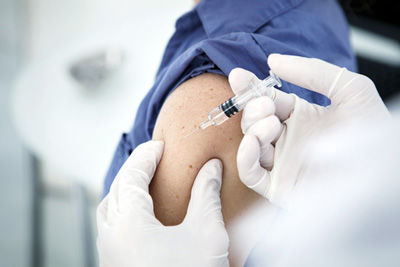 However, sometimes, as in 2014, the flu virus mutates after the seasonal vaccine has been selected, resulting in the vaccine, given to many thousands of people, becoming less effective. Perhaps as a consequence of this and due to a perception of lower vaccine effectiveness, fewer people are receiving the jab. In November, the Royal College of General Practitioners reported that uptake figures were down by 6%, compared with the same time last year, with some GP surgeries claiming that ‘fridges are full’ of unused vaccines.

But what if there was a ‘universal flu vaccine’ – a vaccine that would target all strains of the virus, thus removing the need for guesswork each year? A number of pharmaceutical companies see the potential in such a vaccine, each hoping they will be the first to gain regulatory approval of their candidates. European Pharmaceutical Review caught up with Gregory Stoloff, CEO of one such company, SEEK, to find out more about the universal flu vaccine.

Targeting a different part of the virus

Current seasonal flu vaccines target the surface proteins of the virus but it is these very proteins that change every year, meaning that an annual vaccine is required. However, the universal flu vaccine targets a different part of the virus, as Gregory explains: “The virus cannot change every part of itself. For example, the flu virus takes hold in the mucosal cell lining in the nose, throat and chest. If the flu virus changed that and wasn’t able to replicate in those cells, it wouldn’t be the flu anymore. So these viruses cannot change every bit of themselves, just the bits that aren’t critical. The universal flu vaccine looks for areas that never change and can’t change.”

This seems like an obvious solution, however, targeting the parts of the flu virus that do not mutate is not a simple process. “The issue with this approach is that most of those proteins are in the inside of the virus and not on the surface. To date, we like to kill something while it is travelling in the blood before it gets in our cells and starts replicating. That’s why we have antibody vaccines but you can’t do that with internal proteins so you have to let the virus get in to the cell and start replicating a little bit so it starts to unfold and present its inner proteins to the immune system.” 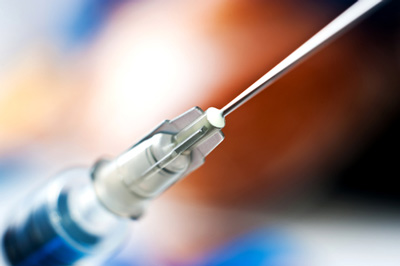 Scientists working on developing universal vaccines have to identify which conserved parts of the virus to target. Gregory discussed the creation of FLU-V, SEEK’s vaccine candidate: “There are about 20-30,000 conserved parts in a virus. You can’t create a vaccine with all of those. You have to have a system and method to identify the best ones to use. Everyone uses a different method to achieve that… We look for conserved regions in every protein but you don’t find conserved regions in every protein. We’ve ended up with an M1 protein, M2 protein and an NP protein for strain A and strain B. Our universal flu vaccine targets human and animal (A) and (B) strains.”

Because the universal vaccine targets areas of the flu virus that are consistent across all strains, it could help protect against pandemic strains. SEEK’s FLU-v, unlike seasonal flu vaccines, could also be manufactured on a large scale meaning that coverage could be universal rather than restricted to those deemed ‘at risk’. The seasonal vaccine delivers a whole virus that can be very expensive to manufacture and takes time. Gregory explains why FLU-v’s manufacturing process is superior to competitors’: “Our vaccine doesn’t deliver the whole virus, we only inject tiny pieces of the proteins and those parts can be made in a chemical factory where you just join them one-by-one. You can produce billions of quantity of a vaccine quickly and cheaply because you’re not growing anything. Other companies who don’t deliver the whole virus still deliver whole proteins of the virus and you still have to grow those in bacteria or yeast and again that’s limited and costly to do that.” 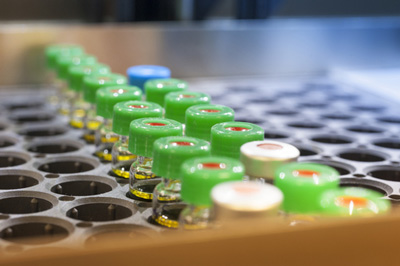 SEEK recently announced that it is to collaborate with the US National Institute of Allergy and Infectious Diseases (NIAID) to lead a study of FLU-v. Clinical studies will be performed to evaluate the efficacy and safety of SEEK’s FLU-v vaccine in the setting of the NIAID influenza human challenge model. In a ‘challenge’ trial patients are first provided with the trial medication and then ‘challenged’ with a known pathogen. “We’ve seen very good results to date that have shown that if you give one group of people our vaccine and if you give the others placebo, and you give them the flu then you find the ones with placebo get flu-like symptoms whereas those who were given vaccine have very mild symptoms, if any, and lower levels of viruses in their blood.”

The trial is expected to begin at the end of the first quarter of 2016 and SEEK hope for results to come out soon after: “The studies are very quick because you put trial participants in a facility for two weeks, isolate them, give them the flu and see the difference between the two groups. You don’t need to wait for the season to come around and you don’t have to wait for people to catch the flu naturally so you can do it very quickly with much lower numbers. Within a few months you have the answer and you know the outcome. We will be looking to enter between 80 and 100 people and if that data reflects earlier trials, then it is very likely that the regulators will give fast-track or breakthrough status. It could be in market within two years because there is such desperate need for it.”