Soligenix on IDR technology and SGX942 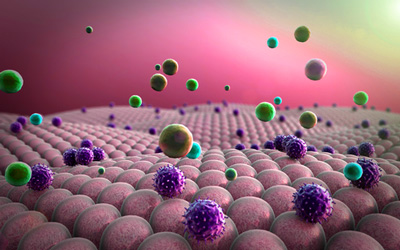 Soligenix recently published preclinical efficacy data demonstrating the mechanism and broad-spectrum activity of disquetide, a novel Innate Defense Regulator (IDR) and the active ingredient in the company’s lead IDR drug product SGX942 for the treatment of oral mucositis in patients with head and neck cancer. SGX942 demonstrated positive results in a Phase II clinical trial of oral mucositis in head and neck cancer patients receiving chemoradiation therapy, not only reducing the duration of severe oral mucositis, but also reducing the incidence of infection as well as potentially enhancing the anti-tumour response.

Soligenix began developing IDR technology in the context of infectious disease and government bio-defense vaccines before utilising this technology in their biotherapeutic pipeline. The Phase II results not only confirmed the potential efficacy of IDRs in the context of oral mucositis, but also prove that the unique biology of IDRs translates well into the human clinical setting.

We caught up with Dr Oreola Donini, Chief Scientific Officer of Soligenix, to find out more about IDR technology and SGX942.

What is IDR technology?

Dusquetide (also known as SGX94), is Soligenix’s lead IDR compound.  It has demonstrated preclinical activity in decreasing inflammation, increasing clearance of bacterial infection and increasing tissue healing.  All of these attributes have also been confirmed clinically in both Phase I and Phase II clinical studies.

Dusquetide (under the drug product name SGX942) is being evaluated in a Phase II clinical study in oral mucositis in head and neck cancer patients.  The combination of chemotherapy and radiation treatment for the head and neck cancer causes damage to the oral cavity, which results in painful ulcers which can inhibit speaking, swallowing, eating and even drinking.  The mucositis can be so severe that patients halt their life-saving tumour treatment.  Innate immunity has a strong impact in mucositis, and the inflammation associated with the innate immune response to the tissue damage caused by the chemotherapy and radiation is believed to exacerbate the damage caused by the tumour treatment.  Treatment with SGX942 reduced the duration of severe oral mucositis in this patient population.  At the same time, the incidence of infection was also decreased. These results demonstrated that the IDR technology translates well from preclinical animal models to the clinical setting.

How do IDRs differ from antibiotics?

Antibiotics directly target the bacteria – encouraging bacterial cell death through a variety of mechanisms.  IDRs do not interact with the bacteria.  Rather, they augment the host response to the bacteria, enhancing the normal responses of the innate immune system.  Because IDRs do not target the bacteria directly, it doesn’t matter how the bacteria behave, if they are intracellular or extracellular, have developed adaptations to antibiotics or not, have gram-positive or gram-negative membranes.  Thus, IDRs are very broad spectrum.  In contrast, antibiotics are usually directed to only a subset of bacteria, depending on their specific mechanism.

Could IDRs present a solution to antimicrobial resistance?

Absolutely, IDRs actually have a number of advantages:

Tell us more about the IDR compound SGX942 and its efficacy in oral mucositis.

SGX942 (with the active ingredient dusquetide) is the lead clinical IDR.  A phase II clinical study in oral mucositis is ongoing and results from the treatment phase were announced in December 2015.  This exploratory study achieved all objectives, including identifying a best dose of 1.5 mg/kg. The study enrolled 111 patients across three SGX942 dose groups (i.e., 1.5, 3.0, and 6.0 mg/kg) and a placebo group and evaluated patients undergoing CRT for head and neck cancer. In the 1.5 mg/kg treatment group, the median duration of severe oral mucositis was decreased by 50%, from 18 days to 9 days (p=0.099), meeting the prospectively defined statistical threshold of p<0.1 in the study protocol. Further, patients receiving the most aggressive CRT in this dose group had even more striking reductions in their median duration of severe oral mucositis of 67%, from 30 days to 10 days (p=0.040). Clinicians are most concerned about severe oral mucositis, which includes patients who cannot eat and/or drink due to their mouth ulcers.

In addition to the oral mucositis findings, a trend towards increased incidence of “complete response” of tumour at the one month follow up visit was observed (47% in placebo vs. 63% in SGX942 at 1.5 mg/kg). Decreases in mortality and significant decreases in infection rate were also observed with SGX942 treatment.

The findings in oral mucositis, infection and even the potential for tumour control were all observed in the preclinical studies, and this study provided confirmation that all the preclinical activities (including  fighting a variety of bacterial infections) translated to the human situation.

We are continuing to pursue SGX942 in oral mucositis, with plans to initiate a Phase III study in 2017.

Do Soligenix have other products in development that use IDR technology?

We are pursuing other indications, including bacterial infections and sepsis, with the dusquetide moiety. For instance, we recently demonstrated activity in infection against B. pseudomallei, an antibiotic-resistant organism endemic in southeast Asia and a Category B Biothreat agent.

Further details on IDR action in infection control can be found in the following publications: