The importance and efficacy of epigallocatechin and epicatechin

Plant extracts have been used in African folk medicine to treat a wide array of infections, especially in Nigeria, for centuries. This article considers the potential medicinal uses and efficacy of the flavonoids epigallocatechin and epicatechin, which can be extracted from the Spondias mombin plant. 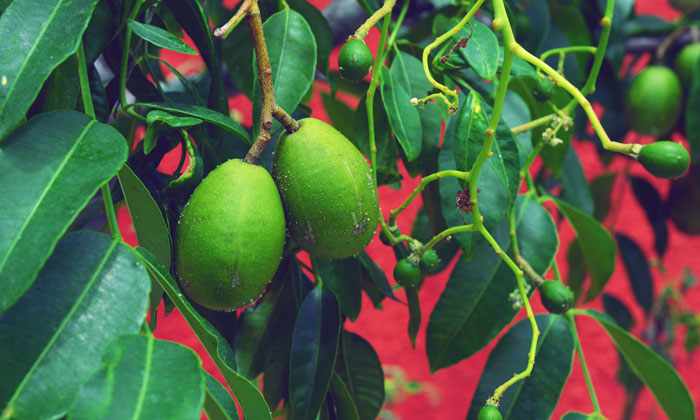 Compounds such as saponin, alkaloids, polyphenols, glycosides and terpenes are present in Spondias mombin extracts. Epigallocatechin and epicatechin are flavonoids that are part of the polyphenol group. They were found in the Spondias mombin medicinal plant for the first time through isolation of active components but are also major constituents of tea, fruits and chocolate. Epigallocatechin and epicatechin have been extensively researched for their diverse actions on human health and as therapeutic agents in the treatment of various human infections, especially resistant emerging and re-emerging infections. They are potent antioxidants, with antiviral, antimalarial and anticarcinogenetic properties, among others. Frequent consumption of epigallocatechin and epicatechin has been proven to have health benefits.

They exhibit a promising future as a drug formulation that is cost-effective, highly biocompatible, and with low toxicity. Spondias mombin is a fructiferous tree found in Nigeria, Brazil and several other tropical forests in the world. This plant is common in the south-west of Nigeria (Yoruba region) and is commonly used in folk medicine. Various cultures maintain it in their collection of traditional medicine substances. Spondias mombin belongs to the family Anacardiacae; it grows in rainforest and coastal areas and can reach a height of 15-22m. The trunk has deep incisions in the bark that often produce a brown resinous substance. The leaves and flowers are at the end of the branches. Before the tree starts to flower, it strips itself of most of its leaves. The fruit, a 4cm-long oval yellow plum, has a leathery skin and a thin layer of fruit pulp with an exotic taste. It hangs in numerous clusters of more than a dozen on the tree. Very rich in vitamins B1 and C, the fruit mostly exists as an oval seed.1

Epicatechin is a type of flavonoid which is mainly found in Spondias mombin green tea (Camellia sinensis) and dark chocolate. Polyphenols constitute 30-40% of the extractable solids from the dried stem bark. The main catechins present are epicatechin, and epigallocatechin.2 Epicatechins have proven diverse benefits to human health, reducing the risks of diabetes mellitus and cardiovascular diseases. Their pharmacological effects are anti-hyperlipidaemic, anti-inflammatory, antioxidative, anticarcinogenic, and cytoprotective. These flavonoids can be used as therapeutic agents individually or in combination with other synthetic drugs and antibiotics to produce a new generation of phytopharmaceuticals.

Epigallocatechin (EGC) is the most abundant, potent polyphenol and is responsible for most of the therapeutic benefits (either clinical, animal or cell culture studies) of Spondias mombin. It has various medicinal potentialities which include antimicrobial properties against resistant microorganisms, where it acts by either disrupting the cell membrane, inhibiting the biosynthesis of the cell constituents, disrupting cell signalling, or damaging DNA. Its most important antioxidant property is crucial in treating chronic diseases related to oxidative stress, cardiovascular, neurodegenerative diseases and cancer. Research on this property revealed information about its cardiovascular and antihypertensive activity, which enables EGC to prevent platelet aggregation, lower cholesterol and inhibit lipid peroxidation.3

In in-vitro studies using an albino rat model, EGC lowers the risk of cancer development by binding to various key proteins, thus affecting the signalling pathways, followed by growth inhibition due to apoptosis or suppression of angiogenesis and metastasis.4 EGC can also slow brain ageing and other neurodegenerative diseases such as Alzheimer’s and Parkinson’s, as demonstrated in mouse model studies.5 It shows anti-hypercholesterolaemic (anti-obesity) activity and promotes weight loss through fat oxidation.6 Animal studies have demonstrated that EGC is an efficient agent in preventing the development of type 1 and 2 diabetes.7 EGC increases lysosomal acidification, and regulates autophagy and lipid clearance in the liver due to its anti-steatotic property.4 EGC, in a dose-dependent manner, shows an anti-inflammatory property by reducing the release of cytokines/chemokines responsible for inflammation.8 Its anti-allergic property strongly inhibits activation of mast cells and expression of high-affinity IgE receptor.9

Epicatechins are effective scavengers of free radicals such as reactive oxygen and nitrogen species and superoxide. In a study on the effect of Spondias mombin extract in intoxication of the liver, the extract scavenged free radicals and protected the liver from oxidative stress that would have brought about hepatic carcinogenesis.10 Epicatechin and other polyphenols decrease the susceptibility of low-density lipoprotein to oxidation, which prevents the initiation of artherosclerosis.11 HIV proteins Tat and gp 120 are known to cause neurotoxicity in humans via mechanisms that activate macrophages and glial cells and, finally, oxidative stress. Epicatechins are neuroprotective because they block the neurotoxic effects of the HIV proteins that cause oxidative stress.10 Pre-treatment with epicatechin prior to exposure of gamma radiation prevents hepatic and testicular damage. Damage would be due to oxidative stresses produced by the formation of free radicals as a result of radiation. Epicatechin is radioprotective, especially to patients undergoing radiotherapy.11

Hepatitis C virus (HCV) is an RNA virus that chronically infects about 160 million individuals. It is a member of the Flaviviridae family and is associated with life-threatening diseases like cirrhosis, liver failure and hepatocellular carcinoma.12 HCV infection can be spread via cell-to-cell transmission. Entry of virus is a multistep process which involves endocytosis and fusion of the viral membrane with the host membrane. EGC can prevent this cell-to-cell transmission due to its unique ability to inhibit the attachment of HCV and its entry into the host cell by impairment of virus binding to the cell, thereby preventing its RNA replication. Moreover, a single-dose concentration of EGC ranging from 50-1,600mg is sufficient to inhibit HCV and is safe for human volunteers.13 It is responsible for increasing the lipid droplet formation and impairment of lipoprotein secretion in hepatocytes, both of which are crucial for the life cycle of HCV.14

EGC affects each step of the HIV life cycle, from cell attachment, virus entry, replication cycle, to the expression of mRNA. It also interferes with RIGHT: Epigallocatechin virus infectivity by binding to the surface of the viral envelope and deforming the phospholipids, followed by lysis of the virus particle.15 The attachment of the gp120 envelope protein to the CD4 receptor on T-helper cells initiates the entry of HIV-1 into the host. EGC blocks the interaction of gp120 and CD4 and prevents the attachment of HIV-1 virions.16 This catechin inhibits reverse transcriptase (RT), which catalyses the conversion of RNA into DNA and integrase enzyme, which splice synthesised DNA into the host cell genome.15 EGC also inhibits viral production from infected cells and the level of expression of viral mRNA; it was able to alter the physical integrity and agglutinate the virus, preventing them from adsorbing on Madin-Darby Canine Kidney (MDCK) cells.17 It also ceased the growth of influenza virus by inhibiting the acidification of intracellular compartments like endosomes, lysosomes, etc, and inhibited entry by binding to haemagglutinin.18

Another virus against which EGC exerts activity is the adenovirus, a non-enveloped virus composed of a nucleocapsid and a double-stranded linear DNA genome. Approximately 5-10% of upper respiratory infections in children are caused by this organism. Weber and co-workers concluded that EGC inactivated adenoviruses and inhibited the viral protease activity.18 It was found to be most effective during the transition from early to late phase of the infection and also inhibited the late stages of viral infection followed by its intracellular growth.18

In conclusion, epigallocatechin and epicatechin are proven to be nature’s extraordinary therapeutic agents. More time and attention should be spent on developing them as a sustainable drug for the prophylaxis and treatment of complications and diseases.

ADEYINKA T AINA is Innovation Fellow at the Pharmaceutical Manufacturing Technology Centre, University of Limerick. He has extensive research experience in pharmaceutical and biomedical applications. He did his doctoral training at the Laboratory of Biophysics and Surface Analysis at the School of Pharmacy, University of Nottingham.

OLUMIDE K INYANG is a graduate research fellow at the Centre for Biocomputing and Drug Development in Adekunle Ajasin University, Nigeria, where he recently completed his BSc degree in Biochemistry. He is interested in cancer therapeutics by deploying molecular biology and biocomputational tools.

OGUNLEYE ADEWALE JOSEPH is a graduate research fellow at the Centre for Biocomputing and Drug Development in Adekunle Ajasin University, Nigeria, where he recently completed his BSc degree in Microbiology. He majors in addressing health challenges posed by infectious agents by deploying molecular biology and bio-computational tools.