Burkholderia cepacia complex (BCC) isolates are causes of healthcare-associated infection, especially in relation to contamination of aqueous inhalers and some intravenously administered products. The bacterial species can cause opportunistic infections in vulnerable individuals, especially those with cystic fibrosis (CF) 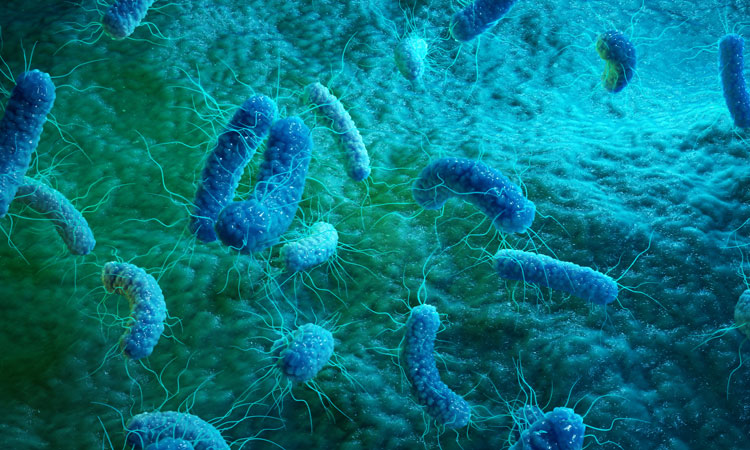 The organisms can cause pneumonia in immunocompromised individuals (especially when introduced into the air passages of a susceptible population). In the past decade, organisms that fall within the BCC grouping have been identified as potentially ‘objectionable’ within the pharmaceutical manufacturing environment; especially given the connection between such organisms and non-sterile products and the target patient population that includes the young, elderly and immunocompromised.1

While regulatory interest in BCC organisms has been high – culminating with the U.S. Food and Drug Administration (FDA) making a call for manufacturers to test certain non-sterile pharmaceuticals for the organisms, in the wake of a series of product recalls involving Burkholderia cepacia complex and cases of patient infection2 – no standard test method existed until a recent proposal appeared in the Pharmaceutical Forum.3

This article briefly reviews the Burkholderia cepacia complex and the risk it poses to vulnerable patients, before discussing test methods and method qualification. Central to this discussion is the new proposed USP method designed for manufacturers of non-sterile, water-based drug products.

Burkholderia is a genus composed of more than 60 organisms, many of which were formerly classed as Pseudomonas species (family: Burkholderiaceae; phylum: Proteobacteria). Within the Burkholderiaceae is the Burkholderia cepacia complex, a group of some 20 organisms (the actual number is a matter of taxonomic debate, falling between 17 and 20 species) subgrouped into nine genomovars (that is, phylogenetically differentiable but phenotypically indistinguishable bacteria). The BCC is a group of species that are so closely related that they can, for the most part, only be differentiated using a combination of multiple molecular diagnostic procedures. These organisms are rod-shaped Gram-negative bacteria of the β-proteobacteria subdivision. This group is composed of a range of plant, animal, and human pathogens and is widespread in both natural and ‘as built’ habitats. Examples of natural habitats include soils, plant rhizospheres, water, and agriculture products.4

BCC organisms are common in the environment – including water – and hence are ubiquitous to most environments. In drug product manufacturing, the most common point of origin is with pharmaceutical water systems; a review by this author indicated that organisms fall into the top five category of recovered water-borne contaminants, as assessed over a 15-year period. This related to recoveries of water microbiota from both purified water and Water-for-Injections systems.5 The presence of BCC organisms, along with other Gram-negative bacteria of concern, is foremost due to poor water system design, operation and monitoring.

When examining samples for BCC, standard bioburden tests are unlikely to be sufficient. Instead it is necessary to use a pre-enrichment recovery step, analogous to those developed for other Gram-negative organisms, like Salmonella species, prior to selective cultivation to maximise the acclimation of these sometimes-fastidious microorganisms.

In recent years, microbiologists have attempted to use the test for bile-tolerant Gram-negative bacteria, intended to detect bacteria like Escherichia coli and Pseudomonas aeruginosa, as described in Ph. Eur. 2.6.13 and USP<62>, in the absence of other criteria. The primary aim of the test is to detect possible indicators of faecal contamination. This test may detect some types of BCC organisms; however, the culture media are not optimal. The test uses Enterobacteria Enrichment Broth Mossel for the enrichment step and Violet Red Bile Glucose Agar for culturing. A further concern is that slower growing Burkholderia cepacia can be missed on such media due to overgrowth caused by other faster growing organisms. Alternative methods use MacConkey agar or even cetrimide agar. More success has been achieved by using MacConkey agar since not all Burkholderia cepacia complex isolates can grow in the presence of cetrimide (cetyltrimethylammonium bromide). However, MacConkey agar alone is not completely effective.

In interpreting the medium, Burkholderia cepacia colonies are typically translucent and rough. On BCSA, the growth of B. cepacia will cause a colour change in the media from red-orange to yellow (Henry et al, 1996). Other agars theoretically capable of recovering BCC organisms include Pseudomonas cepacia (PC) agar, or oxidation-fermentation polymyxin-bacitracin-lactose (OFPBL) agar (Vermis et al, 2003).

In the event that suspected BCC growth is detected, due to the fact that no cultural method is truly definitive, the identification of any suspect colonies is required. This identification can be problematic since B. cepacia has a diverse genetic composition making accurate identification using phenotypic tests difficult. Many biochemical identification test systems have difficulty differentiating between the genera Ralstonia, Burkholderia, Cupriavidus, Pandoraea, Achromobacter, Brevundimonas, Comamonas and Delftia; this is compounded when attempting to differentiate within the Burkhoderia genera (the species members are phylogenetically very closely related with little differences in the way of phenotypic characteristics). For example, B. cepacia is closely related to the bacterial species B. gladioli.7

Furthermore, any culture-based method carries concern regarding the potential for nutrient shock to occur when subculturing isolates onto nutrient-rich media, as cultivation conditions may cause false-negative results. Related to this, the testing time of a sample needs to be considered. The microbial growth kinetics of many BCC organisms, due to their recovery from low-nutrient conditions, can often result in an extended lag phase. Moreover, certain product ingredients can have an impact on microbial growth kinetics.8 By testing too early there may be insufficient bacterial cells for a BCC contaminant to be detected. This issue is also tackled through understanding the likely types of BCC contaminants and undertaking risk profiling.

Alternatively, there are culture-independent rapid microbiological methods that are suitable, such as epifluorescence tests. Another possibility for testing is by using polymerase chain reaction (PCR), which amplifies specific segments of DNA. Jimenez and colleagues developed a Ready-To-Go PCR beads and specific DNA primers for B. cepacia, which demonstrated a 100% correlation between standard methods and the PCR assay, with results obtained within 27 hours. The research showed how the rapid PCR detection of B. cepacia in pharmaceutical products allowed for faster detection times and higher resolution when compared with standard, multiple procedure microbiological methods.9 Variant PCR methods, with amplification of the 16S rRNA gene followed by restriction enzyme-mediated fragmentation of the amplicon (restriction fragment length polymorphism analysis), have also demonstrated success, as have semi-nested polymerase chain reaction approaches.10

To assess method suitability for water or a raw material, method verification is useful (although the degree to which this is necessary depends on the status of the method, in terms of compendia, and the view of the relevant regulatory agency). The proposed USP method requires method suitability testing to assess the ability of the test to detect BCC in the presence of the product to be tested. For this, the incubation time for the method suitability should not exceed the shortest incubation period specified.3

The method validation approach can either use laboratory strains or cultures that have been deliberately held in a stressed state prior to testing (such as being acclimatised by holding the organism in distilled water for a prolonged period or the organism being held at a temperature equivalent to the manufacturing environment), or perhaps both.11 For some microbiologists, this stress state assessment is necessary to overcome the weakness methods that rely upon the growth of microorganisms on the specific substrates in the media, since some environmentally isolated bacteria will either not grow on the media substrates or instead will grow too slowly to be detected by conventional incubation times. This is the result of environmental adaptations, which alter the physiological state of an organism leading to reduced metabolic reaction rates and cell sizes. Laboratory culture favours the use of type Burkholderia cepacia (ATCC 25416) for examining samples of water.

Whether additional test organisms will prove useful depends on the types of BCC organisms that might be found within the facility. This requires microbiota profiling and adding such findings to a risk assessment. Once the most common types of BCC bacteria have been identified (such as the common water contaminant Burkholderia multivorans), they need to be added to the method suitability tests conducted for each material to show that low levels of BCC organisms can be recovered.

This article has outlined the risk that is posed to the pharmaceutical environment (particularly water systems) and hence the potential risks to patients, especially those who use aqueous based inhalers. In light of the U.S. FDA calling on manufacturers to test for such organisms, two types of tests have been outlined: culture-based and genetic based. Up until now, no agreed standard has existed. This looks set to change with the proposed USP Chapter 60 “Microbiological Examination of Nonsterile Products—Tests for Burkholderia cepacia Complex”.3 This article has signalled this forthcoming change and the usefulness of the forthcoming test method for microbiologists tasked with testing water systems and products that are at risk from BCC organisms. 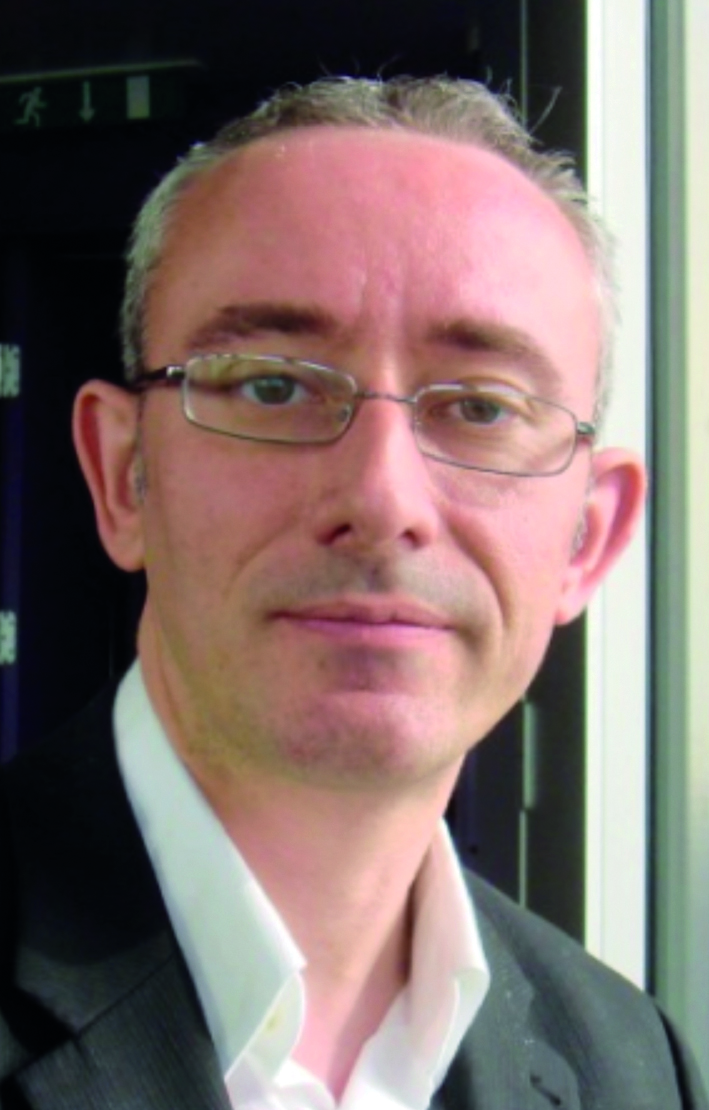