Trends to watch out for in the pharmaceutical robot market 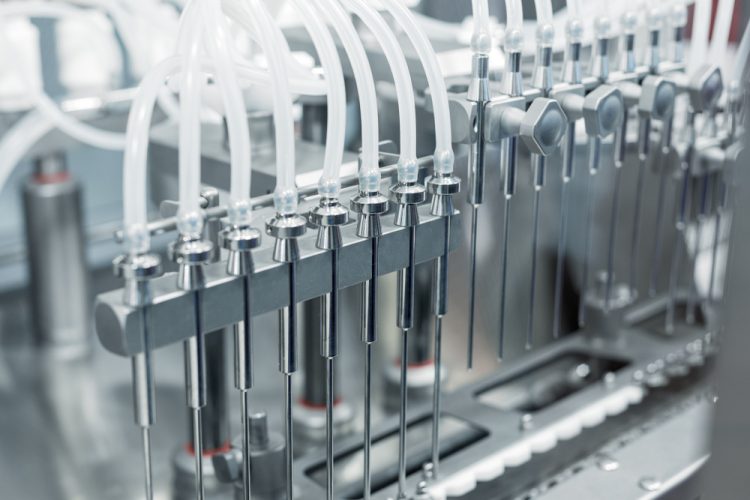 New market research suggests the global pharmaceutical robot market is expected to value $296.4 million by 2028, registering a compound annual growth rate of 9.3 percent in the forecast period (2021-2028). According to the analysts, the growing need for automation in manufacturing units, coupled with the high costs of new drug discovery, is significantly increasing the demand for robotics in clinical trials, drug discovery and laboratories will promote growth.

According to the report the numerous advantages offered by robotic systems in product manufacturing are driving their adoption and therefore promoting the growth of the market. Some of the benefits include improved production output and product quality, increased production flexibility, utilisation of less space, no labour turnover, low operating costs, enhanced health and safety, reduced production downtime and better waste management. The report states, as a result, that the long-term benefits of robots make them a cost-effective instrument in manufacturing processes, resulting in a higher return on investment, despite high initial investment for installation.

The authors also wrote that the COVID-19 pandemic has prompted the adoption of pharmaceutical robots, enabling companies to overcome labour shortage, decrease manufacturing costs and increase in-house manufacturing through automation rather than outsourcing. This is likely to continue post-COVID-19 as companies continue to work to mitigate the risks exposed by the pandemic in the global supply chain.

Additionally, the analysts suggest technological advancements and increasing investment will also drive the growth of the market.

According to the authors, traditional robots held 64.1 percent of the market share in 2020, because of their increasing adoption in material handling, picking and packaging, palletising and inspection. However, collaborative robots or cobots, which work alongside humans rather than substituting them, are anticipated to grow the fastest during the forecast period, since they are cheaper and easier to handle and maintain than traditional solutions. The authors also suggest that cobots being lightweight and requiring minimum skills to handle is revolutionising manufacturing units. According to the report, many pharmaceutical companies have been replacing traditional robots with cobots to increase flexibility and efficiency.

Pharmaceutical companies accounted for 66.9 percent of the market by end-user in 2020 and is anticipated to grow the fastest over the forecast period. According to the report this is because of the wide range of applications for robot-assisted activities, including picking and packaging, inspection of drugs and in-house laboratory applications. In addition, the increasing application of robotics in pharmaceutical manufacturing is aiding repeatability and reproducibility, while reducing human errors. The rise in the demand for new drugs has resulted in an increase demand for automated equipment to facilitate productivity.

Their application in research laboratories is also growing, as laboratory automation has revolutionised the R&D sector and facilitated rapid test analysis. In addition, robotic machines offer benefits such as higher consistency, better record-keeping, product integrity and traceability in laboratory applications. The authors of the report cite a rise in demand for efficient workflow management in research laboratories and the rise in the number of initiatives being undertaken by private and public players to promote automation as key factors boosting the adoption of pharmaceutical robot solutions, aiding market growth.

The analysts reported that the picking and packing segment was the largest in 2020, accounting for 54.9 percent of the market, and is also anticipated to witness the fastest growth during the forecast period. According to the report, pick and place allowing conservation of floor space thereby leading to optimum utilisation of workspace is just one reason robots are being adopted in this space. Cobots are widely used for picking and packaging in the pharma industry.

The authors noted that while pharma companies account for the majority of end users, the rise in drug discovery and diagnostic testing has led to the high growth of laboratory applications in the pharmaceutical robot market. Such applications include laboratory automation and vial handling. Since robots minimise the potential for human contamination, their use in laboratories not only improves the efficiency of processes, but also enhances the quality of the products. As a result, this segment is expected to witness considerable growth in the forecast period.

Asia Pacific accounted for the largest share of the market (41.9 percent) in 2020 and is anticipated to witness the fastest growth during the forecast period. This is attributed to the presence of a large number of local pharma companies in countries such as Japan. In addition, in 2019, China was the largest market for industrial robots, according to the International Federation of Robotics (IFR). The report also states that a rise in the number of initiatives undertaken by Chinese government will also increase the adoption of industrial robots, fuelling growth. For instance, in 2016, the Chinese government launched the Robotics Industry Development Plan (2016-2020) to develop 100,000 industrial robots produced by domestic technology annually by 2020.

Additionally, an article published by Mint in April 2020 suggested that the adoption and usage of robotic technologies are expected to increase in India across all types of healthcare settings, despite their high prices, owing to the availability of a smaller number of healthcare professionals for more than 1.3 billion population. All of these will drive the expansion of the pharmaceutical robot market.

The authors also wrote that growth in the North American market can be attributed to a large number of robot installations in the region. According to the IFR, 33,000 industrial robots were sold in the US in 2017 and so has a high penetration of pharmaceutical robots, with the number expected to grow in the near future due to a rise in the number of pharmaceutical companies in the country. The IFR also stated that North America is in the process of strengthening its pharmaceutical manufacturing units to compete with the global market through the automation of its production facilities.