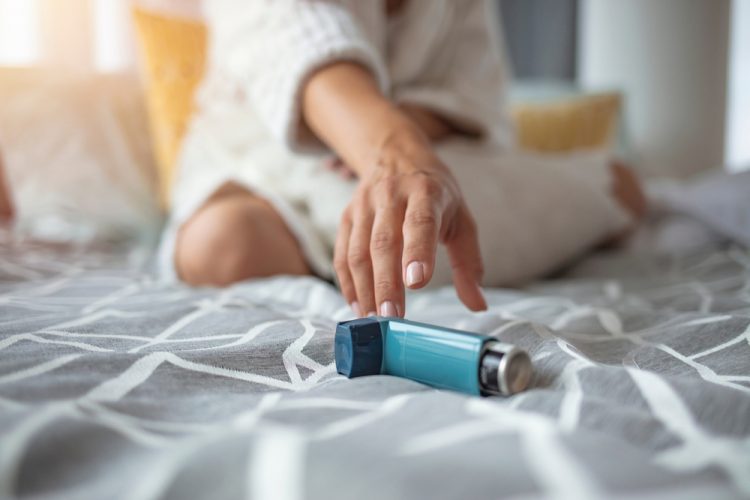 Avillion have announced positive high-level results from the MANDALA and DENALI Phase III trials of PT027 (albuterol/budesonide). At both 180/160mcg and 180/80mcg doses PT027 met all primary endpoints and demonstrating statistically significant benefits in patients with asthma versus individual components albuterol (salbutamol, 180mcg) and budesonide (160mg). PT027 is a potential first-in-class inhaled, fixed-dose combination of albuterol and budesonide being developed by AstraZeneca and Avillion.

MANDALA is a Phase III, randomised, double-blind, multi-centre, parallel-group, event-driven trial evaluating the efficacy and safety of PT027 compared to albuterol on the time to first severe asthma exacerbation in 3,132 adults and children aged four years and older, with moderate to severe asthma, taking inhaled corticosteroid (ICS) alone or in combination with a range of asthma maintenance therapies, including long-acting beta2-agonists (LABA), leukotriene receptor antagonists (LTRA), long-acting muscarinic antagonists (LAMA) or theophylline. The trial comprised a two to four-week screening period, at least a 24-week treatment period and a two-week post-treatment follow-up period.

Patients were randomly assigned to one of the following three treatment groups in a 1:1:1 ratio: PT027 180/160mcg, PT027 180/80mcg or albuterol 180mcg, taken as a rescue medicine in response to symptoms. PT027 and the albuterol comparator were delivered in a pressurised metered-dose inhaler (pMDI). The primary efficacy endpoint was the time to first severe asthma exacerbation during the treatment period. Secondary endpoints included severe exacerbation rate, total systemic corticosteroid exposure over the treatment period, asthma control and health-related quality of life.

DENALI is a Phase III, randomised, double-blind, placebo-controlled, multi-centre, parallel-group trial evaluating the efficacy and safety of PT027 compared to its components albuterol and budesonide on improvement in lung function in 1,001 adults and children aged four years and older with mild to moderate asthma previously treated either with short-acting beta2-agonist (SABA) as needed alone or in addition to regular low-dose ICS maintenance therapy. The trial comprised a two-to-four-week screening period, a 12-week treatment period and a two-week post-treatment follow-up period.

The dual primary efficacy endpoints were a change from baseline in FEV area under the curve 0 to six hours over 12 weeks of PT027 compared to budesonide, to assess the effect of albuterol and a change from baseline in trough FEV at week 12 of PT027 compared to albuterol to assess the effect of budesonide. Secondary endpoints included the time to onset and duration of response on day one, number of patients who achieved a clinically meaningful improvement in asthma control from baseline at week 12 and trough FEV at week one.

The safety and tolerability of PT027 in both trials were consistent with the known profiles of the components.

“All patients with asthma are at risk of severe exacerbations, regardless of their disease severity and many are known to overuse short-acting bronchodilators,” commented Mene Pangalos at AstraZeneca. “These exciting results with PT027 bring us one step closer to providing an innovative and superior treatment approach for asthma by preventing exacerbations.”