Vaccination for measles must be scaled up in Ebola-affected countries, says the World Health Organization 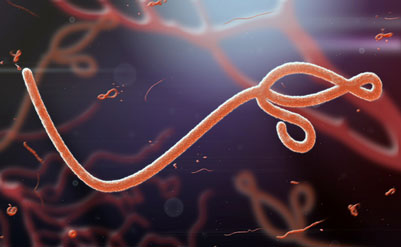 A growing risk of outbreaks of measles, pertussis, and other vaccine-preventable diseases in countries affected by Ebola must be countered by urgent scaling up of routine immunisation activities, according to the World Health Organization (WHO). 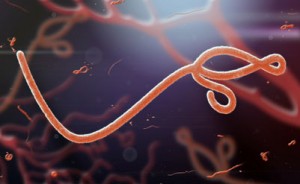 “We are calling for the intensification of routine immunisation services in all areas, and for mass measles vaccination campaigns in areas that are free of Ebola transmission,” says Dr Jean-Marie Okwo-Bele, Director of Immunization, Vaccines and Biologicals at WHO.

The Ebola outbreak, which has infected some 24,000 people and killed around 10,000 of them, has also reduced vaccination coverage in Guinea, Liberia and Sierra Leone, as health facilities and staff focus on halting the outbreak.

“Any disruption of immunization services, even for short periods, will result in an increase in the number of susceptible individuals, and will increase the likelihood of vaccine-preventable disease outbreaks,” according to a WHO note sent to countries this week. The new guidance for immunisation programmes in the African Region in the context of Ebola to help countries maintain or restart immunisation services includes infection control precautions for health workers. The document notes that for countries not affected by Ebola, routine immunisation and surveillance “should continue using the normal safe injection and waste disposal practices.”

Mass vaccination campaigns for measles in areas that are free of Ebola transmission should be implemented to reduce the risk of significant measles outbreaks, the guidance notes.

During the Ebola outbreak, people infected with malaria have been unable to get treatment, either because they have been too afraid to seek help at health centres or because such facilities have been closed.

To rapidly reduce the malaria burden and the number of febrile people with malaria presenting at Ebola evaluation facilities, WHO recommended mass drug administration (MDA) of anti-malarial medicines to all eligible people in areas heavily affected by Ebola. MDA campaigns with first line anti-malaria drugs were carried out in Sierra Leone and Liberia from October 2014 to January 2015, reaching an estimated 3 million people through door-to-door distribution, reducing malaria and the risk of Ebola transmission to malaria patients.

“This focus on vaccinations and malaria is part of WHO’s efforts to support countries in early recovery, including infection prevention and control in non-Ebola health care settings, strengthening of the health workforce, disease surveillance, and safe essential health services, ” says Dr Edward Kelley, director of Service Delivery and Safety at WHO.

Liberia has completed two rounds of immunisation against several diseases, and Guinea carried out similar activities in Ebola-free provinces in October and November 2014. Sierra Leone has put in place infection prevention precautions, and supported health facilities to scale up their routine service delivery. Liberia and Guinea have done measles outbreak response vaccination activities targeting under- five children in outbreak districts, and Guinea is putting together an outbreak response plan targeting 10 additional districts.

Before widespread vaccination, measles caused an estimated 2.6 million deaths each year. The disease remains one of the leading causes of death among young children globally; some 145 700 people died from measles in 2013 – mostly children under the age of 5. It is about 400 deaths every day or 16 deaths every hour.

Most measles-related deaths are caused by complications associated with the disease more commonly in children under the age of 5, or adults over the age of 20. Complications include blindness, encephalitis (an infection that causes brain swelling), severe diarrhoea and related dehydration or severe respiratory infections such as pneumonia