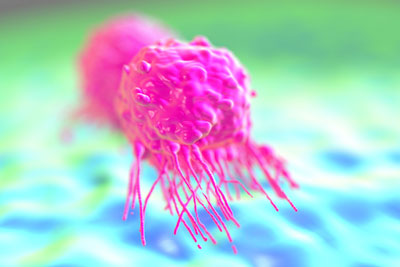 Results from the Phase 3 PALOMA-3 study demonstrate that palbociclib in combination with fulvestrant was superior to treatment with fulvestrant alone by significantly extending progression-free survival (PFS) in women with hormone receptor-positive (HR+), human epidermal growth factor receptor 2-negative (HER2-) metastatic breast cancer whose disease has progressed during or after endocrine therapy. 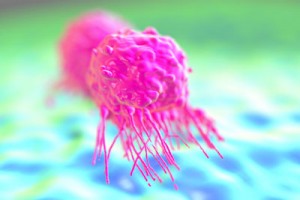 “The current treatment options available for patients with this type of metastatic breast cancer present challenges for physicians and patients, as demonstrated by the limited clinical benefit of additional lines of endocrine therapy, and by the difficult side effects of chemotherapy,” said principal investigator Nicholas C. Turner, MD, PhD, consultant medical oncologist at The Royal Marsden and Institute of Cancer Research in London, United Kingdom Turner. “The PALOMA-3 results demonstrate that palbociclib in combination with fulvestrant more than doubled the time before disease progression compared to fulvestrant alone, and suggest that palbociclib could be a promising treatment option for women with HR+, HER2- metastatic breast cancer after progression on endocrine therapy.”

“The results of PALOMA-3 are compelling and provide evidence that could potentially expand the role of palbociclib as an innovative first-in-class therapy for patients with metastatic breast cancer,” said Dr Mace Rothenberg, senior vice president of Clinical Development and Medical Affairs and chief medical officer for Pfizer Oncology.

PALOMA-3 is a multi-centre trial with more than 140 global sites participating and 521 patients enrolled. The study was designed to assess the PFS of palbociclib in combination with fulvestrant vs. fulvestrant plus placebo in pre/perimenopausal and postmenopausal women with HR+, HER2- metastatic breast cancer whose disease has progressed during or after endocrine therapy. Pre/perimenopausal women also received ovarian suppression (goserelin).

Vikki Orvice, a patient on the PALOMA-3 study since June 2014, said, “The treatment has had a very swift effect – by the end of 2014 the tumour had shrunk in size, and is still shrinking now. I am so grateful for the opportunity to be on the trial. I don’t like to think what would happen without this study and the care I have received at The Royal Marsden.”

As previously disclosed, the PALOMA-3 study met its primary endpoint of PFS at the interim analysis and was stopped early in April 2015 due to efficacy based on an assessment by an independent Data Monitoring Committee (DMC). Benefit from palbociclib was also demonstrated across all pre-specified subgroups, including both pre/perimenopausal and postmenopausal patients. At the time of the PFS analysis, overall survival (OS) data was immature.

Based on the results of PALOMA-3, Pfizer is in discussions with global regulatory authorities to determine next steps to potentially make palbociclib available for women with HR+, HER2- metastatic breast cancer whose disease has progressed following endocrine therapy. As previously disclosed, Pfizer intends to file a Marketing Authorisation Application for palbociclib to the European Medicines Agency (EMA) in the second half of 2015.