How a TV programme changed patients’ use of statins

More than 60,000 Australians are estimated to have reduced or discontinued their use of prescribed statins following the airing of a TV programme… 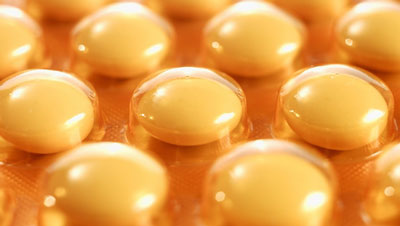 More than 60,000 Australians are estimated to have reduced or discontinued their use of prescribed cholesterol-lowering statin medications following the airing of a two-part TV series that was critical of statins. 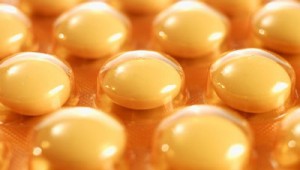 The Catalyst TV programme, aired in October 2013, questioned the link between cholesterol and heart disease and suggested that the benefit of statins for preventing cardiovascular disease had been exaggerated.

The analysis of the Pharmaceutical Benefits Scheme medication records of 191,000 people revealed that there was an immediate impact after Catalyst was aired, with 14,000 fewer people dispensed statins per week than expected.

“In the eight months following the Catalyst broadcast, an estimated 60,897 fewer people had statins dispensed than expected. If patients continue to avoid statins over the next five years, this could result in between 1,522 and 2,900 preventable, and potentially fatal, heart attacks and strokes,” explained the authors of the new study, published in Medical Journal of Australia.

Statins are widely used drugs recommended internationally to prevent and manage the risk of cardiovascular events such as heart attacks and strokes, in people at risk of cardiovascular disease. Following the broadcasts, health experts were highly critical of the programme for misrepresenting scientific evidence and scaring people away from prescribed medications.

The ABC subsequently removed the episodes from the Catalyst website after an internal review found that the episodes on statins had breached its impartiality standards.

Lead author, Andrea Schaffer from the University of Sydney‘s Faculty of Pharmacy, stated, “The impact of the programme was not only immediate, but long-lasting. Statin dispensings were significantly lower than expected for the entire 8-month post-broadcast period we examined. It is unclear how long this change will last.”

“What is particularly concerning is that this drop in statin use was seen in people who were at high risk of cardiovascular disease – for example, those who were also taking medications for diabetes,” said Associate Professor Sallie Parson, senior author on the study and Scientific Director of the Centre of Research Excellence in Medicines and Ageing.

“Heart attacks and strokes are the main killers of people with diabetes. Statins are recommended for people at high risk of cardiovascular disease because they have been shown to be effective. However, like all medications, they have risks and benefits and should only be used as recommended.”

Prior to the airing of the Catalyst episode on statins, Professor Emily Banks – a co-author of the new MJA study – raised concerns that the programme could have adverse health impacts, “The media has a critical role to play in questioning the status quo and in helping people to make sense of health information. These findings demonstrate the power of the media and how serious the consequences can be if reporting is not balanced and informed.”

“At the time the Catalyst programme went to air, we expressed concern that people prescribed statins may stop taking their medicine without talking to a health professional,” said NPS MedicineWise CEO, Dr Lynn Weekes. “In light of the findings of this study, we would like to re-emphasise how important it is to have a conversation with your doctor before making decisions about your prescription medicines.”

The CEO of the Consumers Health Forum, Leanne Wells, said, “This study highlights the hazards for consumers of accepting media stories on medicine and applying them unquestioningly to their own health care.

“It is a timely warning to the very many people who may depend on the internet and the mass media to guide their medical care.

“As we said at the time, patients should consult their doctor before stopping their medication. Consumers need balanced information about medicines and their health.”