St John’s Wort, a herbal medicine used in the treatment of depression, has been found to cause the same adverse reactions as prescription antidepressants… 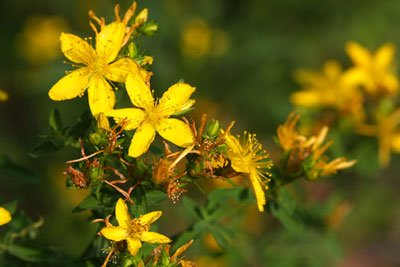 St John’s Wort, a popular herbal medicine used in the treatment of depression, has been found to cause the same adverse reactions as prescription antidepressants. 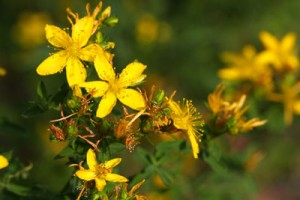 According to new research by the University of Adelaide, St John’s Wort can produce the same adverse reactions as fluoxetine, and serious side effects can occur when the two drugs are taken together.

In a study, researchers found the adverse reactions were the same for people who took St John’s Wort as it was for those who took fluoxetine. The study found that St John’s Wort caused dangerous increases in body temperature and blood pressure.

University of Adelaide pharmacology PhD student Claire Hoban warns that St John’s Wort, like all herbal medicines, is a drug and can therefore cause serious side effects.

“There is a common belief that because something is natural and can be purchased from a health food shop without a prescription, it’s safe. However, people need to start thinking of St John’s Wort, and other herbal medicines, as a drug and seek advice from a qualified healthcare practitioner to be sure they use it safely,” said Hoban. “It’s concerning to see such severe adverse reactions in our population, when people believe they are doing something proactive for their health with little risk.”

“We found that the reported reactions for St John’s Wort were very similar to fluoxetine, which included anxiety, panic attacks, dizziness, vomiting, amnaesia and aggression,” she said.

Dr Ian Musgrave, Senior Lecturer, Discipline of Pharmacology School of Medical Sciences at the University of Adelaide, said the real danger is that people can access St John’s Wort without a prescription so there is no control over the dosage or what drugs people are using it with.

“Most people taking St John’s Wort will not have any adverse reactions; however, those who do take it should tell their doctor and pharmacist,” said Dr Musgrave.

He said doctors and pharmacists need to know about all the drugs their patients take, not just prescription drugs, because herbal medicines like St John’s Wort can have serious reactions with some pharmacy medicines, like antidepressants, the contraceptive pill and some blood thinners.

“Based on this research, I’d also like to see bottles of St John’s Wort containing improved warnings of the potential adverse reactions,” he said.

The study is published in the journal Clinical and Experimental Pharmacology and Physiology.

Could medicinal cannabis be the answer to the opioid crisis?