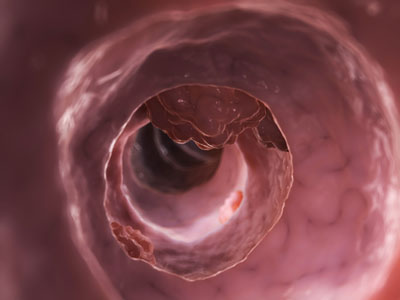 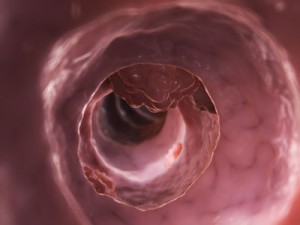 Prof Fortunato Ciardiello from Seconda Università degli Studi di Napoli presented results from the CAPRI-Goim study on the efficacy of cetuximab plus FOLFOX chemotherapy as second-line treatment for patients with mCRC that progressed following FOLFIRI chemotherapy and cetuximab.

Following first-line treatment, patients experiencing disease progression were randomised 1:1 to receive second-line treatment of FOLFOX plus cetuximab (Arm A) or sole FOLFOX (Arm B). The primary endpoint of the study was progression-free survival (PFS) and secondary endpoints were overall survival (OS), response rate and safety.

“We are presenting final results for PFS, response rate and OS from the second part of the CAPRI study, which evaluated the so-called ‘beyond progression’ concept,” Ciardiello said.

Analysis of these data in the overall intent to treat population showed an advantage in PFS favouring Arm A that did not reach statistical significance; Median PFS was 6.4 months in Arm A compared to 4.5 months Arm B.

“We therefore looked for patient characteristics that would account for this result; next generation sequencing (NGS) of the genes of interest was performed on the archival tissue samples from the patients’ primary tumours,” explained Ciardiello.

The investigators used the Ion AmpliSeq Colon and Lung cancer panel, comprising 500 hotspot mutations in 22 genes, and Ion Reporte Software. NGS was possible in 117 (76.5%) patients and revealed that 66 patients had “all RAS” wild-type tumours with no mutations in KRAS; NRAS; BRAF; or PIK3CA genes and 51 patients had tumours harbouring a mutation in at least one of these genes. KRAS exon 2 mutations were found in approximately 15% of the tumours that were originally identified as wild-type.

“The most important thing we found was that when we considered patients regarding the KRAS, NRAS, BRAF and PIK3CA genes we could have two patient populations: one that was multiple wild-type and normal for all 4 genes and another of patients that were mutated in at least one of these genes. In the patients with at least one mutation in one of these genes, there was a detrimental effect from FOLFOX plus cetuximab in progression-free survival, response rate and overall survival,” Ciardiello commented.

Whereas the mutation free, quadruple wild-type population showed significantly prolonged PFS, and improved OS and response rates with second-line cetuximab regimen, this treatment had the opposite effect upon patients with genetic mutations in the EGFR pathway. The cetuximab regimen demonstrated significantly longer PFS in patients with quadruple wild-type tumours.

“An Important finding from this study is those patients with tumours which were multiple wild type –that means no mutation in the KRAS, NRAS, BRAF and PIK3CA genes, were most likely to be EGFR-dependent; in fact, these patients had significantly better progression-free survival when treated with cetuximab and chemotherapy than when treated with chemotherapy alone, hazard ratio 0.56, which was significant (p = 0.025). Response rate was also improved, as was overall survival, HR 0.57 (p = 0.056),” said Ciardiello.

Prof Andrés Cervantes, Biomedical Research Institute, INCLIVA, University of Valencia, Spain, ESMO spokesperson, not involved in the study, added, “This is a new understanding of how to treat a select group of patients that are wild-type for the KRAS, NRAS, BRAF and PIK3CA genes who can be treated with the same anti-EGFR antibody and a change in chemotherapy following progression. In the intent to treat analysis there is no benefit from this treatment, however the patients showing no mutation do benefit from this approach.”

Ciardiello added, “A word of caution; these results generate a very important signal that deserves to be further explored in a larger, randomised, phase 3 study, that continuing anti-EGFR treatment while switching the chemotherapy backbone in second line is feasible past progression and by identifying patients whose tumour is EGFR dependent; that by identifying wild-type status for KRAS, NRAS, BRAF and PIK3CA genes, also identifies patients responsive to this treatment.”