Atezolizumab is poised to become a major bladder cancer therapy in the race for FDA approval, following its promising performance in recent Phase II trials… 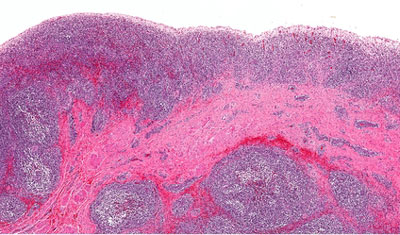 Roche’s atezolizumab is poised to become a major bladder cancer therapy in the race for US Food & Drug Administration (FDA) approval, following its promising performance in recent Phase II trials, says an analyst with research and consulting firm GlobalData. 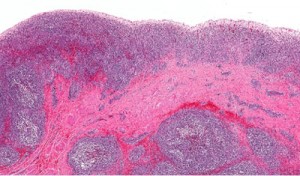 According to Cai Xuan, Ph.D., GlobalData’s Analyst covering Oncology and Haematology, this observation, along with similar results for other Programmemed Cell Death Protein 1 (PD-1) inhibitors in development for various cancers, opens up a market for companion biomarker tests that can be used to identify patients who would likely benefit from PD-1/PD-L1-targeted therapies.

Xuan said, “Atezolizumab’s Phase II results were preceded by an encouraging Phase Ia trial, during which the drug caused tumors to shrink in 50% of patients previously treated for PD-L1-positive, metastatic urothelial bladder cancer.

“In this trial, 20% of patients made a full recovery, while 57% with the highest PD-L1 expression levels were still alive one year after treatment. The most frequently observed adverse events were fatigue, asthenia, and nausea, affecting 16%, 13% and 11% of patients, respectively.”

Atezolizumab will face strong competition from Opdivo and Keytruda

The analyst expects atezolizumab to face strong competition in the bladder cancer treatment arena, especially from Bristol-Myers Squibb’s Opdivo (nivolumab) and Merck & Co.’s Keytruda (pembrolizumab). These three drugs have initially been targeted towards patients with locally-advanced and/or metastatic bladder cancer, with the possibility of expanding to multiple indications within the bladder cancer setting in the future.

Xuan continued, “With regards to future indications, Roche currently has a broader development programme for atezolizumab in bladder cancer, with the IMvigor 211 Phase III trial evaluating the drug in comparison with standard-of-care chemotherapy in patients with relapsed urothelial bladder cancer.

“Additionally, the IMvigor 010 Phase III trial will evaluate atezolizumab as an adjuvant therapy in early-stage, PD-L1-positive, muscle-invasive bladder cancer patients, who are at risk of recurrence. The potential to expand into multiple indications will make this drug an important player in a wave of long-awaited bladder cancer treatment innovation.”

Trends in the CDMO industry for 2020