PHE calls for pregnant woman to have whooping cough vaccine 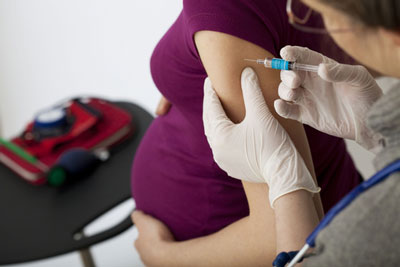 Public Health England (PHE) is calling for pregnant women to take up the whooping cough (pertussis) vaccine in order to protect themselves and their babies from this serious disease. 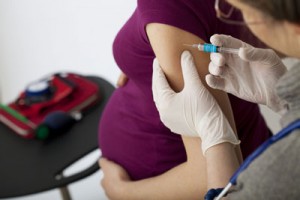 Recently published data on incidence shows that confirmed cases of whooping cough in babies under 3 months of age remain low, indicating that the vaccination programme is protecting young babies from birth. But the figures also show that, overall, reported whooping cough cases are still at raised levels in England, meaning that babies born to unvaccinated mothers remain vulnerable to the disease in their first few weeks of life.

There were more laboratory confirmed whooping cough cases reported in 2015 to the end of June (1744 cases) than in the same period last year (1412 cases). These totals remain higher than those observed before the whooping cough outbreak began, although they are lower than the numbers observed during the comparable period in 2012 and 2013.

Whooping cough (pertussis) is an acute respiratory infection, which usually begins with mild, cold-like symptoms that develop over one to two weeks into coughing fits that can be severe. The cough can often last for two to three months. However, whooping cough can also be fatal, particularly in young babies before they are protected by their first dose of vaccine at 2 months.

Pregnant women in the UK have been offered whooping cough vaccine since October 2012 in response to the national outbreak. PHE research discovered that babies born to women who were vaccinated at least a week before birth had a 91% reduced risk of becoming ill with whooping cough in their first weeks of life, compared to babies whose mothers had not been vaccinated.

For the first time, the coverage figures are also reported by ethnicity to assist and inform local health teams in their planning to increase uptake. This investigational data shows that coverage varies significantly by ethnicity with the highest coverage observed in White-British, Chinese and Indian ethnic groups and lowest coverage in Black and ‘Other’ ethnic groups.

Professor John Watson, Deputy Chief Medical Officer said, “Babies too young to start their vaccinations are at greatest risk from whooping cough. It’s an extremely distressing illness that can lead to young babies being admitted to hospital and can potentially be fatal.

“Deaths in infants with whooping cough have reduced significantly since the introduction of the vaccine for pregnant women in 2012 so I encourage all pregnant women to take up the pertussis vaccine when offered.”