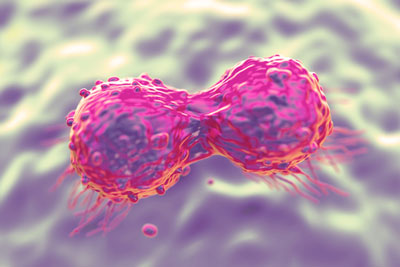 An international study, led by Dr Nicholas Turner from The Institute of Cancer Research, London, and The Royal Marsden NHS Foundation Trust, has found that a  combination of two drugs delays progression of advanced, aggressive breast cancer by an average of nine months – working in all subsets of the most common type of breast cancer.

The combination – of a first-in-class targeted drug called palbociclib, and the hormone drug fulvestrant – slowed cancer growth in around two thirds of women with advanced forms of the most common type of breast cancer.

The combination allowed many women with metastatic hormone-receptor-positive, HER2-negative cancer to delay the start of chemotherapy, which is the traditional treatment option in these patients once hormone drugs have stopped working.

The study updates the results of a major phase III trial published last year. The results confirm the prior benefit observed with palbociclib, and show that palbociclib works regardless of how sensitive patients’ cancer was to earlier hormone therapy.

The new research shows that even women with specific genetic changes conveying resistance to hormone therapy can benefit from the new drug combination.

In the trial, researchers followed 521 women allocated to receive either palbociclib and fulvestrant, or a dummy pill and fulvestrant. Women in the palbociclib plus fulvestrant group took a median of 9.5 months to progress, as measured by CT and MRI scans, compared with 4.6 months in the placebo group.

67% of women given palbociclib plus fulvestrant showed clinical benefit

The study also aimed to assess whether cancers with particular genetic traits responded less well or better to the combination than others.

Mutations to the gene PIK3CA represent the most common genetic event in breast cancer, and mutations in the gene are associated with a shorter response to hormone therapy.

The research showed that using ‘liquid biopsies’ that measure cancer DNA circulating in the blood to detect PIK3CA, and tests for blood hormone levels, the palbociclib combination worked in all types of hormone-receptor positive, HER2 negative breast cancer.

Commenting on the study, Dr Nicolas Turner, said: “Our research underlines the effectiveness of palbociclib with fulvestrant in metastatic breast cancer and, importantly, demonstrates its benefit in all types of hormone-receptor positive breast cancer. We hope our results lead to the adoption of this drug combination in breast cancer, where it delays the need to start chemotherapy by an average of nine months.

Vikki Orvice, a patient from the Royal Marsden hospital who took part in the trial, commented: “So far the results have been amazing and I wouldn’t like to think what would have happened without this trial or The Royal Marsden.

“If someone saw me in the street they wouldn’t know that I was ill. I have slowed down a bit but lead a relatively normal life spending time with family and travelling. I work full-time as a sports journalist and I’m aiming to go to the Rio Olympics.”