Emma Walmsley will succeed Andrew Witty as GSK CEO, when he retires on 31 March 2017, making her the first female CEO of a major global pharmaceuticals company. 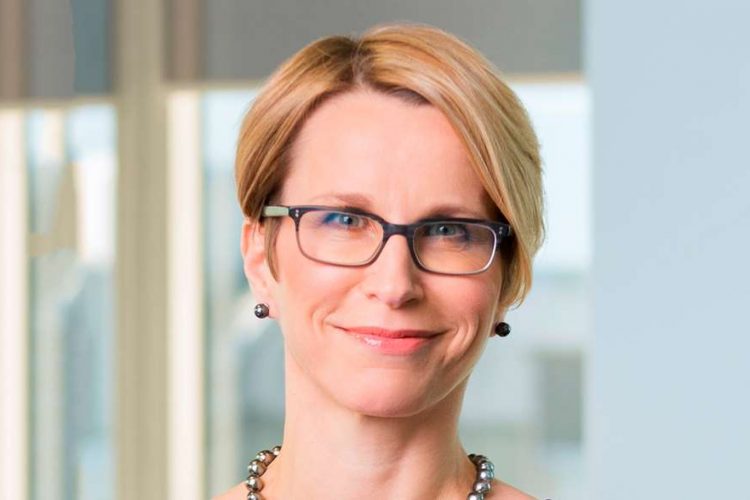 Emma Walmsley will succeed Andrew Witty as GSK CEO, when he retires today, Friday 31 March 2017. She will be the first female CEO of a major global pharmaceuticals company.

Walmsley said she’s ‘hungry to learn’ and is “extremely competitive”

Women at the top

Walmsley will be one of just six female chief executives in the FTSE 100. EasyJet, Imperial Brands, Whitbread, Royal Mail and Kingfisher are also run by women.

GSK, with a market value of £80bn, is more than twice as big as the next largest female-led company, the tobacco company Imperial Brands, which is valued at £37bn.

She will start on a pay package 25% lower than her predecessor Andrew Witty, who retires this week.

GSK’s most recent annual report indicates her basic salary will be about £1m. Her pension and potential for earning through bonuses and long-term performance targets are also lower.

Her annual bonus target will be 100pc of salary compared with Sir Andrew’s 125pc, meaning in total she could receive as much as £8.8m for the year compared to Sir Andrew’s earning potential of £11.6m.

Emma is currently CEO of GSK Consumer Healthcare, one of the world’s largest consumer health companies, established in 2015 following completion of GSK’s three-part transaction with Novartis.

Prior to this, Emma was President of GSK Consumer Healthcare and has been a member of GSK’s Corporate Executive Team since 2011.

Emma joined GSK in 2010 from L’Oreal where, over the course of her 17-year career, she held a variety of marketing and general management roles in the UK, Europe and USA. From 2007 she was based in Shanghai as General Manager, Consumer Products for L’Oreal China.

Emma Walmsley said, “I am delighted and honoured to be appointed GSK’s next CEO. GSK is a company that leads both in science and in the way it does business. We have momentum in the Group and as the demand for medical innovation and trusted healthcare products continues to rise, we have the opportunity and the potential to create meaningful benefits for patients, consumers and our shareholders. I’m looking forward to working with Andrew and other leaders over the next few months to ensure a smooth handover and to develop plans for 2017 and beyond.”