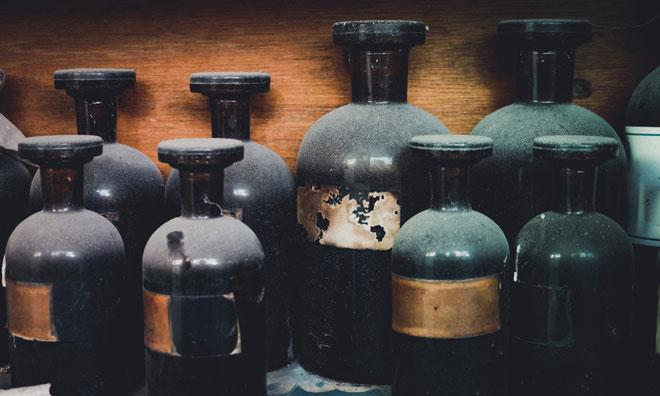 ASD encompasses a group of developmental disorders, often characterised by communication and language difficulties, repetitive behaviours and inability to socialise.

Five of the 10 boys received a single, intravenous infusion of suramin, a drug originally developed in 1916 to treat trypanosomiasis (sleeping sickness) and river blindness, both caused by parasites. The other five boys received a placebo. The trial followed earlier testing in a mouse model of autism in which a single dose of suramin temporarily reversed symptoms of the neurological disorder.

The results in humans were equally notable, though the purpose of the SAT1 trial was fundamentally to test the researchers’ underlying theory about a unifying cause for autism and to assess the safety of suramin, which is not an approved treatment of ASD. In fact, there are no approved drugs to treat the core symptoms of ASD.

All five boys who received the suramin infusion displayed improvements in language and social behavior, restricted or repetitive behaviors and coping skills. Assessment of improvements was based upon observational examinations and interviews using standardised tests and questionnaires, such as the Autism Diagnostic Observation Schedule, 2nd edition (ADOS-2), the Expressive One Word Picture Vocabulary Testing (EOWPWT), the Aberrant Behavior Checklist (ABC), the Autism Treatment Evaluation Checklist (ATEC), the Repetitive Behavior Questionnaire (RBQ) and the Clinical Global Impression (CGI) questionnaire. To minimise misinterpretation of natural day-to-day variations in symptoms, parents were asked to mark a symptom as changed in the 6-week CGI only if the symptom lasted for at least one week.

The researchers found that ADOS-2 scores were improved in the suramin treatment group at six weeks, but not in the placebo group. Specifically, ADOS-2 scores improved by -1.6 points in the suramin group, but did not change in the placebo. Children who have a score of 6 or lower in ADOS-2 may have milder symptoms but no longer meet the formal diagnostic criteria for ASD. A score of 7 to 8 indicates the child is on the autism spectrum. Nine and above classifies the child as autistic.

Suramin treatment was also associated with improvements in the ABC, ATEC and CGI measurements, but not RBQ. The most changed behaviours, the authors said, were social communication and play, speech and language, calm and focus, repetitive behaviours and coping skills.

Participating families also reported benefits among the children who received suramin. “We saw improvements in our son after suramin that we have never seen before,” said the parent of a 14-year-old who had not spoken a complete sentence in 12 years

Naviaux, who is co-director of the Mitochondrial and Metabolic Disease Center at UC San Diego, believes that ASD – and several other chronic conditions, including chronic fatigue syndrome and some autoimmune disorders – are caused by metabolic dysfunction or impaired communication between cells in the brain, gut and immune system.

Specifically, this dysfunction is caused by abnormal persistence of the cell danger response (CDR), a natural and universal cellular reaction to injury or stress. “The purpose of CDR is to help protect the cell and jump-start the healing process,” said Naviaux, by essentially causing the cell to harden its membranes, cease interaction with neighbours and withdraw within itself until the danger has passed.

“But sometimes CDR gets stuck,” Naviaux said. “This prevents completion of the natural healing cycle and can permanently alter the way the cell responds to the world. When this happens, cells behave as if they are still injured or in imminent danger, even though the original cause of the injury or threat has passed.”

At the molecular level, cellular homeostasis or equilibrium is altered, creating an abnormal cellular response that leads to chronic disease. “When this happens during early child development,” said Naviaux, “it causes autism and many other chronic childhood disorders.”

Suramin works by inhibiting the signalling function of adenosine triphosphate (ATP), a nucleotide or small molecule produced by cellular mitochondria and released from the cell as a danger signal. When CDR is activated, the effect of extracellular ATP is similar to a warning siren that never stops. Suramin inhibits the binding of ATP and similar molecules to key purinergic receptors, according to Naviaux. It silences the siren, “signalling the cellular war is over, the danger has passed and cells can return to ‘peacetime’ jobs like normal neurodevelopment, growth and healing.”

“There is evidence, gathered over the past 10 to 15 years, that children with ASD can exhibit oxidative stress, an outcome of the cell danger response,” said Pat Levitt, PhD, Children’s Hospital Los Angeles and Keck School of Medicine of University of Southern California. “This can impact how well neurons and circuits function. Why this would impose problems on certain circuits that mediate specific behaviours, such as social communication, is unclear, but this is why understanding how genetic risk and environmental factors combine to increase risk for autism spectrum disorder is important.”

“We had four non-verbal children in the study,” said Naviaux, “two 6-year-olds and two 14-year-olds. The six-year-old and the 14-year-old who received suramin said the first sentences of their lives about one week after the single suramin infusion. This did not happen in any of the children given the placebo.”

Additionally, Naviaux said, “that during the time the children were on suramin, benefit from all their usual therapies and enrichment programs increased dramatically. Once suramin removed the roadblocks to development, the benefit from speech therapy, occupational therapy, applied behavioral analysis and even from playing games with other children during recess at school skyrocketed. Suramin was synergistic with their other therapies.”

Naviaux and colleagues do not believe CDR is the cause of ASD, but rather a fundamental driver that combines with other factors, such as genetics or environmental toxins. And suramin, at this stage, is not the ultimate answer.

No serious side effects

Unlike treatment for African sleeping sickness, which involves multiple, higher doses of suramin over a period of time and frequently results in a number of adverse side effects ranging from nausea and diarrhoea to low blood pressure and kidney problems, researchers said the single, low dose of suramin used in the ASD trial produced no serious side effects beyond a passing skin rash.

But the therapeutic benefit of suramin was temporary: improvements in the treated boys’ cognitive functions and behaviours peaked and then gradually faded after several weeks as the single dose of suramin wore off.

The primary import of the trial’s findings, said Naviaux, is that it points a way forward, that suramin should be tested in larger, more diverse cohorts of persons with ASD.

“This work is new and this type of clinical trial is expensive,” he said. “We did not have enough funding to do a larger study.”

Larger and longer trials would include multiple doses of suramin over longer periods of time, allowing researchers to map whether improvements continue or if uncommon side effects appear when participant numbers are greater.

Suramin is not approved by the Food and Drug Administration (FDA) and is not commercially available. Naviaux noted that new trials could prove suramin is not an effective ASD treatment. Its benefits may prove too limited over the long term, he said, or an unacceptable safety issue might arise.

But “even if suramin itself is not the best antipurinergic drug for autism, our studies have helped blaze the trail for the development of new antipurinergic drugs that might be even better,” said Naviaux. “Before our work, no one knew that purinergic signaling abnormalities were a part of autism. Now we do, and new drugs can be developed rationally and systematically.”

The research was funded by N of One: Autism Research Foundation.