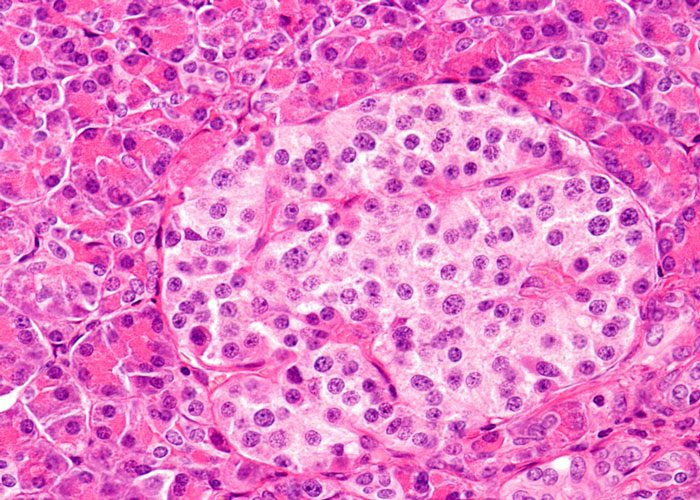 A research team has developed a device that may control the management of type 1 diabetes.

The research group at Cornell University have devised a method for implanting hundreds of thousands of islet cells into a patient, that are protected by a thin hydrogel coating and, more importantly, the coated cells are attached to a polymer thread and can be removed or replaced easily when they have outlived their usefulness.

Transplantation of stem cell-derived, insulin-producing islet cells is an alternative to insulin therapy, but that requires long-term immunosuppressive drug administration. One well-researched approach to avoid the immune system’s response is to coat and protect the cells in tiny hydrogel capsules, hundreds of microns in diameter. However, these capsules cannot be taken out of the body easily, since they’re not connected to each other, and there are hundreds of thousands of them. 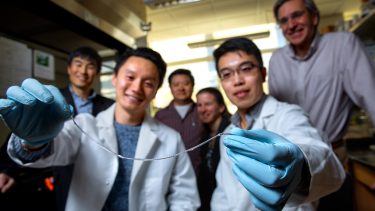 And the ability to remove the transplant is key because of its potential to form tumours.

“When they fail or die, they need to come out,” said Assistant Professor Minglin Ma from the Department of Biological and Environmental Engineering. “You don’t want to put something in the body that you can’t take out. With our method, that’s not a problem.”

Taking inspiration from the way water beads on a spider’s web, Prof Ma and his team first attempted to connect the islet cell-containing capsules through a string but realised that it would be better to put the hydrogel layer uniformly around a string instead. That string: an ionised calcium-releasing, nanoporous polymer thread.

This thread – which the group has dubbed TRAFFIC (Thread-Reinforced Alginate Fiber For Islets enCapsulation) – was inspired by a spider’s web but, according to Prof Ma, is even better because the hydrogel covers the thread uniformly.

“You don’t have any gaps between capsules,” he said. “With a spider’s silk, you still have gaps between the water beads. In our case, gaps would be bad in terms of scar tissue and the like.”