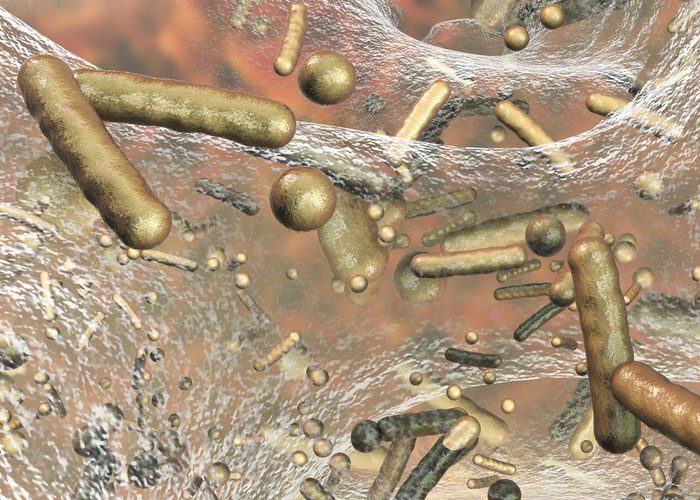 A team of researchers are developing a new type of skin patch (microarray patch) that administers drugs directly into the bloodstream through thousands of individual “microneedles” which are being tested as a possible answer to the antibiotic resistance crisis.

These “microarray patches” are a discreet, easy-to-use technology that contains an array of tiny projections that painlessly penetrate the top layer of skin to deliver a drug.

Injection of antibiotics significantly reduces the development of resistance amongst gut bacteria relative to oral administration, especially if the antibiotic is predominantly excreted through the kidneys.

Professor Ryan Donnelly from the School of Pharmacy at Queen’s University Belfast, whose work focuses on novel approaches to the administration of difficult-to-deliver medicines says, “One of the biggest problems is that the huge majority of the drugs are taken orally.  This means that a small quantity of the compound often finds its way into the colon, creating the perfect breeding ground for drug-resistant bacteria.

“However, it is clearly impractical to expect patients to inject themselves at home, especially considering that >20% of people are needle-phobic. Admitting patients to the hospital every time they need an antibiotic would quickly bankrupt healthcare providers,” said Prof Donnelly.

“We hope to show that this unique antibiotic patch prevents resistance development. If we are successful, this approach will significantly extend the lifespan of existing antibiotics, allowing time for development of the next generation of antibiotics. In doing so, this work has the potential to save many lives.”

Placebo patches have already been successfully tested on ten volunteers in a study published in the International Journal of Pharmaceutics. The next step is to show that they can deliver the correct dose of antibiotics, before testing them against drugs in capsule form.

“For the first time, we’re in control of the rate at which medicine goes into the skin,” Prof Donnelly continues. “I started thinking: what are the big health challenges we can use this to address? There probably isn’t a bigger health challenge today than antibiotic resistance.”

Scientists hope that the drug technology could be used to treat bacterial infections within five years following further tests.

The Wellcome Trust, Britain’s largest medical research charity, will donate £900,000 to the project next year.

One response to “Skin patch offers solution to antibiotic resistance”