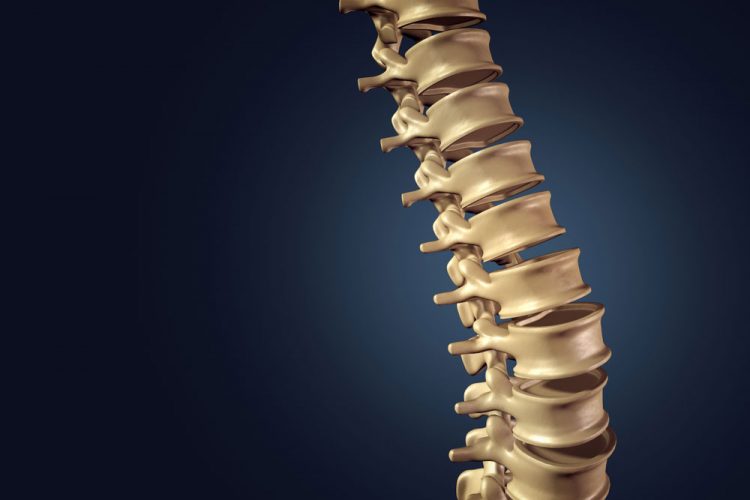 The Women’s Health Initiative found that hormone therapy (HT) use was associated with a reduction in vertebral fracture risk. A new study shows these same benefits may also guard against a woman’s risk of developing hyperkyphosis, an exaggerated curvature of the spine that creates a forward-stooped posture.

Women who reported early use of HT were less likely to develop age-related kyphosis, and the protective benefits continued even after stopping HT

It is well documented that the significant declines in estrogen experienced during the menopause transition contribute to the accelerated bone loss. Hormone therapy reverses bone loss and helps prevent fractures.

During the first 3 years of HT use, bone density has been shown to increase steadily and then is maintained during continued use. Given that hyperkyphosis is also associated with bone loss and vertebral fractures, the authors hypothesised that HT may also be effective in helping prevent exaggerated spine curvature, sometimes called dowager’s hump.

The study on which the article is based involved more than 9,700 women aged 65 years and older who were evaluated over a 15-year period. Women who reported continuous or remote past HT use had less pronounced kyphosis by the time they were in their mid-80s than never-users, supporting the argument for HT as a possible early postmenopause treatment for women concerned about their posture and fracture risk. Beyond its adverse aesthetic effects, hyperkyphosis is associated with a poor physical function, an increased risk of falls and fractures, and earlier mortality.

“Women who reported early use of HT were less likely to develop age-related kyphosis, and the protective benefits continued even after stopping HT,” says Dr JoAnn Pinkerton, NAMS executive director. “This supports a benefit of prescribing HT close to menopause.”

Study results are published online in Menopause, the journal of The North American Menopause Society (NAMS).