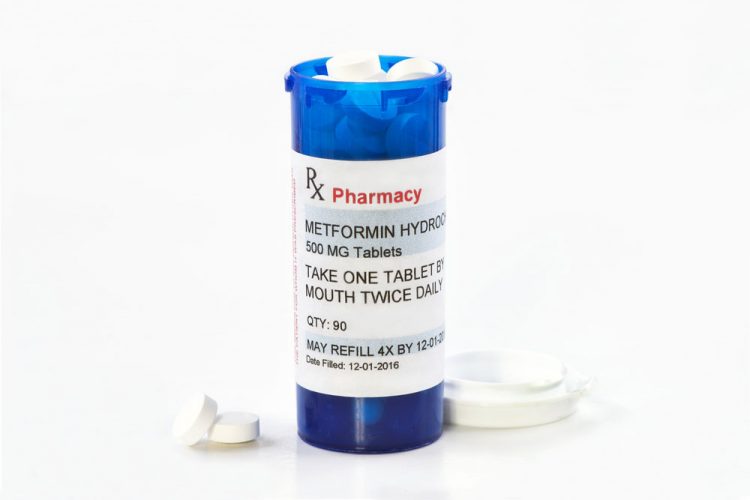 The oral diabetes medication metformin seems to reduce the chance of a late miscarriage and premature birth among women with polycystic ovary syndrome (PCOS) but does not affect their rate of developing gestational diabetes, a multicenter study finds.

Women with PCOS are at increased risk for infertility, and if they do become pregnant, they have a higher chance of pregnancy complications, including miscarriage and preterm birth, as well as a form of diabetes during pregnancy called gestational diabetes. PCOS is the most common hormone disorder among females of childbearing age, affecting up to 10 percent of these women, according to the Hormone Health Network.

A total of 487 pregnant women with PCOS participated in the study at 14 research centres in Norway, Sweden and Iceland. They were randomly assigned to receive either daily metformin (2,000 milligrams) or an inactive placebo from their first trimester to delivery but did not know which drug they received. The average age of participants was 29 years old. After excluding women who dropped out of the study, the researchers found that a combined incidence of late miscarriage (pregnancy loss in the second trimester) and premature birth (at less than 37 weeks of pregnancy) was almost halved in the women receiving metformin versus placebo.

Only 9 (5 percent) of the 211 women who completed the study in the metformin group experienced late miscarriage or preterm birth, compared with 23 (10 percent) of 223 women who received the placebo, the investigators reported.

“Metformin had this beneficial effect if the women adhered to the treatment,” said Dr Tone Loevvik, the study’s lead investigator and a researcher at Norwegian University of Science and Technology in Trondheim, Norway. “Of the women who stayed in the study, 81 percent took more than 80 percent of their medication.”

The study had a dropout rate of about 10 percent, which Dr Loevvik said they consider “quite good” for this type of study.

The investigators found a similar frequency of gestational diabetes in the two study groups. Therefore, Loevvik said metformin appeared to have no effect in lowering the risk of this type of diabetes, which itself can raise the chance of pregnancy complications.

“This finding is disappointing but not surprising,” Dr Loevvik said. “It is in accordance with the results from two previous studies from our research group.”

Metformin treatment, however, was associated with less weight gain during pregnancy. Dr Loevvik said this was a positive finding because the study participants had an average body mass index, or BMI, of 29 kg/m2, which is overweight, and doctors recommend that women with overweight or obesity gain less weight during pregnancy than for healthy-weight women.

The results were presented at the Endocrine Society’s 100th annual meeting in Chicago, Ill.