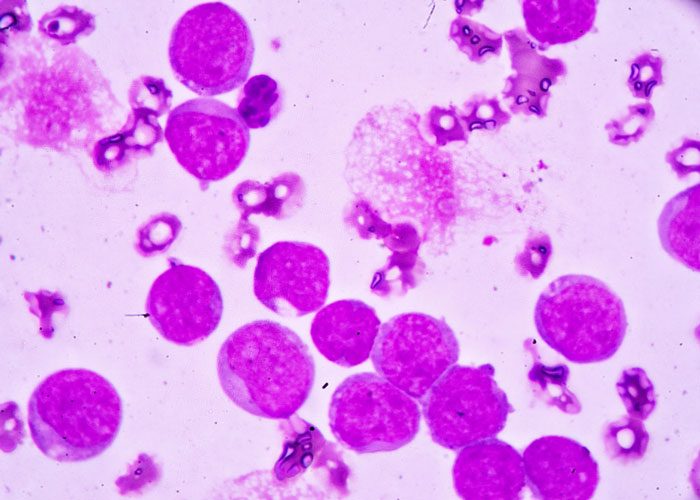 The Food and Drug Administration has granted accelerated approval to Blincyto (blinatumomab) to treat adults and children with B-cell precursor acute lymphoblastic leukaemia (ALL) who are in remission but still have the minimal residual disease (MRD). MRD refers to the presence of cancer cells below a level that can be seen under the microscope. In patients who have achieved remission after initial treatment for this type of ALL, the presence of MRD means they have an increased risk of relapse.

“This is the first FDA-approved treatment for patients with MRD-positive ALL,” said Dr Richard Pazdur, director of the FDA’s Oncology Center of Excellence and acting director of the Office of Hematology and Oncology Products in the FDA’s Center for Drug Evaluation and Research. “Because patients who have MRD are more likely to relapse, having a treatment option that eliminates even very low amounts of residual leukaemia cells may help keep the cancer in remission longer. We look forward to furthering our understanding about the reduction in MRD after treatment with Blincyto. Studies are being conducted to assess how Blincyto affects long-term survival outcomes in patients with MRD.”

B-cell precursor ALL is a rapidly progressing type of cancer in which the bone marrow makes too many B-cell lymphocytes, an immature type of white blood cell. The National Cancer Institute estimates that approximately 5,960 people in the United States will be diagnosed with ALL this year and approximately 1,470 will die from the disease.

Blincyto works by attaching to CD19 protein on the leukaemia cells and CD3 protein found on certain immune system cells. Bringing the immune cell close to the leukaemia cell allows the immune cells to attack the leukaemia cells better. The FDA first approved Blincyto under accelerated approval in December 2014 for the treatment of Philadelphia chromosome (Ph)-negative relapsed or refractory positive B-cell precursor ALL. Full approval for this indication was granted in July 2017, and at that time, the indication was also expanded to include patients with Philadelphia chromosome-positive ALL.

The efficacy of Blincyto in MRD-positive ALL was shown in a single-arm clinical trial that included 86 patients in first or second complete remission who had detectable MRD in at least 1 out of 1,000 cells in their bone marrow. Efficacy was based on achievement of undetectable MRD in an assay that could detect at least one cancer cell in 10,000 cells after one cycle of Blincyto treatment, in addition to the length of time that the patients remained alive and in remission (hematological relapse-free survival). Overall, undetectable MRD was achieved by 70 patients. Over half of the patients remained alive and in remission for at least 22.3 months.

The side effects of Blincyto when used to treat MRD-positive B-cell precursor ALL are consistent with those seen in other uses of the drug. Common side effects include infections (bacterial and pathogen unspecified), fever (pyrexia), headache, infusion-related reactions, low levels of certain blood cells (neutropenia, anaemia), febrile neutropenia (neutropenia and fever) and low levels of platelets in the blood (thrombocytopenia).

Blincyto carries a boxed warning alerting patients and healthcare professionals that some clinical trial participants had problems with low blood pressure and difficulty breathing (cytokine release syndrome) at the start of the first treatment, experienced a short period of difficulty with thinking (encephalopathy) or other side effects in the nervous system. Serious risks of Blincyto include infections, effects on the ability to drive and use machines, inflammation in the pancreas (pancreatitis), and preparation and administration errors—instructions for preparation and administration should closely be followed. There is a risk of serious adverse reactions in pediatric patients due to benzyl alcohol preservative; therefore, the drug prepared with preservative-free saline should be used for patients weighing less than 22 kilograms.

This new indication for Blincyto was approved under the accelerated approval pathway, under which the FDA may approve drugs for serious conditions where there is an unmet medical need and a drug is shown to have certain effects that are reasonably likely to predict a clinical benefit to patients. Further study in randomised controlled trials is required to verify that achieving undetectable MRD with Blincyto improves survival or disease-free survival in patients with ALL.

The FDA granted this application Priority Review and it received Orphan Drug designation, which provides incentives to assist and encourage the development of drugs for rare diseases.

The FDA granted the approval of Blincyto to Amgen Inc.