A trade deal between the UK and USA could risk increasing drug prices in the UK, which could diminish the affordability and accessibility of the NHS… 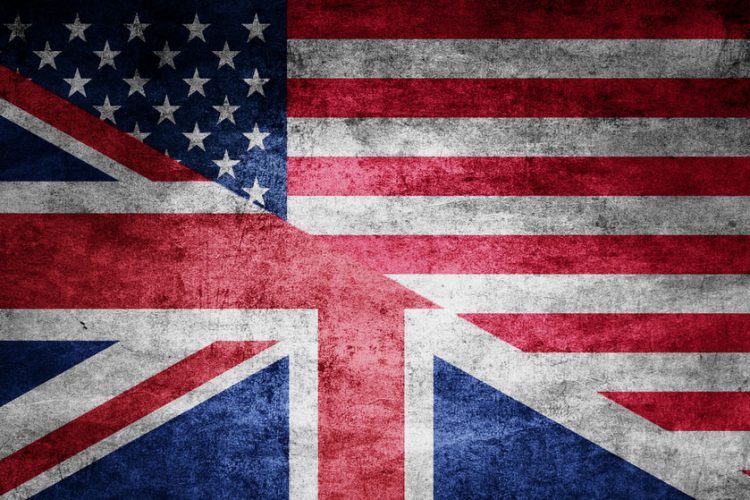 A trade deal between the UK and USA could risk increasing drug prices in the UK, which could diminish the affordability and accessibility of the NHS, according to a Viewpoint published in The Lancet.

The opinion piece outlines how the USA’s targeting of so-called ‘foreign free-riding’ in trade deals could lead to a poor deal on pharmaceuticals for the UK post-Brexit. The authors raise concerns that the USA could pressure the UK to change the way it regulates pharmaceuticals in trade deals.

Currently, all of the UK’s international trade deals are negotiated through the European Union, but, the UK Government will need to negotiate new deals to replace existing agreements post-Brexit. The USA is one of the UK’s most important trading partners after the rest of the European Union, and a US-UK bilateral trade deal is a key post-Brexit priority, with conversations already taking place to achieve this.

American drug prices are some of the highest in the world, leading to economic hardship and poorer health outcomes for uninsured Americans and those who cannot afford to pay out-of-pocket. The US Government does not negotiate drug prices, and Medicare is prohibited by law from doing so. In addition, the Affordable Care Act prevents the US Food and Drug Administration and the Secretary of Health and Human Services from basing drug approval decisions on cost-effectiveness.

By contrast, similar drugs are often significantly cheaper in the UK, where the Government negotiates prices with pharmaceutical companies via the Pharmaceutical Price Regulation Scheme, and the NHS makes purchases based on clinical and cost-effectiveness assessments from the UK’s National Institute for Health and Care Excellence (NICE).

In May 2018, the US Department of Health and Human Services introduced the American Patients First blueprint, outlining measures to reduce US drug prices which include putting pressure on other countries to allow drug prices to rise in their jurisdictions. Unveiling the new policy, President Trump stated that “as we demand fairness for American patients at home, we will also demand fairness overseas. When foreign governments extort unreasonably low prices from US pharmaceutical companies, Americans have to pay more to subsidise the enormous cost of research and development”.

The Trump administration blueprint criticises single-payer healthcare systems which impose drug price controls and accuses foreign governments of not paying their fair share of research and development costs to bring innovative drugs to market – proposing that other nations ‘free-ride’ off of American investment in drug development.

However, the Viewpoint authors argue that this interpretation overlooks the high cost of drugs for patients and that drugs should be priced in line with how much benefit they give. They raise concerns that, rather than tackling the inherent issues of funding drug development, American Patients First instead represents the interests of pharmaceutical companies and their stakeholders, aiming to maintain or increase revenues.

“American Patients First is an attempt by the Trump Administration to make the USA’s drug pricing problem everybody else’s problem,” says lead author Dr Holly Jarman, University of Michigan, USA. “By shifting the economic, political, and social costs of policies made in the USA onto America’s trading partners, the Trump Administration is attempting to show voters that they are doing something about high drug prices while providing benefits to pharmaceutical companies and sympathetic campaign donors.”

Potential effects for the UK post-Brexit

With the American Patients First policy and a turn towards protectionist, pro-American trade deals, the authors believe that the USA will push to alter drug regulation in future trade negotiations with the UK. This raises concerns because the ability to enter into trade deals is an executive power in the UK.

One of the authors, Professor Tamara Hervey, University of Sheffield, UK, points out: “While deals have to be ratified by Parliament, Parliament cannot amend the agreement that the Government negotiates, or be directly involved as the negotiation takes place. In addition, health groups are rarely consulted on trade deals, and Parliament and other health-focused stakeholders have limited opportunities to hold the Government to account in its trade negotiations.”

This is also exacerbated by the Brexit process. The Trade Bill introduced this year – if passed into law – could further limit parliamentary and public scrutiny of US-UK trade deals.

In addition, until recently the UK did not have a fully functioning trade ministry capable of complex negotiations with a highly experienced country like the USA. The authors say that the UK is unlikely to get a better deal with the USA than it has as part of the European Union, as the UK market is much smaller than the whole of the EU, meaning the UK has less bargaining power in negotiations.

Lastly, the authors raise concerns that pharmaceuticals will be one part of a wider trade agreement between the UK and USA, and could be an area that the UK compromises on to ensure better deals elsewhere.

“Perhaps the ultimate issue is the extent to which UK politicians are willing to defend the existing regulatory regime in the context of risks to their political careers,” says Professor Martin McKee, one of the authors from the London School of Hygiene & Tropical Medicine, and member of the advisory board of Healthier In (an NGO which campaigned to remain in the EU).

He continues: “In view of President Trump’s recent trade policy actions, policymakers should take the administration’s argument over drug prices very seriously. The UK health policy community should press the UK Government to make clear to the public and to the USA that they are not willing to bring the UK’s drug pricing and evaluation regime to the negotiating table in any future UK-US trade talks.”