AstraZeneca today announced that the European Medicines Agency’s Committee for Medicinal Products for Human Use (CHMP) has issued a positive opinion to add a self-administration option for Fasenra (benralizumab) and a new delivery method as a pre-filled, single-use auto-injector (the Fasenra pen) to the medicine’s product information in the European Union. 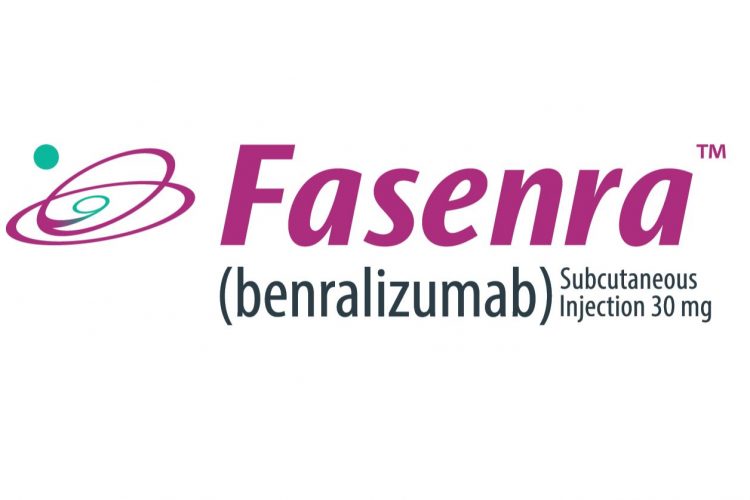 The CHMP opinion can be implemented without the need for a European Commission decision due to the nature of the Type-II label variation.

The positive opinion for self-administration and the Fasenra pen is supported by the Phase III GREGALE and GRECO trials, and the Phase I AMES trial, respectively. The safety and tolerability of Fasenra in these trials were consistent with the known profile of the medicine.

Mene Pangalos, Executive Vice President, BioPharmaceuticals R&D, said: “Fasenra is the only respiratory biologic medicine that can be administered every eight weeks after the initial loading-dose period, and this positive opinion means we are closer to offering Fasenra in a way that is even more convenient for many patients. We hope self-administration and the Fasenra pen will play important roles in helping physicians make treatment with biologic medicines accessible to more people with severe eosinophilic asthma.”

AstraZeneca anticipates a regulatory decision by the US Food and Drug Administration (FDA) on self-administration and the new pre-filled, single-use auto-injector device in the second half of 2019. Fasenra is currently approved as an add-on maintenance treatment for severe eosinophilic asthma in the US, EU, Japan and other countries.

About self-administration and the Fasenra pen

Fasenra will be available as both a fixed 30mg subcutaneous injection via a pre-filled, single-use syringe or the Fasenra pen, both with a thin 29-gauge needle, administered once every four weeks for the first three doses, and once every eight weeks thereafter.

The new Fasenra pen enables patients and caregivers to administer the medicine via a simple two-step process. The device includes a viewing window and audible clicks at the start and end of the injection to guide patients with successful administration.

About the GREGALE, GRECO and AMES trials

Fasenra (benralizumab) is a monoclonal antibody that binds directly to IL-5 receptor alpha on eosinophils and attracts natural killer cells to induce rapid and near-complete depletion of eosinophils via apoptosis (programmed cell death).19,20

Fasenra is AstraZeneca’s first respiratory biologic, now approved as an add-on maintenance treatment in severe, eosinophilic asthma in the US, EU, Japan and several other countries, with further regulatory reviews ongoing. Fasenra is also in development for severe nasal polyposis, other eosinophilic diseases, and chronic obstructive pulmonary disease. The FDA granted Orphan Drug Designation for Fasenra for the treatment of eosinophilic granulomatosis with polyangiitis (EGPA) in November 2018 and hypereosinophilic syndrome (HES) in February 2019.

Fasenra was developed by AstraZeneca and is in-licensed from BioWa, Inc., a wholly-owned subsidiary of Kyowa Hakko Kirin Co., Ltd., Japan.

About AstraZeneca in respiratory diseases

Respiratory is one of AstraZeneca’s three therapy areas, and our medicines reached more than 18 million patients as maintenance therapy in 2018. AstraZeneca’s aim is to transform asthma and COPD treatment through inhaled combinations at the core of care, biologics for the unmet needs of specific patient populations, and scientific advancements in disease modification.

The Company is building on a 40-year heritage in respiratory disease and AstraZeneca’s capability in inhalation technology spans pressurised metered-dose inhalers and dry powder inhalers, as well as the Aerosphere delivery technology. The company also has a growing portfolio of respiratory biologics including Fasenra (anti-eosinophil, anti‒IL 5R alpha), and tezepelumab (anti-TSLP) which has been granted Breakthrough Therapy Designation by the US Food and Drug Administration in patients with severe asthma and is in Phase III trials. AstraZeneca’s research aims at addressing underlying disease drivers by focusing on the lung epithelium, lung immunity, lung regeneration and neuronal functions.

AstraZeneca is a global, science-led biopharmaceutical company that focuses on the discovery, development and commercialisation of prescription medicines, primarily for the treatment of diseases in three therapy areas – Oncology, Cardiovascular, Renal & Metabolism, and Respiratory. AstraZeneca operates in over 100 countries and its innovative medicines are used by millions of patients worldwide. For more information, please visit astrazeneca.com and follow us on Twitter @AstraZeneca.