Does the antibacterial pipeline sufficiently target WHO priority pathogens?

A WHO review has concluded that while innovative therapies have been developed for TB and C. diff, other priority pathogens are likely to develop resistance to future therapies. 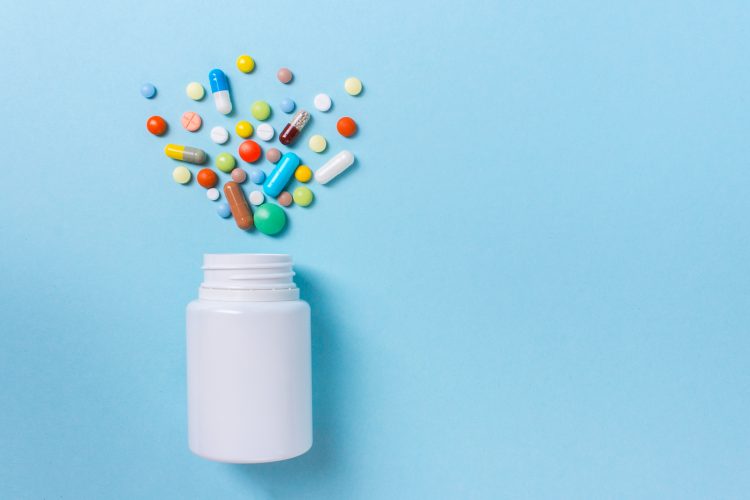 The World Health Organization (WHO) have released their third annual review of the clinical antibacterial pipeline. The report, published in December 2019, investigated the extent that therapeutics currently in Phase I to III trials, or with clinical approval within the last three years, address the organisation’s priority pathogens: Gram positive and negative bacteria, Mycobacterium tuberculosis (TB) and Clostridioides difficile (C. diff).1

The document concluded that only two of the eight therapeutics with clinical approval against priority pathogens have novel modes of action, likely to prevent resistance for longer. Furthermore, of the 50 antibiotics and combinations in the clinical pipeline, 32 address WHO priority pathogens, but just seventeen targeting TB and C. diff have novel mechanisms. According to the organisation, only a handful of these innovative therapeutics will make it to market in the next five years.1

The review concluded that approved drugs and those in the clinical pipeline were insufficient against priority pathogens aside from TB and C. diff.”

Despite efforts to raise awareness and the priority of antibacterial R&D, the report highlights that private investment has decreased, with many large pharma companies abandoning their efforts altogether. Small- or medium-sized enterprises (SMEs) are now the primary drivers of this sector. However, some of these businesses are struggling, primarily due to the costs of running clinical trials and difficulties identifying new targets. For example, the report listed Achaogen’s filing for bankruptcy, despite its drug plazomicin making it to the WHO Model List of Essential Medicines.1

Since WHO commenced annual antibacterial pipeline reviews in 2017, eight new antibiotics have been approved for use by regulatory bodies. Their indications are primarily for the treatment of complex urinary tract infections (cUTIs) and/or complicated intra-abdominal infections (cIAIs).

The WHO highlighted that, at least in the approved agents, therapeutics for critical priority pathogens aside from TB and C. diff were lacking (see Figure 1).

Vaborvactam is a first in class β-lactam/β-lactase inhibitor (BLI), approved for use in combination with meropenem against Enterobacteriaceae. Vaborvactam combination therapy was added into the WHO Model List of Essential Medicines.

Relebactam is a further BLI approved for treatment of Class A and C β-lactams.

Pretomanid has been authorised for use in combination with bedaquiline and linezolid to treat extremely drug resistant TB and treatment-intolerant or non-responsive multidrug-resistant pulmonary TB. Pretomanid is a nitroimidazole – the first approved drug by the not-for-profit organisation TB alliance. 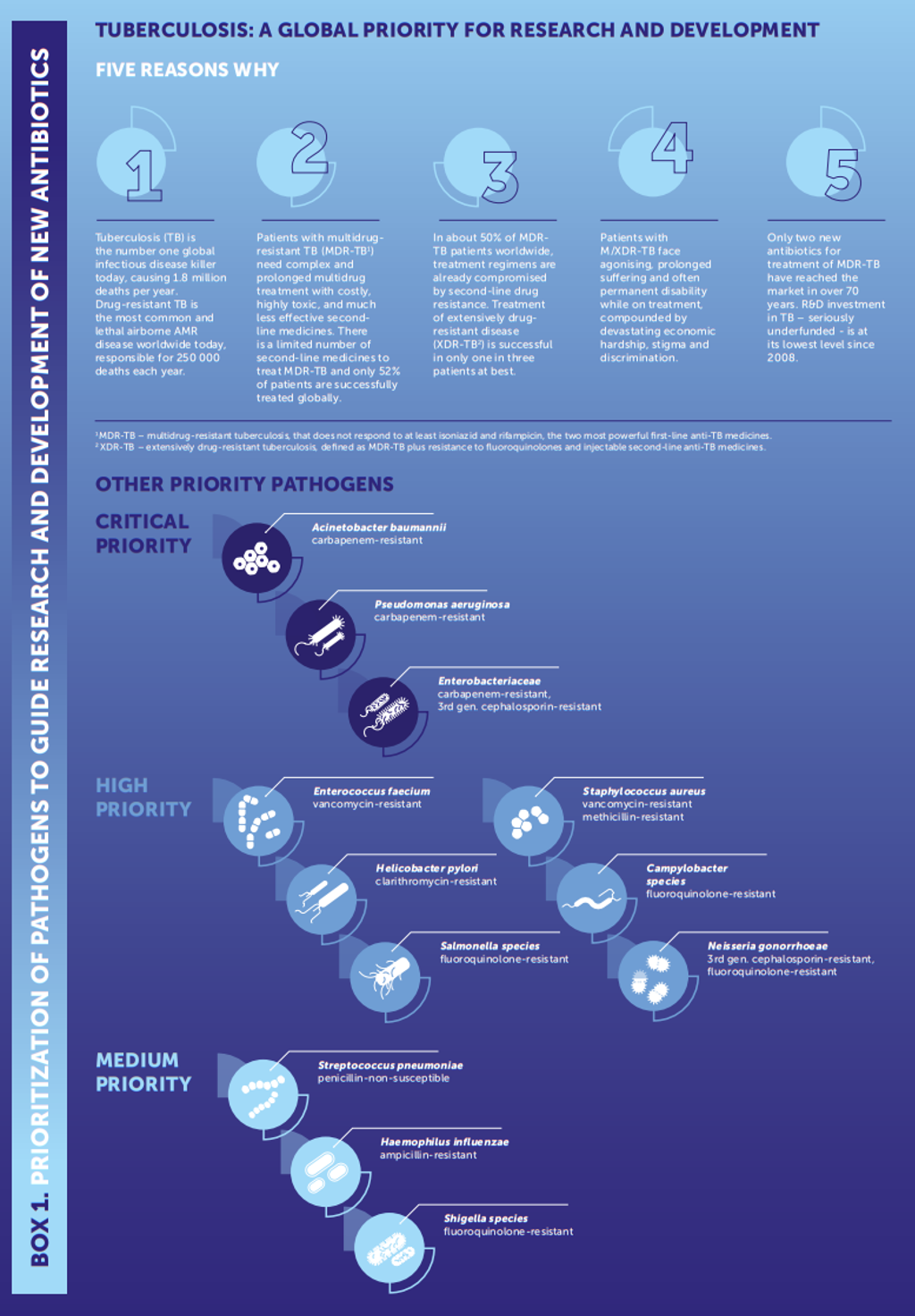 Figure 1: Diagram of the WHO’s priority pathogens listed from global priority to medium priority (credit: ‘Prioritization of pathogens to guide discovery, research and development of new antibiotics for drug resistant bacterial infections, including tuberculosis’, WHO 2). 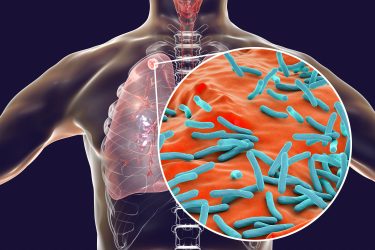 The report states that of the 12 drugs in development against TB, seven are innovative with no evidence of cross resistance. The targets of these drugs include decaprenylphosphoryl-β-D-ribose 2-epimerase (DprE1), leucyl-tRNA synthetase (LeuRS) and DNA gyrase (GyrB). The other drugs are oxazolidinones, a riminophenazine, an imidazopyridine amide and an ethambutol derivative.

DprE1 is a flavoenzyme, which catalyses synthesis of D-Arabinofuranose, a component of arabinogalactan and arabinomannan, essential for the formation of the TB pathogen cell wall.3 It is currently being targeted by four drugs under development.

BTZ-043 is the most advanced oral DprE1 inhibitor, according to the WHO report; its Phase I trial is complete and Phase II trial registered. The Phase II trial is a multiple ascending dose (MAD) test, to evaluate its safety, tolerability and bactericidal activity.3

GSK-3036656 (GSK656) is an oral LeuRS inhibitor, called an axoborole. LeuRS is an essential enzyme for protein synthesis. It has two catalytic sites:

GSK656 was well tolerated after single and multiple doses in a Phase I trial, with no reports of serious adverse events.

SPR720 is an orally administered prodrug of SPR719, an aminobenzimidazole inhibitor of gyrase B/ParE which has broad spectrum antibacterial activity. In pre-clinical models, SPR720 has been equally as effective as the currently approved drug moxifloxacin, both are used in combination with rifampin and pyrazinamide.5

SPR720 completed its Phase I trial and is also being developed as a therapeutic against non-TB mycobacterial infections.

Ridinilazole, in recruitment for its Phase III trial, is a non-absorbable antibiotic being developed to target C. diff and is a novel drug called a bis-benzimidazole. Its mechanism of action is not completely understood; however, it significantly reduces toxin production by C. diff and diminishes the inflammatory response to the infection. One study suggested that this may occur through the disruption of the bacterial cell division machinery, preventing the formation of the septum.6

The septal ring, formed of approximately 12 proteins, assembles at the point where a dividing bacterial cell splits, the division septum – a dividing membrane which separates the two bacterial cells – then forms where the ring is after the genetic material has been divided. 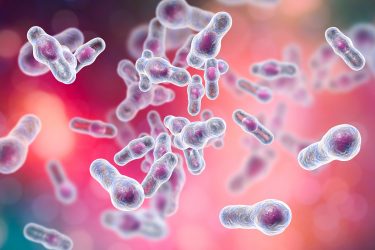 This non-absorbable antibiotic, which binds in the C. diff DNA minor groove and inhibits transcription, is currently in Phase IIa clinical trials assessing the safety, tolerability and efficacy of incremental doses of MGB-BP-3 in patients with Clostridium difficile-associated disease (CDAD).

In October 2019, MGB Biopharma, the producers of the therapeutic, revealed the first cohort of patients had completed the lowest dose. The preliminary results indicated MGB-BP-3 was well tolerated and had high efficacy, both after the completion of a 10-day therapy course and at the eight-week follow up.7

Of note, MGB-BP-3 was shown to have strong bactericidal activity against the most virulent strain of C. diff – the BI/NAP1/027 strain, which is largely resistant to current therapies.7

A safety committee review of the first cohort concluded with no concerns and so the next cohort of patients is being recruited at sites in Canada and the US. Further results are expected in 2020.7

…despite the efforts of the WHO to drive research into antibacterials, the pipeline and approved drugs are insufficient to combat many of the priority pathogens.”

The review concluded that approved drugs and those in the clinical pipeline were insufficient against priority pathogens aside from TB and C. diff. They claim this is largely due to a lack of innovative new structures without known cross-resistance for these bacteria. According to the report, this is unlikely to change due to the expense associated with identifying novel structures for SMEs.1

The report states that “the current pipeline could lead to a further 11 new antibiotic approvals in the next five years, the majority of which are modifications of existing classes and not active against the critical MDR (multiple drug resistant) and XDR (extremely drug resistant) Gram-negative bacteria.” It is feared that agents will become stagnant in the pipeline, as SMEs fail to enter clinical trials due to a lack of funding at the Phase II and Phase III stages.1

To conclude, despite the efforts of the WHO to drive research into antibacterials, the pipeline and approved drugs are insufficient to combat many of the priority pathogens. The withdrawal of private funding and large pharmaceutical companies have left SMEs driving research, but limited funding and high costs in drug development will likely result in stagnation of products and a lack of innovation moving forwards.