Tax competition in Life Sciences – how does the UK shape up?

Last month, the UK’s Chancellor of the Exchequer announced that corporation tax would be frozen at 19 percent, reversing previous plans to cut it to 17 percent. In this article, Lawrence Wild and Richard Turner expand further on what was delivered in the 2020 Budget and explore the relative competitiveness in international tax regimes in Life Sciences.

What was delivered in the 2020 UK Budget?

On 11 March 2020, the Chancellor of the Exchequer, Rishi Sunak, announced his Budget for 2020 in the House of Commons. The Budget itself was dominated by Covid-19 but included several important measures for Life Sciences on a range of areas, including R&D tax credits and Entrepreneurs’ Relief.

One pre-announced measure was the increase in the R&D Expenditure Credit (RDEC) rate from 12 to 13 percent of qualifying expenditure. The rates of the more generous SME (small and medium-sized enterprise) scheme were left unchanged. As expected, the Government also announced that the rate of corporation tax will now not be reduced to 17 percent from April 2020 and will instead remain frozen at 19 percent. The original reduction had been announced in 2017 and his reversal is anticipated to save up to £6 billion.

A consultation on whether data and cloud computing should be included in the definition of qualifying expenditure for R&D tax relief purposes will be launched. As the sector increasingly generates and uses data in R&D it is anticipated that this will become a material cost in the undertaking of R&D, particularly in the new science of digital health.

A cap on the size of an SME R&D tax credit was due to be introduced in April 2020 in order to counter perceived avoidance but this has now been delayed until April 2021. This cap is broadly set at three times the company’s total PAYE and National Insurance Contribution payments for the accounting period. The cap as it had originally been designed would have negatively impacted smaller Life Sciences companies who, by necessity, need to outsource much of the R&D for good commercial reasons. After extensive lobbying by the sector, an exemption has now been proposed that should mean that most companies should not be impacted.

Finally, one of the headline measures was the scaling back of Entrepreneurs’ Relief, which reduces the rate of capital gains tax from 20 to 10 percent. The lifetime limits for gains to which the relief will apply was reduced from £10 million to £1 million per person. It was generally recognised that this incentive cost a significant amount but was doing little to influence decision making – what is commonly known as a deadweight tax.

Did Life Sciences get what it wanted?

So, did the Chancellor go far enough through tax measures to create sufficient momentum to reach the target of research and development to be 2.4 percent of GDP in the next seven years? The industry was calling him to go beyond the pre-budget commitment of a one percent rise in the RDEC and to take the headline rate to 15 percent. 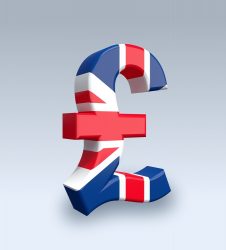 HMRC has gone on record to state that every £1 of R&D tax relief generates £2.35 of additional R&D expenditure. Although the UK has a generously designed uncapped volume-based R&D tax regime, at 12 percent there are still many other countries that offer more attractive incentives. R&D tax regimes are not easy to compare as they are not designed and awarded on a consistent basis. However, using the OECD’s implied subsidy rate, calculated as the difference between one unit of investment in R&D and the pre-tax income required to break even on that investment, the UK is ranked 16th in Europe with France, Spain and Ireland in the top five.1

However, it is not simply the rate that matters but also the expenditure on which the incentive is given. At the moment, any investment in facilities (buildings and equipment) is not eligible for the RDEC incentive in the UK. Companies can claim a ‘Research and Development Allowance’ giving full tax relief in the year of acquisition but, at best, this provides a cash flow benefit and for many companies with tax losses (and there are plenty of those in Life Sciences) it is of no immediate benefit whatsoever. For several years the sector has been lobbying for this expenditure to be eligible under the RDEC incentive to encourage, among other things, greater investment in clinical manufacture where the UK has been losing out to the likes of Ireland, Germany, Italy, Singapore and the US for many years.

Critically, if companies establish clinical manufacture in the UK, thereby creating new patentable IP, know-how and expertise, it is significantly more likely that they will choose to locate commercial manufacture at the same location driving an increase in exports.

So how does the UK shape up?

Each year the Tax Foundation publishes the Tax Competitiveness Index across OECD countries. It measures tax regimes under three categories: tax rate, tax relief on expenditure and incentives/ complexity. Combining these three factors is essential to effectively measure tax competitiveness in a meaningful way. It should be noted, this is not a universally accepted and endorsed set of measures and it does not take account of factors such as political stability, economic strength or Brexit, but it does provide an effective and objective means of comparison.

It is probably fair to say that having a low headline tax rate is good for international marketing. On this count, the UK fairs well, ranking fourth out of 36 with its rate of 19 percent compared to an OECD average of 23.6 percent.

The second category factors in tax relief available on expenditure, rates for capital allowances and the ease at which tax losses can be relieved. All of these can have a marked impact on the calculation of taxable profits before the rate is applied. In some countries tax losses expire and, in others, they can be carried forward indefinitely. Another example is the tax relief available for new buildings, which in some countries is far more generous than others.

The two principal tax incentives used to attract investment are for R&D expenditure, where 27 OECD countries have regimes, and patent boxes for income derived from intellectual property, which are deployed by 16 territories.

Bringing all these factors together the UK is ranked 15th of 36 – far lower than its position of fourth for tax rate. Some of its key competitors in Life Sciences are ranked as follows: Ireland (fifth), Switzerland (eighth) and the US (21st). For those curious, Latvia are winning the title for 2019 and Japan look set for relegation.

Many investment decisions are made based on a model that uses the statutory tax rate – so 19 percent for the UK – and which assumes losses are monetised immediately and takes no account of incentives. This would probably predict a five to six percent differential between the UK and US. An effective model should be a little more sophisticated but does not need to crash the spreadsheet. Factoring in tax relief on the investment, loss utilisation rules, R&D and patent box incentives where applicable can create a much better decision tool. This is now more likely to show a 10 percent plus margin between the UK and US in the UK’s favour.

For international groups transfer pricing is also key. It will be important to understand how affiliated companies are likely to trade with each other under the arm’s length principle. This, in turn, will be influenced by where the key decision makers are based for the allocation of profits and, following a recent co-ordinated effort by tax authorities across the globe, this now should be far more closely aligned to where the value is truly being created. It was not so long ago that tax authorities were able to offer deals granting tax holidays in return for a commitment to invest and employ, but this is now a thing of the past as the conduct of Governments and tax authorities is much more stringently policed.

Tax is clearly one of a number of factors to take into account and should rarely be at the top of this list. It is nevertheless important and would ordinarily represent anywhere between six and 30 percent of the after-tax cash flows in an investment appraisal model. The takeaway is that if tax is being calculated as a simple percentage, it is likely to be materially wrong.

The views expressed in this article are those of the author(s) and not necessarily the views of FTI Consulting, its management, its subsidiaries, its affiliates or its other professionals.

Lawrence Wild is a Director in the UK Tax practice at FTI Consulting. He has six years of experience working within the tax advisory industry. Lawrence has a wide range of professional experience, including tax compliance and reporting for a number of clients across various sizes and industries, advising on IPOs and M&A transactions, making research and development tax incentive claims for large enterprises and SMEs and advising on the Patent Box regime.

Richard Turner heads FTI Consulting’s Life Science Tax team and is one of the UK’s leading specialists in this area. Prior to FTI, Richard worked as an International Tax Director for PowderJect Pharmaceuticals Plc and Chiron Corporation, spending significant time in the US, Germany and Italy. Richard provides regular input to HMRC and Treasury for R&D tax incentives, Patent Box and other tax matters pertinent to the sector. His roles outside FTI include BIA Finance & Treasury Committee and Fiscal lead for the MMIP.