The UK’s National Security and Investment Bill: a new paradigm for investment, M&A and licensing for life sciences companies

Rebecca Le Flufy, Ross McNaughton and Adrian Toutoungi from Taylor Wessing LLP review the potential impacts of the UK’s National Security and Investment Bill on the life sciences industry and how it could influence future deals. 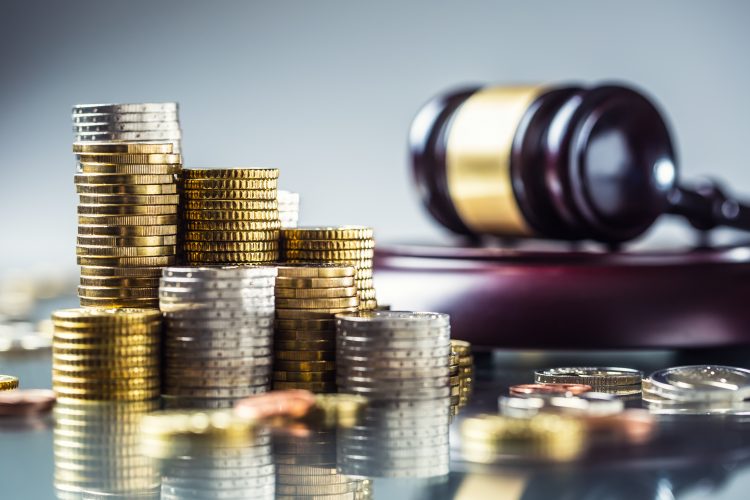 The Bill went through the readings in the House of Commons with no amendments. It is currently being debated in the House of Lords but there have been no significant amendments. If the Bill comes into force as currently drafted, we expect it will have a significant impact on businesses operating in the life sciences sectors; particularly in the context of M&A (mergers and acquisitions) transactions and funding rounds as well as intellectual property licensing. We are expecting it to become law in the second half of 2021.

The mandatory notification regime will not come into force until the Bill becomes law. The regime provides that an acquiror or investor must make a mandatory notification to BEIS (The Department for Business, Energy & Industrial Strategy) if there is a transaction involving a ‘notifiable acquisition’ in 17 specified sensitive sectors.

“If the Bill comes into force as currently drafted, we expect it will have a significant impact on businesses operating in the life sciences sectors”

‘Engineering Biology’ was included as one of these sensitive sectors in the first iteration of the definitions, but was considered to be so widely drawn that it arguably covered all of the biotech sector. Following a public consultation on the definitions of the 17 sensitive sectors, this definition has been narrowed to ‘Synthetic Biology’ and certain areas which do not pose a national security risk have been specifically excluded, including diagnostics, industrial biotechnology, food-related production, general services and certain aspects of gene therapy and cell therapy. This brings a welcome improvement in clarity. Interestingly, the express reference to vaccines has also been dropped.

In the Government’s consultation response, they have made it clear that they think the narrowed approach strikes the appropriate balance between ensuring the UK has appropriate safeguards in place to protect national security while also promoting the UK’s bioengineering sector in the UK and abroad. In particular, the consultation noted that the rapidity of the sector’s development and the dual-use nature of synthetic biology make it difficult for the Government to monitor which transactions may pose a risk to national security to the degree necessary to be able to ‘call-in’ transactions and, as such, it requires that transactions are mandatorily notified.

However, transactions in the life sciences sector may also be caught if they fall in another specified sensitive sector and, for example, the definitions of artificial intelligence and critical suppliers to government or the emergency services, in particular, are potentially most likely to be relevant here. Again, the definitions of these sectors were narrowed following the consultation but still remain relatively broad.

Notifiable acquisitions will be those where, in relation to an entity:

1. there is an increase of shareholding or voting rights from:

2. the acquisition of voting rights that enable or prevent the passage of any class of resolution governing the affairs of the entity being acquired.

Notification will be required irrespective of whether the transaction raises national security issues or not. Given the low thresholds for notification and the broad definitions of the sensitive sectors, we expect that a relatively large number of transactions in the life sciences sector could be caught by the mandatory notification regime. For example, initial investment rounds for early-stage companies commonly include at least one party taking a 15 percent or more equity stake and we would therefore expect notification to be required in almost every early-stage investment round to the extent covered by the definitions, including in synthetic biology.

For other sectors of the economy that are not among those 17 sensitive sectors, an acquiror or investor can make a voluntary notification if there is a ‘trigger event’ and a risk to national security.

A trigger event under the voluntary notification regime has some differences to a notifiable acquisition under the mandatory regime. In relation to entities, the same 25 percent, 50 percent and 75 percent thresholds apply. There is no 15 percent threshold as in the mandatory regime but there is a ‘material influence’ trigger, applicable where a person acquires the power to materially influence the policy of the target. Given the nature of the rights that venture capital investors in growth businesses seek, it is quite possible that they could be caught by this material influence test at shareholding levels below 25 percent. 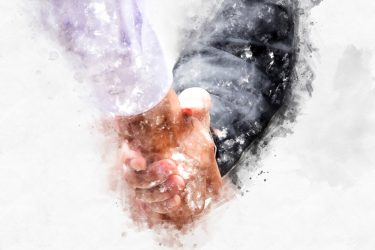 Unlike notifiable acquisitions, trigger events can also apply in relation to an asset. A trigger event will occur in relation to an asset where a person acquires a right or interest in, or in relation to, the asset and as a result they are able to use the asset, or direct or control how the asset is used (or if they increase their ability to use or control it). This could capture all manner of intellectual property licensing, including licensing-in intellectual property from universities or research institutes and licensing on a non-exclusive basis. Although there is no mandatory notification, parties will need to consider if there is any chance that such licensing could be considered to give rise to national security concerns and should notify if so.

It is possible, under the draft Bill, that intellectual property licensing could come under the purview of the mandatory notification regime in the future, although advisors and industry bodies are advocating against this.

For any transaction that is not notified, the Government will be able to retroactively call-in any transactions closing from 12 November 2020 for up to five years after completion if there is a trigger event and there are potential national security concerns, provided it acts within six months of becoming aware of the transaction (for example, from the press).

Once the Government has accepted a notification under either the voluntary or mandatory notification procedure, it has six weeks to either issue a clearance notice or call in the transaction for further review. Before accepting the notification, however, it can request further information, such that the actual time period could be longer than six weeks. Even if the six-week deadline is met, we expect that this will cause significant delays to transactions such as funding rounds and companies will need to build the notification procedure into their transaction timetables. The open-ended timeframe for an acceptance of a notification also poses cause for concern.

If the Government does issue a call-in notice (either following a notification or using its call-in power for transactions that have not been notified) it has a period of 30 working days (which can be extended by up to a further 45 working days or more in certain circumstances) within which to review the transaction and decide whether or not to clear it.

Following the review, the Government may either issue a clearance notice, clear the transaction subject to conditions, prohibit it or, if the transaction has completed, order it to be unwound.

The consequences of a transaction becoming void (under the mandatory notification regime) or of it being unwound up to five years after completion (under the call-in power) are severe and potentially costly. Investors and acquirors are therefore likely to take a cautious approach towards notifying where there is any doubt about whether or not the regime applies. Given the broad definitions of the sectors, the low thresholds for a notifiable acquisition or trigger event and the inclusion of intellectual property licensing in the regime, a significant number of transactions in the life sciences sector could be caught and are likely to be notified at least at the outset of the regime. The costs and delays this will add to transactions should be considered at an early stage and appropriate advice sought in order to manage this as efficiently as possible.

Adrian Toutoungi is a partner at Taylor Wessing LLP. He is a seasoned IP lawyer who relishes immersing himself in his client’s technology, product roadmap and patent/IP strategy. He is regularly involved in the negotiation and drafting of technology licence agreements and other contracts with a heavy IP element, such as R&D collaborations, joint ventures, grant funding agreements and other commercial arrangements. He also advises on the EC and UK competition law aspects of these agreements, and issues relating to technical standardisation, essential IPR and patent pooling.

Rebecca Le Flufy is an associate in Taylor Wessing LLP’s Corporate Technology group. She specialises in advising investors and technology-focused companies on venture capital investments, M&A transactions, establishing and growing their business in the UK and across Europe, and general corporate matters.

As partner at Taylor Wessing LLP, Ross McNaughton’s practice focuses on helping tech and life sciences companies in all aspects of their growth, capital raising and international expansion. He has extensive experience of a variety of venture financing and public capital raisings, mergers and acquisitions and general corporate advice, with a particular specialism in transactions with a transatlantic component.