2022: Advancing across the blood-brain barrier

The brain is protected by the blood-brain barrier, a multi-layered structure which helps to protect it from the invasion of pathogens or unwanted substances and limits drug transport into the brain via the bloodstream. Here, Dr Oliver Ernst and Dr Heiko Manninga from German biotech company NEUWAY Pharma share details of their targeted drug delivery technology, EnPC, which potentiates multi‑cargo BBB delivery including nucleic acids, small molecules and antibodies. 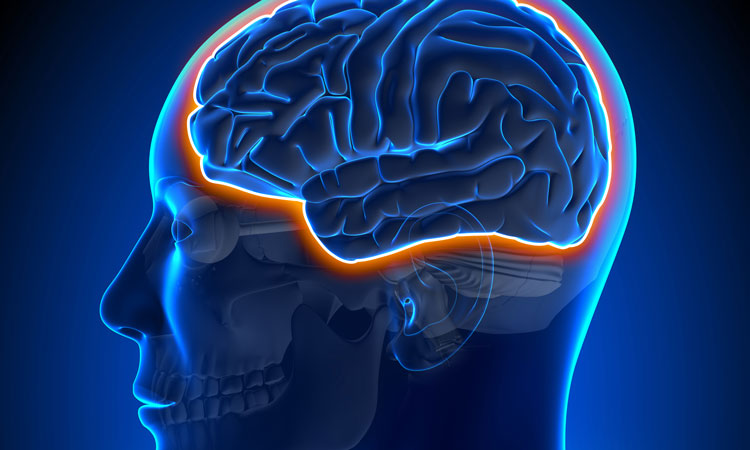 The blood-brain barrier (BBB) is a highly regulated and efficient barrier that provides a sanctuary for the brain. It protects and regulates a fine-tuned equilibrium, only allowing selective transport of molecules that are essential for the brain’s function. Despite the rapid development in our understanding of the molecular structure of the BBB and advances in medical technology, it remains a challenge to treat brain- or central nervous system (CNS)‑associated diseases. This is not due to a lack of suitable or effective drugs, but instead relates to the inability of many therapeutic molecules to cross the BBB to reach the specific areas of need.

The protective function of the BBB arises from the tight connections of the brain’s capillary cells preventing the non-selective crossing of unwanted substances or pathogens into the brain and CNS. This system, however, does allow the passage of certain small molecules via free diffusion, providing they have a molecular weight <400 Dalton and form less than eight hydrogen bonds.1 Given that most potential therapeutics lack these properties and such adaptation would require additional research, time and money, there is little choice aside from applying the drug directly into the brain or CNS.

In 2016, the drug nusinersen, marketed as Spinraza, was the first to be approved for the treatment of spinal muscular atrophy, a severe CNS disease where a specific genetic mutation leads to the reduced expression of a protein necessary for neuron survival. To increase its expression levels, the drug is administered directly to the CNS using intrathecal injection. Besides the complex and painful administration, this drug is listed among the most expensive therapeutics worldwide,2 with costs in the region of $125,000 per injection.

Over the last decade, a handful of new technologies aimed at facilitating drug delivery across the BBB have been in development for the treatment of brain and CNS-related diseases. Nevertheless, finding an efficient vehicle for targeted delivery with minimal unwanted side effects remains challenging. As attempts to transport drugs across the BBB could harm its integrity or be dampened by an already diseased barrier, effective methods must be assessed with caution.

The natural transport of essential macromolecules across the BBB and into the brain is facilitated by receptor-mediated transcytosis. This mechanism can be hijacked, as antibodies or peptide ligands which bind specific receptors are often co-opted for brain delivery. However, this method requires thorough investigation of the shuttle receptor, as it needs a high degree of selective expression for the therapeutic to be delivered to a specific organ. In addition, the active molecule must be chemically modified to bind a suitable ligand. Nevertheless, this method enables an extended systemic half-life and reduced toxicity, high efficiency of brain delivery and low target-mediated removal in the brain tissue.

In contrast to this natural BBB passage, nanoparticles are being developed to enable targeted delivery to the brain. Nanoparticles have the potential to improve the stability and solubility of encapsulated cargos, promote transport across cell membranes and prolong circulation times to increase safety and efficacy. For these reasons, nanoparticle research has been widespread, generating promising results that show they are safe and selective therapeutic tools. However, as these particles will not effectively pass a healthy BBB, they require additional modifications such as added polymers, polysaccharides, peptides or antibodies. Thus, only a limited number of therapies have been approved and they are usually not recommended as first-line treatment options.

More recently, natural cell-derived vesicles – collectively termed exosomes – have been investigated as a new class of drug carriers, also for CNS diseases.3 Exosomes are a sub-population of specialised membranous extracellular vesicles derived from cellular compartments. Isolated from animal brain endothelial cells, they contain the natural ability to cross the BBB and deliver cargo into the CNS. Although relatively small in size, exosomes can host a complex mixture of surface receptors and intravesicular cargo, including proteins and nucleic acids. High-scale production of these vesicles has shown to be limited and the pharmaceutical applicability of this method is still in its early stages.

A major advancement in the field of gene therapy approaches is the targeted delivery of genetic information into specific cells using the adeno-associated virus (AAV) delivery method. AAVs are small viruses that can infect human cells and can therefore also be used to deliver cargo to them. They are not known to cause any diseases and elicit only mild immune responses. Given their ability to cross the BBB without compromising barrier integrity, AAVs are an attractive treatment option. Currently, AAVs are being tested in more than 200 clinical trials; however, careful research is needed when using viral vectors to ensure that the remaining viral genetic information does not harm the patient or the proliferation behaviour of the targeted cells.

Combining the current advantages of BBB delivery technologies with the transport capacities of vesicles, NEUWAY Pharma has developed Engineered Protein Capsules (EnPCs). The building blocks of these capsules comprise a natural built-in on-target property for delivering active drug substances across the BBB and into desired cells. Once in the target cell, EnPCs release their cargo while maintaining their activity. When biotechnologically manufactured, purified and reconstituted, the used protein monomers spontaneously form defined capsules that can easily be loaded with different cargo modalities, ranging from nucleic acids to small molecules and antibodies. This novel modality of crossing the BBB has been well tolerated in animal studies, maintaining BBB integrity after repeated intravenous injections. EnPCs exhibit great potential to achieve a new therapeutic standard as a drug delivery platform since they do not require expensive pre-treatments or specialised treatment centres and benefit from a low cost, time- and labour-intensive manufacturing process. As in other technologies, the translational gap between animal and human models must be addressed by carefully conducted studies showcasing the broad therapeutic potential of EnPCs.

Currently, NEUWAY Pharma is testing its proprietary drug delivery technology to encapsulate active drug substances that would not normally cross the BBB. The company has established an in-house pipeline targeting severe orphan CNS diseases with very high medical need. The therapeutics of interest will be delivered with NEUWAY’s proprietary delivery technology and aim for a transformative impact on the lives of patients suffering from CNS diseases with limited treatment options. NEUWAY’s lead candidate is an mRNA encoding for the missing enzyme in metachromatic leukodystrophy (MLD). MLD is a genetically inherited lysosomal storage disease caused by a dysfunction of the enzyme Arylsulfatase A (ASA), which affects the metabolism of lipids needed for proper brain tissue functions. Without this enzyme, sulphatides are deposited in the cells causing cell death, which eventually leads to the destruction of the isolating myelin sheath of the neuronal tissue and thus its function to transmit signals throughout the central and peripheral nervous systems. Transported across the BBB and into the brain cells, the ASA-encoding mRNA is translated into the functional enzyme, thereby avoiding or reducing the accumulation of toxic intermediates.

During recent years, research has tremendously improved diagnostic tools and the characterisation of brain and CNS-related diseases, consequently challenging conventional therapeutic tools. Solutions will likely involve concerted multidisciplinary approaches given the complexity of BBB biology, as well as the unique features associated with the pathological condition to be treated. Factors that impede the development of effective therapies remain the lack of information on the interactions of transport vehicles within the targeted organ, as well as the rest of the human body. Despite enthusiastic reports on the efficiency of approaches in crossing the BBB and reaching the brain parenchyma in significant concentrations, setbacks have continuously halted clinical successes and, as a result, the number of available therapies is drastically below expectations. Many applications fail to successfully translate from animal to human studies or they lack data on immunogenicity, inflammation potential or genotoxicity. Finally, access to complex technologies can also be a high-cost burden, despite renewed efforts from worldwide health entities, industry investors and patient associations to financially support drug discovery and novel therapeutic strategies. Notwithstanding the development setbacks to date, novel strategies including the EnPC technology hold great promise and, if appropriately funded, could transform how we treat CNS diseases in the near future.

Dr Heiko Manninga is Founder and Chief Scientific Officer (CSO) at NEUWAY Pharma. He is supported by a team of 20 experts and staff including experienced consultants to complement the in‑house experience. In only a year under his leadership, NEUWAY has expanded and initiated several pre-clinical projects.