New guidelines for breakmarks on tablets

The US Food and Drugs Administration (FDA) produced their guidance for industry on tablet scoring in March 2013 to ensure that tablet scoring (breakmarks or breaklines) on generic tablets would enable them to be split in the same effective way as their reference listed products (RLD). 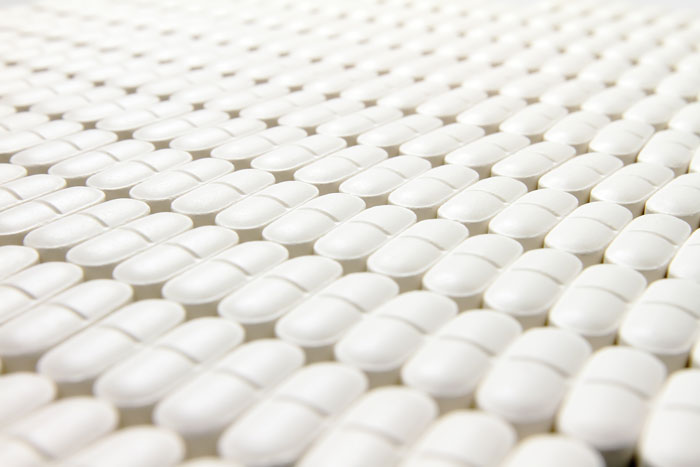 These breakmarks on tablets were originally developed to allow tablets to be split into two or four equal parts to help the ingestion of large tablets or to allow a reduction in dose, e.g. for children or the elderly. However, some generic drugs have included breakmarks just so that they look like the RLD without the breakmarks being functional. Thus, the FDA desired consistent scoring between a generic product and its RLD. There is also the problem of insurance companies and doctors increasingly recommending that patients split high dosage tablets and take those halves or quarters to save money on their medicines bills. It is interesting that the FDA considers that tablet splitting is manufacturing under the Federal Food, Drug and Cosmetic Act and therefore establishments that do this must register with the FDA and comply with Current Good Manufacturing Practice (CGMP). However, this would not apply to a pharmacy dispensing a prescription for individually identified patients.

The new guidance relates to new drug applications (NDAs) and abbreviated drug applications (ANDAs) for scored tablets and is not retrospective. The characteristics of split tablets to be evaluated include: dose, safety, effect of spitting on modified release products, stability, dissolution, weight variation or content uniformity, friability and the ability of the intended patient population to be able to successfully split the tablets.

As far as labelling is concerned, the term ‘functional score’ is a term reserved for labelling products that have been demonstrated to meet the recommendations. Products that are not intended to be split, e.g. enteric coated tablets, tablets which are film coated to maintain stability and some modified release preparations, should not be split. However, those modified release preparations using matrix technology or using compressed film coated components could be split.

This FDA guidance comes some 10 years after the publication of the European Pharmacopoeia general monograph on tablets for tablets with one or more breaklines. These requirements have been in force since April 2002 and were revised in 2006. They provide background information on the use of breakmarks and describe the sampling procedure and the number of tablet parts to be tested in detail. As a test procedure, it prescribes determining uniformity of mass, while setting the somewhat wider acceptance criteria of the test of content uniformity, namely 85 – 115 per cent (in this case of the average mass). As with the FDA guidance, the requirements were not retrospective.

As the requirements on subdivision of tablets are listed in the production section of the European Pharmacopoeia general monograph on tablets, it is normally sufficient to perform the test during pharmaceutical development. There is no need to include the test in the release specification. However, in situations where there is a significant change in tablet hardness during storage, it may be necessary to repeat the test at the end of the product’s shelf life in order to ensure that the use of tablet breaklines has not changed the tablet’s hardness. The whole thrust of the requirements is to ensure that subdivision is assessed and authorised by the competent authority in order to ensure that the patient will receive the intended dose.

There are few differences between this new guidance from the FDA and the existing requirements of the European Medicines Agency / European Pharmacopoeia, so that manufacturers should easily meet both sets of recommendations.

One last thought. It is often the elderly who split tablets to ease their taking or reduce the dose and they often do it by hand and not using a tablet splitting device. What variation might we expect to see at the level of the patient?

One response to “New guidelines for breakmarks on tablets”