The Future of QA/QC for Complex Biologics: Listen to thought-provoking presentations from industry experts and leaders from around the world in our virtual summit
Hear from industry leaders in our upcoming live webinars – reserve your place today!
Free membership: sign up today to access all of our exclusive content
Download your complimentary copy of our latest digital journal
article 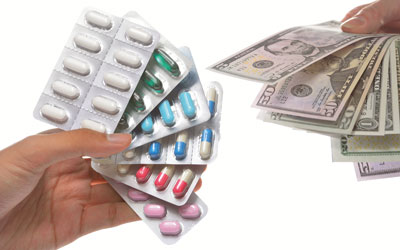 In a recent study, we analysed the effects of a change from external to internal reference pricing in Denmark in 2005, finding that the reform led to substantial reductions in prices, producer revenues, and expenditures for patients and the health insurance system. We also estimated an increase in consumer welfare but the size effect depends on whether or not perceived quality differences between branded and other drugs are taken into account.

To give a brief overview of a few of the factors that shape the Danish healthcare and pharmaceutical markets, Denmark maintains a universal health care system that is financed through general tax revenues. As in many European countries, there are rules on advertising, and doing so for prescription drugs directly to patients is prohibited. However, unlike in many other European countries, in Denmark pharmacists must in the first instance offer the patient the cheapest product within a group of substitutes (mandatory substitution). Patients then decide themselves whether or not to buy that cheapest product or whether to buy a more expensive product.

Meanwhile, product pricing is unregulated in Denmark. Sellers must notify the governmental body, the Danish Medicines Agency, of pharmacy wholesale prices. The agency updates prices every 14 days and makes them publicly available online. It also ensures that prices are identical nationwide and classifies products into substitution groups based on active substance, administration form, strength, and package size.

Governments and regulators around the world are facing increasing costs of medical treatments driven by a steadily growing life expectancy, aging populations, and often broad public health insurance coverage. In an attempt to reduce the expenditure growth, various cost containment tools have been introduced. Among those tools, restricting patients’ reimbursements using drug-specific reference prices appears to be a particularly widely-embraced approach. Reference pricing makes patients more price-conscious as their out-of-pocket payment – the co-payment – increases in the retail price of the drug chosen.

There are several reasons why we would expect the switch from internal to external reference pricing to strengthen competition and to reduce prices. Firstly, firms now faced demand that was more price-elastic above the external reference price than below it, prior to the reform, introducing a tendency for prices to cluster at the reference price. Since Danish prices were comparatively low in Europe, this kept the Danish price level up. Secondly, since the reform, Danish patients have had to pay the full difference between the retail price and the reference price ‘out-of-pocket’ when buying a product that is not the least expensive one. This makes patients more price-sensitive and leads to tougher competition among firms in the market.

Our analysis focuses on cholesterol-lowering drugs statins. To estimate the reform’s effects on price, demand and economic welfare we would ideally observe the market for statins simultaneously with both internal and external reference pricing. Given that we can only observe the market either with one or the other at any one time, the empirical challenge we face is how best to construct an artificial, ‘counter-factual’ world in which the reform had taken place in the pre-reform period already. The empirical questions we specifically ask are, (i) how high would list prices have been had the reform taken place pre-reform, and (ii) how would demand have adjusted to a change in co-payments? By constructing such a counter-factual world, we can filter out factors other than the reform that may have affected post-reform market outcomes. The details about the methodology we employ are given in Kaiser et al (2014).

The key finding of our analysis is that the reference price reform has substantially different effects on producer revenues, government expenditures and patients’ co-payments. Our estimated price decreases are most substantial for generics where list prices decline by 44%, while retail prices for branded drugs change comparatively little. Even though we estimate a decrease in patient co-payments on average, they increase for branded drugs. This is the case since reference prices for branded drugs decrease relatively more than list prices.

These changes in absolute and relative price terms have large effects on the demand for statins. Overall demand for statins increases by 13%. Growth in demand is strongest for generic drugs where it increases by 20%. Parallel imported drugs witness a demand increase of 62%, up from a pre-reform market share of 13%. Demand for branded drugs declines by 21%. Combining price and demand effects, we estimate overall decreases in reimbursements and consumer expenditures of around 10%.

Turning to the effects of the reform on firms, we find that parallel importers benefit most from the reform. Their overall revenues increase by 42%, while the revenues of firms selling generic and branded drugs increase by 20% and decrease by 29%, respectively. Overall, producer revenues decrease by 10%.

Ulrich Kaiser is a chaired professor of Entrepreneurship at University of Zurich (Switzerland) and holds a part-time position at Copenhagen Business School (Denmark). His research focuses on empirical analysis of innovation, regulation and business strategy. He studied economics at University of Konstanz (Germany) where he also gained his PhD. He is presently affiliated with Centre for European Economic Research (Mannheim, Germany) and Institute for the Study of Labor (Bonn, Germany).

Susan Mendez is a Research Fellow at Melbourne Institute of Applied Economic and Social Research (Australia). Before joining the Institute, Susan was a Research Associate at University of Zurich (Switzerland) from where she also has her PhD. Her research interests are applied industrial organisation, applied microeconomics, health economics, and labour economics.

Thomas Rønde holds a professorship in innovation and entrepreneurship at Copenhagen Business School (Denmark). He did his PhD in economics at University Pompeu Fabra (Barcelona, Spain).  His primary research interests are innovation, health economics, regulation, and competition policy. He is affiliated with Centre for Economic Policy Research (London, UK) and serves as Chief Economist at the Danish Competition and Consumer Authority.