Globalisation has facilitated greater international harmonisation and standardisation of quality standards, which in turn has impacted on pharmacopoeias1. Historically, general chapters were developed based on input from local regions with little concern for global consequences. This often led to the development of similar, but unidentical tests, for example, Residue on Ignition (USP <281>) versus Sulphated Ash (Ph.Eur., 20414; JP, 2.4.44)2. Similarly, pharmacopoeial monographs of active pharmaceutical ingredients (APIs) were developed primarily based on the input of the innovator and single sources of the API. In contrast, today’s monographs must reflect multi-source APIs from many generic suppliers, typically from India and China, rather than from Western Europe and the United States. Consequently, the test methods must be cheap, globally available and state-of the-art, but selective and robust – often a significant challenge.

Pharmacopoeial harmonisation of general chapters and specific monographs was always going to be challenging; however, progress has generally been extremely slow3 . The main reason is that the seven-stage harmonisation process, whereby regional perspectives need to be discussed and agreed, is a lengthy and iterative one. Some of the inherent challenges were differences in interpretation, legal status and cultural perspectives, which were always likely to arise given the very different status of pharmacopoeias, that is, USP (non-governmental), JP (governmental) and Ph. Eur. (pan-governmental).

The majority of the general chapters that reached stage six regional consensus agreement are not totally harmonised (as per ICH Q4B definition); most have been coordinated by attributes. Although the primary reason for harmonisation – supporting the implementation of the ICH Q6 guidelines – was achieved, the lack of meaningful harmonisation has still resulted in extra testing by Industry. Additionally, the US Food and Drug Administration indicated in the general guidance to ICH Q4B guidelines4 that they may request ‘confirmation of suitability’ of the harmonised guidance for the specific product or material, irrespective of the origin of the method. This is reflected in ‘black diamond’ text in all general chapters, reflecting regional differences. With such caveats in place, it is difficult to claim that this initiative has meaningfully reduced costs or time to market.

Only two thirds of the general chapters, and just over half of the specific monographs that were under consideration, were meaningfully harmonised as part of this initiative (where harmonised is stage five or beyond, and stage five is defined as consensus). ICH has reflected that, “Even for general chapters that are being considered by PDG for harmonisation, the fundamental approaches taken by the various pharmacopoeias are not always consistent, making the likelihood of a harmonised outcome unlikely”5.

The ICH Q4 website is no longer being updated with the current status of the ongoing harmonisation initiatives. Consequently, those initiatives post 2011 are now being coordinated by the Pharmacopoeial Discussion Group (PDG), which was set up in 1990 and previously worked with the ICH Q4B Expert Working Group. Both USP and Ph. Eur. did have general chapters covering the status of harmonisation6,7, however, USP <1196> has recently been withdrawn. USP now utilises ‘Notices of Stage six Harmonised Text’8 to communicate the progress of activities. The principal impediment to total harmonisation of excipient monographs often appears to be the heavy metal test, but this is being addressed as part of the ICH Q3D implementation initiative9. No general chapters or specific monographs have reached stage seven (inter-regional acceptance). Indeed, harmonisation now appears to be ‘agreed’ as stage six acceptance (regional acceptance).

Pharmacopoeias are also actively involved in anti-counterfeiting and anti-adulteration measures. Whilst a pharmacopoeia will never be able to fully control all potential adulterants and the resulting ‘impurities’, they must be attentive to emerging trends and be capable of revising monographs in response to these issues3. For instance, in response to continued issues of adulteration of propylene glycol, the current USP (and other pharmacopoeias) now includes a specific test for ethylene and diethylene glycol adulterants with limits of not more than 0.1%10.

In conclusion, pharmacopoieias continue to play a major role in the global regulatory process as well as addressing adulteration and counterfeiting issues. Harmonisation initiatives continue via the PDG and ad hoc bi-lateral agreements1, but progress remains slow and significant challenges remain to be overcome. 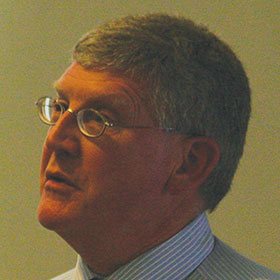