Here, GSK’s Emmanuel Hanon discusses maternal vaccination and how it has emerged as a promising public health strategy… 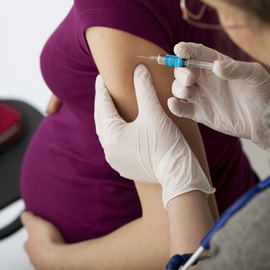 Childhood vaccination was one of the most significant medical success stories of the 20th century with vaccines making diseases such as measles, whooping cough and rubella much more unlikely. New and re-emerging diseases make vaccine discovery a constant challenge as we have recently seen with the Ebola outbreak in West Africa. The field of maternal immunisation is an exciting opportunity supporting the potential development of the vaccines of tomorrow. 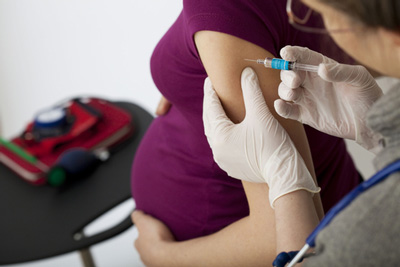 The world has made tremendous strides in reducing child mortality, but there is a still long way to go. Last year UNICEF estimated that  almost 6 million children under the age of five will still die every year, equivalent to 11 every minutei. More than a third of these deaths are attributed to infectious diseasesii The fight to reduce global maternal mortality has also progressed, however, recent figures from UNICEFiii report an average of 210 maternal deaths per 100,000 live births, which is still an unacceptably high rate.

In most countries vaccination is first offered to infants at 2 months of age. However, in the past decade, maternal vaccination has emerged as a promising public health strategy, since it has been shown to provide protection against infectious diseases to the mother, her developing foetus and later in newborn infant.  There are several examples of successful maternal immunisation strategies such as vaccination against influenza, whooping cough and tetanus.iv  In developing countries, the success of maternal tetanus vaccination serves as “proof-of-concept” that maternal immunisation can help protect neonates and infants. In 2013, the WHO reported a 94% reduction in neonatal tetanus compared to the 1980’sv.

GSK is one of the key players in the field of maternal immunisation.  An investigational vaccine against Respiratory Syncytial Virus (or RSV), a virus  causing acute respiratory infections in nearly 65 million infants and children per year, and killing around 160,000,5  is currently in Phase II trials, and  if successful is planned to advance to Phase III by 2019. GSK is also working on an investigational maternal immunisation vaccine for Group B streptococcal infection (GBS), a rarer but deadlier infection compared to RSV. An earlier trivalent version of the GBS vaccine has been tested in clinical trials in 700 women already, and focus has now shifted to the development of a pentavalent type which is potentially expected to offer  broader protection against the disease.

As always when introducing a new technology, there are challenges to overcome. One of the challenges in developing a vaccine for maternal immunisation, like GBS, is designing clinical trials in pregnant women that will provide adequate efficacy and safety data.

One option is to use a surrogate endpoint to support vaccine licensure. This is an alternate indicator of effectiveness that can determine efficacy of a vaccine candidate when the burden of disease generally is low or there is no comparator vaccine. One example of how this has been successfully deployed is GSK’s Bexsero vaccine against meningococcal B infection, which was approved for use by the FDA on the basis of immunogenicity endpoints.

There is a global consensus and commitment to exploring the use of maternal vaccination to curb infant mortality. In May 2012, the Global Vaccine Action Plan Vision for universal access to immunisation (GVAP), endorsed by the 194 Member States of the World Health Organisation (WHO) included the use of vaccination during pregnancy. More recently, in 2014, the Global Vaccine and Immunization Research Forum, co-sponsored by WHO and The Bill and Melinda Gates Foundation, presented its maternal immunisation platform targeting influenza, RSV, pertussis, GBS and tetanus.

It is beyond doubt that we are at the beginning of an exciting new era in Vaccinology. A current example that scientists will be considering now is the Zika emergency which may rely on maternal immunisation to help protect infants. What there is consensus on is that, in years to come, maternal immunisation will likely have an increasingly important role to play in improving public health.