Posted: 9 February 2018 | Avery Spencer, Will Rosellini | No comments yet

Human brains have to manage an inconceivably massive amount of information. By current estimations, we are offloading, transferring, and storing information upward of 2.5 quintillion bytes a day… 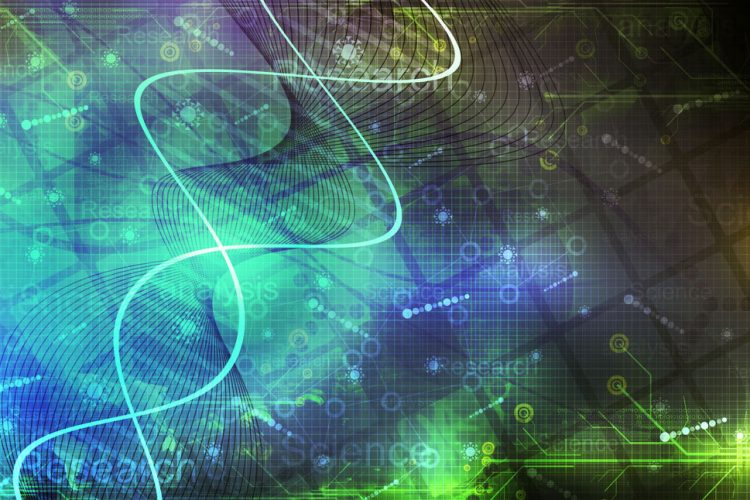 Human brains have to manage an inconceivably massive amount of information. By current estimations, we are offloading, transferring, and storing information upward of 2.5 quintillion bytes a day. In this, humans require a trustable mechanism for recalling and telling their story. And such technology could enable the betterment of the human species.

To this end, there is a growing interest in the convergence of IoMT (Internet of Medical Technology), self-adjusting algorithms optimising central nervous system patterns, and a smart ledger of quantifiable human record. Among the companies at the forefront are Elon Musk’s Neuralink, Bryan Johnson’s Kernel, and the award-winning Silicon Valley company Neuropace. These teams are using technology to sense, analyze, and respond to changes in brain behaviour. And their work poses a foundational opportunity to augment the human brain’s ability to recall memories, make smarter decisions, and objectively learn about consciousness.

Imagine wearable devices or neural implants capturing data that will enable a vastly profound understanding of human consciousness; and algorithms that determine the importance of a memory and “prune” it to improve cognitive or motor function. Imagine an immutable, objective record of human experience in place of subjective histories.

This is where blockchain technology comes in. Blockchain technologies in conjunction with neural implants will be capable of capturing and encoding thoughts, providing smart ledgers to represent human experience data logging.

Blockchains are a form of information technology with several important future applications capable of supporting brain augmentation. One proposal is the storing of mindfiles, which would act as building blocks of data in personal thinking chains, shareable in a peer-to-peer network file system that allows historical versioning. This type of Blockchain thinking is proposed as an input-processing-output computational system with several features that lend opportunity for artificial intelligence, human enhancement, and their potential integration.

Blockchain allows an interconnected network of computers to shake hands at intervals of a timestamp to validate the source and truth of a ledger. If we were to build a brain from the ground up, this type of trust mechanism could enable nets of neurons to store and recall information with accuracy and trust of what is subjective versus an objective of a given experience.

The multi-factor authentication connecting to a personal thinking chain as a blockchain implementation can enable opportunity for the safe building of a quantified-self data commons for human beings. Such a data-commons reduces the siloes of human data, while also allowing for each human to keep ownership over the privacy or sharing of their experience, possibly to garner monetary benefit without the use of a third party or centralised authority.

At some future date using an augmented version of this technology, when two or more people experience the same moment, though from subjective perspectives, we could reassemble their experiences to be more objective about the happenings of that moment. Ideally, this would enable the creation of virtual simulations for past memories, and the potential to see subjectively from someone else’s perspective. Once we have a better elastic understanding of individual mappings to emotions and sensory experiences as contributive to a given memory, this would take in data from the senses onto this future blockchain – like sight, smell, etc.

And the fact is, the technologies to make this a reality are being developed. In the not-so-distant future, we can begin recording our sensory experiences by the use of wearable technology, the current state of brain and nerve implants, biofeedback imaging, and any other sensors that permit a multi-factor fingerprint specific to a given human’s record of temporal experience. Using these technologies as a starting point, research can be performed into improvement of decision making, learning, recall, and rehabilitative protocols.

Somewhere along this way in parallel, we would want to compile memory after memory into an understanding of experiential ability, so that we could create mindware – i.e., software built upon the premise of experiential understanding of a given human’s subjective experiences. Mindware would be composed of mindfiles, uploaded, interconnected, and shared in a peer-to-peer network file system.

High accuracy mind clones could then be built as an additional layer, and we could create entire virtual simulations of experiences past, current, or entirely separate from temporal reality (though with similar physical and thermodynamic laws as our current shared reality). Our mind clones could act on our behalf to garner additional experience, ability, or even perform jobs that supplement our immutable, yet exponential record of life as it passes through the generations.

Memories would not be the only realm we would want an immutable ledger of, though. Biochemical exchanges, drug interactions, rehabilitative progress, and even testing a hyper-speed-like learning of new abilities are all forms of an immutable record that could benefit our understanding of the brain and the overall functioning of the central nervous system.

What if our brain’s plasticity drove our expert software systems? What if the exponential augmentation of such an implementation allowed thought computation to perceive the implications of one decision as it progresses thousands of years into the future? By connecting the computation of our biology with the unfathomable world of data we currently have and will share, our very perception of time and our impact upon time would disintegrate and reintegrate into a new awareness of our conscious ability to evolve intelligently by the design that we collectively choose.

Through merging with self-adjusting artificially intelligent algorithms and the fusion of wetware and intelligent software, we could drive an exponential enhancement of human capability, giving us previously unimagined capabilities to rewrite genetic code, single neurons, overall brain circuitry, and biochemical patterns. It could make possible interaction with external environmental sensors, autonomous machines, and even other conscious beings, manipulating the temporal sensory experience and our surrounding environment in parallel.

Highly complex obstacles, of course, do remain. As a society, we must first attempt to agree on the sort of society we want to build. We need to revisit consensus models for societal change and seek to understand the reward systems dictating social behaviour. Together we must decide on a standardised approach to the betterment of our species, designing these new technologies in such a way that they may serve to motivate according to principles of collective altruism – rather than egocentric or materialistic values.  Only reaching these consensuses, and building technologies accordingly, can we stave off undesirable consequences and assist in the advancement of humankind.

Will Rosellini  is the CEO at NEXEON, a bioelectronics company focused on the development and delivery of therapeutic solutions for the benefit of patients, healthcare professionals, and healthcare systems throughout the world

Avery Spencer is the Senior Product Manager at HealthMine, a digital health company focused on early detection of disease and personalisation of preventive care to amplify health outcomes for health plan sponsors and their member populations.

By Avery Spencer, Will Rosellini