Lenalidomide recommended for use with rituximab by NICE

NICE has given its positive opinion to lenalidomide in combination with rituximab as a ‘chemotherapy-free’ treatment for lymphoma. 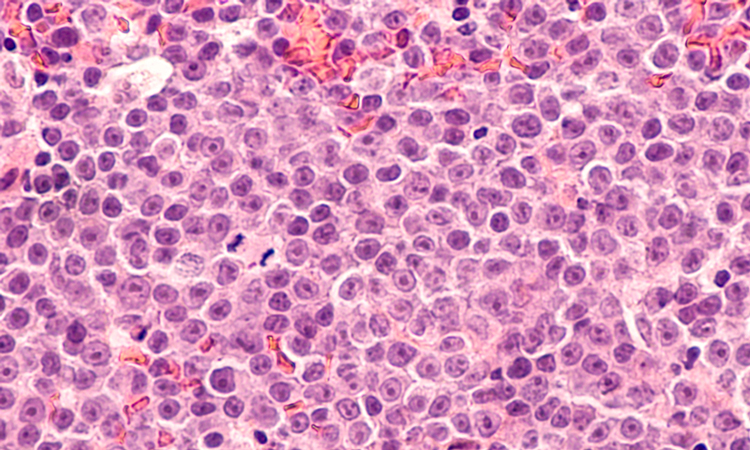 The UK National Institute for Health and Care Excellence (NICE) has recommended a new ‘chemotherapy-free’ treatment for patients with previously treated follicular lymphoma (grade 1 to 3A) in final draft guidance. Follicular lymphoma is a slow-growing type of non-Hodgkin’s lymphoma and forms when B cells become abnormal.

The new drug, Revlimid (lenalidomide) is produced by Celgene and has a different mechanism of action to fight cancer cells than other current treatments, interfering with cell processes to halt the growth of tumours and stopping them from producing their own blood vessels.

Lenalidomide has been recommended for use with Roche’s MabThera (rituximab), an anti-CD20 antibody that sticks to cancer cells to help the immune system recognise and kill them. Rituximab is often used alongside chemotherapy as the standard treatment for follicular lymphoma.

Meindert Boysen, director of the Centre for Health Technology Evaluation at NICE, said: “Lenalidomide is a new type of targeted cancer therapy for people with previously treated follicular lymphoma. It not only offers patients a chemotherapy-free treatment option, but it also benefits those whose disease has become resistant to chemotherapy or rituximab. Lenalidomide fights cancer cells in a different way to current treatments which should help reduce resistance and improve disease outcomes. The use of lenalidomide with rituximab is more toxic to cancer cells than the singular use of either drug. Importantly, patients have also been seen to overcome previous resistance to rituximab when it’s taken with lenalidomide. We’re therefore pleased to be able to recommend the use of lenalidomide with rituximab on the National Health Service (NHS), as an alternative treatment for people with previously treated follicular lymphoma.”

According to NICE, clinical trial evidence has shown that taking lenalidomide with rituximab increases the length of time before the disease progresses by around 39.4 months, compared to around 13.8 months when taking rituximab alone.

Health Minister Jo Churchill said: “This new drug offers cancer patients treatment which is free from the gruelling side effects of chemotherapy, as well as giving fresh hope to those who have built resistance to existing medicines.”

Lenalidomide with rituximab costs more than rituximab with chemotherapy. However, its cost-effectiveness estimate is within the range that NICE normally considers an acceptable use of NHS resources.