By attaching cyclic peptides to modified liposomes, researchers have created a potential form of drug delivery able to cross the blood-brain barrier. 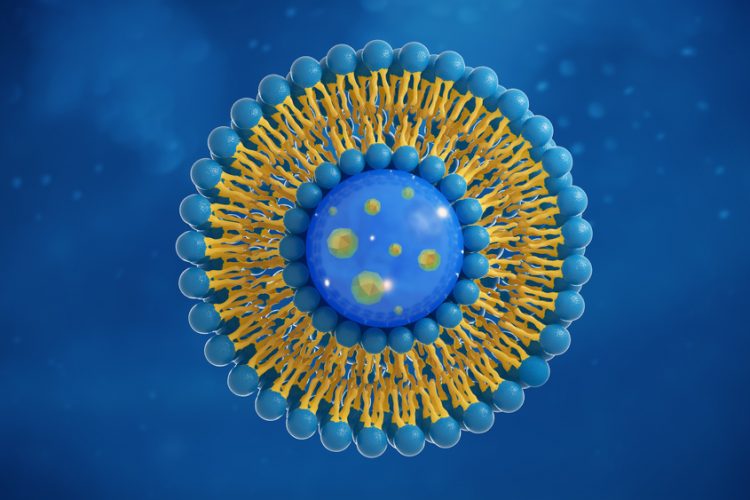 A Japanese research team has developed a cyclic peptide that enhances blood-brain barrier (BBB) penetration. By attaching the cyclic peptide to the surface of liposome nanoparticles, the researchers say this could enable new drug nanocarriers for drug delivery to the brain.

Unlike blood circulation to the peripheral organs in the body, the BBB prevents various substances, including many drugs, from moving from the blood into the brain.

Aiming to develop technologies applicable to various drugs, a research team from Kumamoto University worked on developing a cyclic peptide able to penetrate the BBB. In their search to find a peptide with the desired function, they turned to viruses called phages. From a phage library listing cyclic peptides with 109 types of amino acid sequences, the researchers searched for phages able to penetrate human BBB model cells and analysed their sequences. Since the size of a phage (about 1,000 nanometers) is larger than macromolecular drugs, the scientists expected that these cyclic peptides would also allow drug penetration into the BBB. 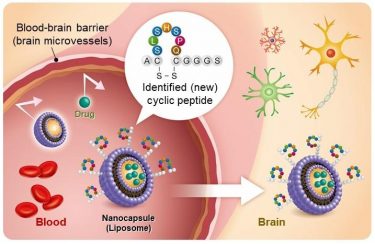 Delivery of pharmaceuticals by nanocarrier through the blood-brain barrier can be done using the newly discovered cyclic peptide [credit: Professor Sumio Ohtsuki].

Of the two new cyclic peptides the team discovered, one promoted phage penetration not only in human BBB model cells but also in monkey and rat BBB model cells. Furthermore, this phage could be found in the brain of a mouse 60 minutes after intravenous injection. In additional experiments, the researchers modified liposomes by adding the cyclic peptide to their surface, thereby creating 150 nanometer-sized artificial nanoparticles. When this modified liposome was injected intravenously into a mouse, it was also detected in the brain 60 minutes later showing that the new cyclic peptide facilitates penetration of phage and liposome nanoparticles through the BBB allowing for delivery into the brain.

“Liposomes are nanocarriers that can encapsulate various substances. The liposome whose surface has been modified with this new cyclic peptide can be used as a nanocarrier to bypass the BBB. A way to deliver macromolecular drugs to the brain has been opened,” said Professor Sumio Ohtsuki, one of the study’s authors. “We expect this research to contribute significantly toward the development of drugs for central nervous system diseases, including Alzheimer’s disease.”

The research was published in the Journal of Controlled Release.