Posted: 8 May 2020 | Victoria Rees (European Pharmaceutical Review) | No comments yet

According to a new review, multi-arm and multi-stage clinical trials should be used to evaluate potential Parkinson’s treatments. 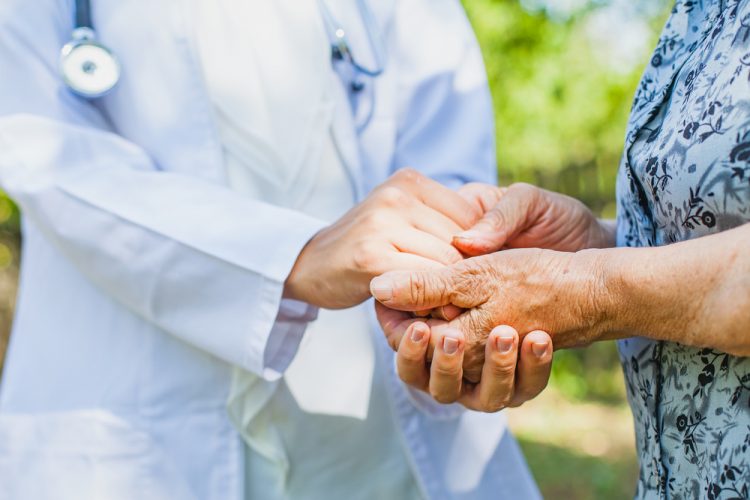 A new report has suggested the possibility of using a multi-arm, multi-stage (MAMS) trial platform to evaluate several potential Parkinson’s disease therapies at once, using lessons learned from other diseases.

Many potential disease-modifying therapies have been identified as suitable for clinical evaluation in Parkinson’s. Each potential cure for the condition has to go through three clinical trial phases to test its safety, whether it shows signs of improving Parkinson’s and whether there is any meaningful benefit to patients with the disease.

According to the researchers, running a clinical trial is a huge logistical, costly and time-consuming undertaking. For a single new therapy this process can take the best part of a decade. Currently, Phase II and Phase III clinical trials in Parkinson’s are set up in isolation from each other, a process that is lengthy, costly and inefficient.

In the new review, the scientists introduce the concept of a MAMS Parkinson’s trial platform. MAMS trials test many potential therapies in parallel, transitioning seamlessly through various phases. Early analyses allow unsuccessful therapies to be replaced. At the interim checkpoint, ineffective arms can be dropped and replaced by new treatment arms, thereby allowing for the continuous evaluation of interventions.

MAMS trial platforms already exist for prostate, renal and oropharyngeal cancer and are currently being developed within the UK for other neurogenerative disorders such as progressive multiple sclerosis (PMS) and motor neuron disease (MND).

“The current way we do trials in Parkinson’s is too slow and inefficient,” explained lead author Dr Camille Buchholz Carroll, Applied Parkinson’s Research Group at the University of Plymouth, UK. “We need to develop new ways of doing trials such as the MAMS trial platform, which will speed up the process and bring us closer to finding a cure, faster. We have the opportunity to learn from the experience in these other conditions and design a new trial that will work for people with Parkinson’s.” 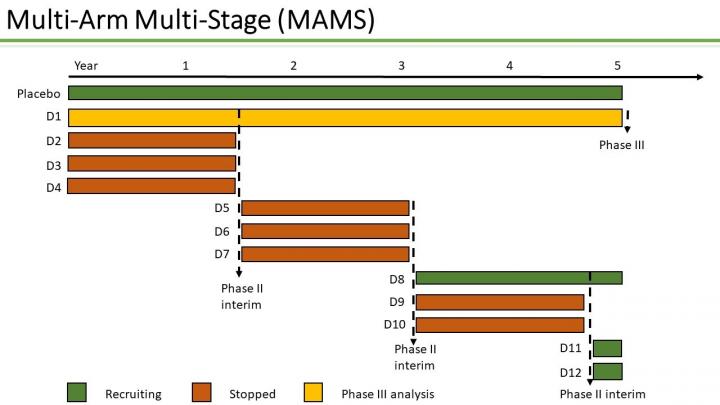 Despite 30 years of research, not a single therapy has been found to successfully delay or stop the progression of Parkinson’s disease. In the Journal of Parkinson’s Disease scientists report on the possibility of using a multi-arm, multi-stage (MAMS) trial platform to evaluate several potential therapies at once, using lessons learned from other diseases [credit: Cure Parkinson’s Trust].

As a MAMS trial for Parkinson’s would evaluate many potential treatments, it is critical that a widely endorsed core protocol is developed that will investigate outcomes and objectives meaningful to patients. Dr Carroll and colleagues describe the challenges of drug selection, trial design, stratification and outcome measures, type and stage of Parkinson’s to be tested and how to best measure the condition. They explore how these challenges have been met in promising MAMS trials instituted to address other diseases including the STAMPEDE trial; Motor Neuron Disease Systematic Multi-Arm Adaptive Randomized Trial (MND SMART]; and UK MS Society’s 2018-2022 Research Strategy.

The authors stress that to maximise the potential of a MAMS platform trial running over many years and interrogating many research questions, it is crucial that there is a pipeline in place that will continuously identify and evaluate suitable drug candidates. Furthermore, outcome measures have to be chosen that are sensitive enough to changes in disease progression over interim stages as well as the full duration of the trial.

“We believe a MAMS trial for Parkinson’s is possible and could dramatically speed up the search for a cure,” concluded Dr Carroll. “Over the coming 12-18 months we will be working with the Cure Parkinson’s Trust and other organisations, nationally and internationally, to achieve this.”

The study was published in the Journal of Parkinson’s Disease.