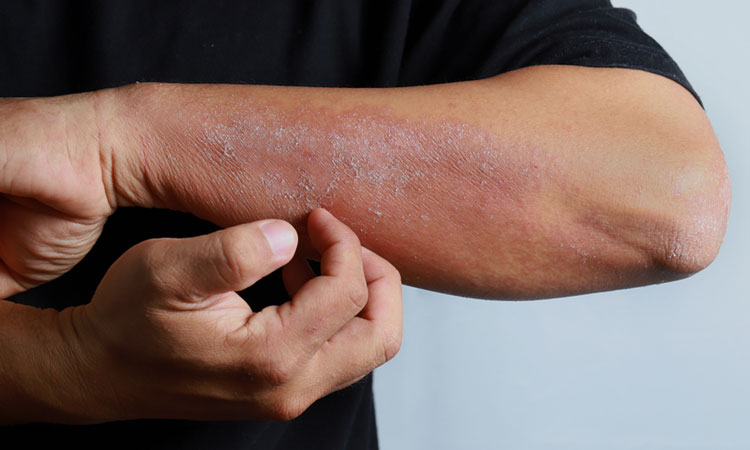 Sanofi have announced positive results from a Phase IIa study evaluating the safety and efficacy of amlitelimab, a human monoclonal antibody targeting key immune system regulator OX40-Ligand, in patients with atopic dermatitis. The data were presented as a late-breaker at the European Academy of Dermatology and Venerology (EADV) 2021 Virtual Congress.

In the study, amlitelimab showed significant improvements in signs and symptoms of moderate-to-severe atopic dermatitis with a well-tolerated safety profile in adults whose disease cannot be adequately controlled with topical medications, or for whom topical medications are not a recommended treatment approach.

Amlitelimab is a fully human non-depleting monoclonal antibody that binds to OX40-Ligand, a key immune regulator, and has the potential to be a first-in-class treatment for a range of immune-mediated diseases and inflammatory disorders, including moderate-to-severe atopic dermatitis. By targeting the OX40-Ligand, the treatment aims to restore immune homeostasis between pro-inflammatory and anti-inflammatory T cells.

In the Phase IIa double-blind, placebo-controlled study, participants were randomised to either intravenous amlitelimab-low dose (LD, n=29), intravenous amlitelimab-high dose (HD, n=30) or placebo (n=29) and were treated every four weeks over a 12-week period. Eligible patients included adults with moderate-to-severe atopic dermatitis whose disease is inadequately controlled with topical therapies such as corticosteroids, or where such therapies were not advisable.

At week 16, the data demonstrated that when dosed every four weeks:

“In the Phase IIa study presented at EADV, amlitelimab was shown to meaningfully improve the signs and symptoms of atopic dermatitis patients with moderate to severe disease with an unremarkable safety profile,” stated Professor Stephan Weidinger at the University Hospital Schleswig-Holstein. “These early results are exciting, and we look forward to seeking confirmatory data in future amlitelimab clinical trials.”