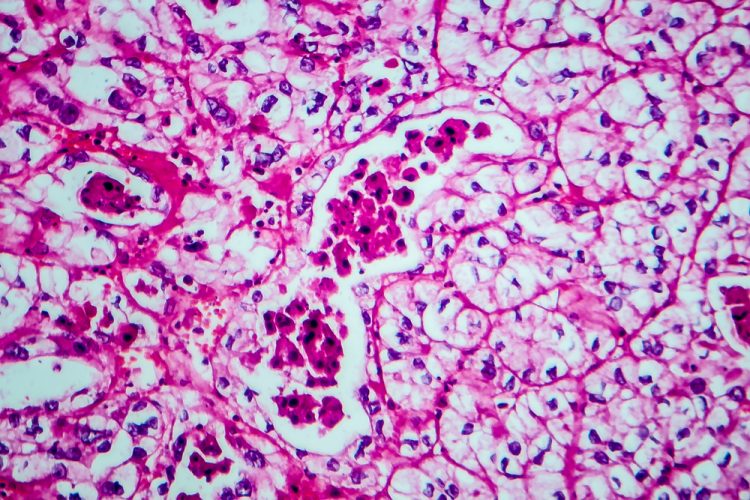 A new single-arm study from the University of Texas MD Anderson Cancer Center, US, has found that stereotactic body radiation therapy (SBRT) as monotherapy is a safe and effective non-invasive treatment for oligometastatic renal cell carcinoma (RCC).

SBRT uses highly concentrated doses of radiation to precisely treat tumour sites without damaging surrounding healthy tissue. Guided by computed tomography (CT), magnetic resonance imaging (MRI) and other advanced imaging techniques to map the position and shape of the tumour and determine its exact angles and intensities, SBRT is a non-invasive local treatment that can be repeatedly applied to control metastatic lesions in various anatomic locations.

For patients with kidney cancer, radiation is more often used as a palliative approach to relieve pain or manage symptoms, while systemic therapies, such as immunotherapy and targeted agents, are typically used as front-line treatments. Although highly effective, systemic therapy agents affect the entire body and can be associated with substantial toxicities.

The study enrolled 30 patients who were diagnosed with RCC of the clear cell subtype and had five or fewer metastatic lesions. The primary endpoints of the study were to estimate PFS and evaluate feasibility.

Biopsies collected three months after treatment confirmed that radiation therapy was effective in eliminating viable tumour cells or significantly reducing their proliferation. Researchers conducted CT-guided biopsies on 14 patients at first follow-up. 43 percent tested negative for viable malignancy. All remaining patients whom researchers were able to test showed a meaningful reduction in tumour cell proliferation, dropping from 15 percent before radiation therapy to six percent after treatment. At the end of the reported study period, 77 percent remained off systemic therapy.

According to the researchers, while larger randomised trials will be needed to further investigate the risks and benefits of SBRT as monotherapy, the study showed that radiation therapy for the treatment of oligometastatic RCC is feasible and produced favourable outcomes with minimal toxicity.

“These findings are exciting because we are challenging the dogma in radiation oncology that RCC is biologically radioresistant,” commented Dr Chad Tang who led the study, published in The Lancet Oncology. “Our strategy to iteratively radiate tumours as they grow and appear has demonstrated promising results. This adds to a growing body of evidence suggesting/indicating radiation therapy could offer an alternative treatment beyond systemic therapy for patients with this disease.”