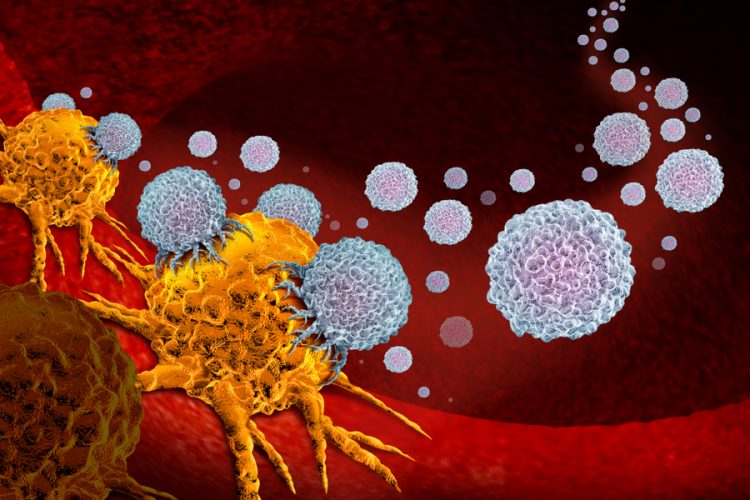 A prototype test, developed by scientists at The Institute of Cancer Research (ICR), UK, can predict which drug combinations are likely to work for cancer patients in as little as 24 to 48 hours.

The technique uses artificial intelligence (AI) to analyse large-scale protein data from tumour samples and, according to its developers, is able to predict patients’ response to drugs more accurately than is currently possible with genomics, which alone does not provide sufficiently accurate predictions to select drug combinations.

To overcome this, ICR scientists developed and tested a new technique on individual cancer cells and tumour cells freshly isolated from lung fluid in people with non-small cell lung cancer (NSCLC) in vitro. The study, funded by the National Institute for Health Research (NIHR), Wellcome, Cancer Research UK and ICR, was published in Molecular Cancer Therapeutics.

To develop the test, researchers carried out proteomic analysis on 52 important proteins and examined how changes alter drug response. They then trained machine learning algorithms to define the key protein changes that predict drug responses.

In the study, the algorithms were first used to predict how sensitive cells were to individual cancer drugs. It was observed that the technique could predict individual drug responses more accurately than genetic features, such as mutations in key genes EGFR, KRAS and PIK3CA – three genetic markers currently used in the clinic to predict drug responses in lung cancer.

The team stated that this is therefore the first prototype test that can offer personalised predictions of which drug combinations are likely to work in different individuals. Researchers at the ICR believe the new technology could be crucial in overcoming cancer evolution and treatment resistance by allowing doctors to analyse how drugs work in combination.

The new study establishes proof-of-concept, but the test will need further validation before it can be used in patients. The study looked at seven different drugs in multiple combinations, but a larger follow-up study is already being planned to test 15 drugs and look at 12,000 proteins involved in signal transduction instead of 52.

Study leader Professor Udai Banerji, Professor of Molecular Cancer Pharmacology at ICR, and Consultant Medical Oncologist at The Royal Marsden NHS Foundation Trust, commented: “Our test provides proof-of-concept for using AI to analyse changes in the way information flows within cancer cells and make predictions about how tumours are likely to respond to combinations of drugs.

“With a rapid turnaround time of less than two days, the test has the potential to guide doctors in their judgements on which treatments are most likely to benefit individual cancer patients. It is an important step to move forward from our current focus on using genetic mutations to predict response.

“Our findings show that our innovative approach is feasible and makes more accurate predictions than genetic analysis for patients with non-small cell lung cancer. Before this test can enter the clinic and guide personalised treatment, we will need to further validate our findings; for example, by carrying out a study where we run the test in patients already getting a treatment to check if the predictions are correct.”

Professor Kristian Helin, Chief Executive of ICR, added: “One of the greatest challenges we face in cancer research and treatment is the ability of cancer to adapt, evolve and become drug resistant. We expect that the future of cancer treatment will be in combining therapies to overcome resistance – but we need to get much better at predicting which drug combinations will work best for individual patients.

“This new study is a great example of interdisciplinary collaboration, in integrating our understanding of cancer biology, AI and clinical medicine to provide proof of concept for a new test that can predict which combination treatments are most likely to work for patients. It demonstrates the potential power of AI and protein analysis to personalise treatment and could be an important step in helping us tackle drug resistance – hopefully helping us offer patients smarter, more personalised treatment options.”