While thin coatings of copper were found to reduce SARS-CoV-2 viral titers on surfaces, silver had a very limited effect. 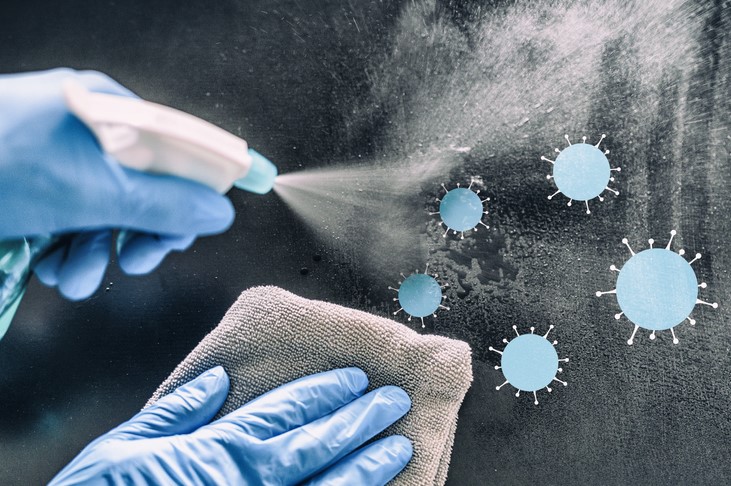 Research suggests copper (Cu) and silver (Ag) coated surfaces display significant differences in antiviral properties and that while copper is effective at reducing Severe Acute Respiratory Syndrome coronavirus 2 (SARS-CoV-2; the cause of COVID-19) transmission, silver is not.

As a result of corrosion, both copper and silver release positively charged ions into their environment, which can prevent bacterial growth or kill off the cells completely. This effect has long been exploited, for example by coating implants with these metals to prevent bacterial infections.

There are several strategies to increase the release of ions and thus intensify the antimicrobial effect. For instance, the use of a sputtering system in which thin layers or tiny nanopatches of the metals can be applied to a carrier material. Depending on the sequence or quantity in which the individual metals are applied, different surface textures are created. If a precious metal such as platinum is also applied, silver corrodes even faster and releases more antibacterial ions.

But while the antimicrobial properties of surfaces are well studies, their effect on many viruses has not been studied in depth. In a paper published in Scientific Reports, researchers from the Ruhr University Bochum, set out to establish whether surfaces with copper (Cu) and silver (Ag) coatings can slow viral transmission of COVID-19.

While both Cu and Ag coatings have reported antiviral properties, in the context of SARS-CoV-2, thin copper layers significantly reduced the viral load after only one hour, while sputtered silver surfaces had only a marginal effect and silver nanopatches did not affect the virus either.

“In conclusion, we demonstrated a clear antiviral effect of copper-coated surfaces against SARS-Cov-2 within one hour, while silver-coated surfaces had no effect on viral infectivity,” stated stated Stephanie Pfänder, Junior Professor, Department for Molecular and Medical Virology, Ruhr University Bochum.

The authors concluded that their results clearly demonstrate that Cu and Ag thin film systems display significant differences in antiviral and antibacterial properties which need to be considered upon implementation.

The team plans to conduct further studies to identify other materials with the broadest possible antimicrobial effect.