Posted: 26 May 2022 | Hannah Balfour (European Pharmaceutical Review) | No comments yet

According to a recent paper, by specifying equipment surface roughness as well as finish, pharmaceutical manufacturers can limit microbial attachment. 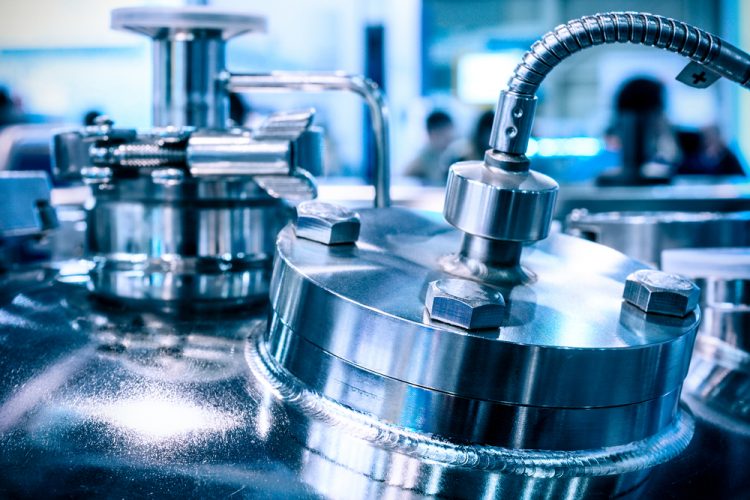 Not only do surface roughness and cleanability have a relationship, but the former can also promote or dissuade microbial attachment and adhesion, wrote Sandle. Attachment is the bacteria’s appendages sticking to a surface, where adhesion is when adhesive molecules expressed on the bacterial surface bind to host surface receptors. The latter is associated with biofilm formation.

Because of this relationship, specifying appropriate finishes and limits of roughness should form part of equipment and facility specifications.

Surface roughness, the height variation within a surface, is commonly reported using average roughness (Ra; expressed as µm). While commonly used and accepted by industry as a standard, Ra is limited in that it does not give insight into the distribution or shape of the surface features.

Not only do rough surfaces wear more quickly, but, according to Sandle, an increased degree of roughness generally leads to an increase in the contact area for a bacterial cell, making microbial attachment easier. That roughness relates to bacterial attachment is a probabilistic concept. A key understanding is that attachment is harder when surfaces have an Ra <0.8µm and attachment becomes easier with an Ra >0.8µm.

Roughness also impacts the ability to clean and disinfect surfaces consistently, as rougher surfaces are more difficult to clean. Research has suggested that surfaces with an Ra between 0.4 to 1.5µm best facilitate cleaning, with cleanability falling away at higher Ra values where long-term microbial attachment occurs.

Other factors that can influence attachment are surface slope, as bacteria generally prefer to attach to horizontal surfaces, that bacteria tend to colonise near welds and surface irregularities.

Surface damage is also a critical consideration, as it will influence the likelihood of microbial adhesion or entrapment. Sandle reports that there is a strong correlation between bacterial adhesion and- damage that increases surface roughness in literature. The type, shape and size of the damage all have a role to play; for instance linear scratches may promote the entrapment of rod shaped bacteria, and abrasions the size of microbes are more likely to promote bacterial retention than much larger ones.

Microorganisms can also cause corrosion and damage of the materials they attach to, which may facilitate future bacterial attachment. Corrosion may also be caused by disinfectants, especially those that are chlorine based.

Sandle concluded that to lower the likelihood of microbial attachment, it is critical to specify surface roughness as well as surface finish in equipment specifications, with an Ra value <0.8µm providing control. He added that down to an Ra value of 0.16µm benefits can be seen, after which anything smoother ceases to be significant.

The full article was published in the Journal of GXP Compliance.