A Phase I trial showed early potential in using a genetically engineered herpes virus to combat advanced cancers that exhibited no response to immunotherapies. 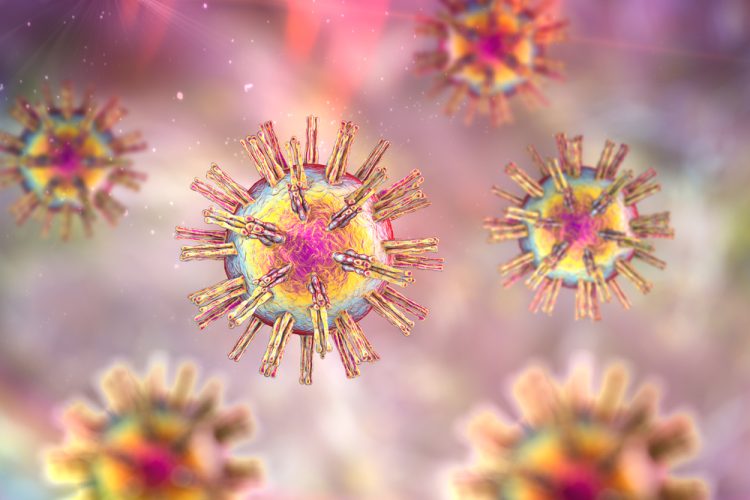 At the 2022 European Society for Medical Oncology Congress (ESMO) conference, promising results from a Phase I trial, suggesting that a novel genetically modified (GM) herpes virus eradicated or reduced advanced cancers, were presented.

The GM herpes simplex virus (RP2) successfully treated twenty five percent of patients with different advanced cancers, including skin, oesophageal and head and neck cancers. Their diseases did not respond to the cancer immunotherapy checkpoint inhibitor immunotherapy, so the patients chose to enrol in the Phase I trial.

“Viruses are one of humanity’s oldest enemies, as we have all seen over the pandemic. But our new research suggests we can exploit some of the features that make them challenging adversaries to infect and kill cancer cells,” explained Professor Kristian Helin, Chief Executive at the The Institute of Cancer Research, London.

The delivery method of the virus was multi-faceted. After being injected into the tumours, RP2 was designed to multiply inside cancer cells to burst them from within. Then it produced granulocyte-macrophage colony-stimulating factor (GM-CSF) and glycoprotein of gibbon ape leukaemia virus (GALV-GP-R) molecules and blocked the CTLA-4 protein, enabling the immune system to kickstart itself and more effectively kill cancerous cells.

At The Institute of Cancer Research, London, and The Royal Marsden NHS Foundation Trust, nine patients received just the GM virus during the Phase I trial, whilst 30 patients were given a combination of RP2 and the immunotherapy drug nivolumab.

Those studying the subsequent patient biopsies observed that the site surrounding the tumours, the ‘immune microenvironment’, had benefitted. Additional immune cells, such as CD8+ T-cells were seen, as well as ‘switched on’ genes associated with the ‘anti-cancer’ immune response.

Two patients in the test group had oesophageal cancer and uveal melanoma, a rare eye cancer, which had spread to their liver. After taking part in the trial, their cancers shrunk. Even after 18 and 15 months post-treatment, their cancers had not progressed. Three out of nine patients treated with only RP2 saw their tumours shrink. One patient, who suffered with salivary gland cancer, became cancer-free following the treatment and has stayed successfully in remission for 15 months.

Professor Kevin Harrington, Professor of Biological Cancer Therapies at The Institute of Cancer Research, London, and Consultant Oncologist at The Royal Marsden NHS Foundation Trust, who led the study, praised its success: “It is rare to see such good response rates in early-stage clinical trials.”

The seven patients who were given a double therapy dose: a dose of RP2 and the immunotherapy nivolumab, saw their tumours stop growing or shrink. These were four out of nine patients with melanoma skin cancer, two out of eight patients with eye cancer uveal melanoma, and one out of three patients with head and neck cancer. Six of these patients continued to be progression-free 14 months later.

Side effects of being injected with RP2 were mild. No serious side effects were reported. The clinical trial team intend to research whether RP2 can be used for a greater number of patients.