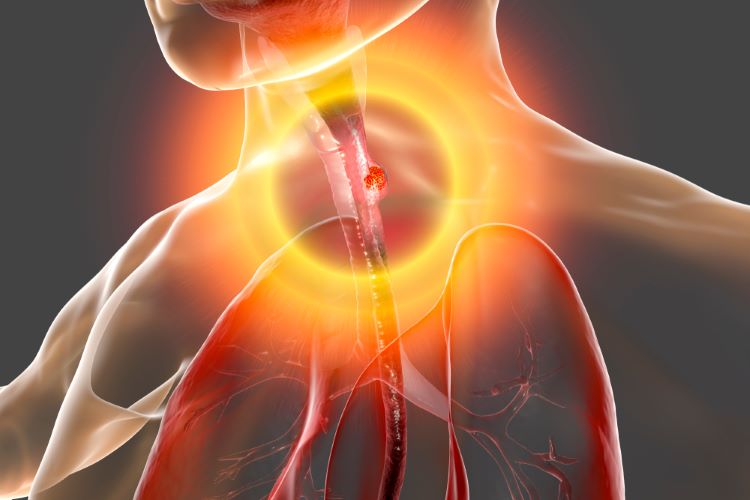 The SPOTLIGHT trial (NCT03504397) evaluated the efficacy and safety of Zolbetuximab, a chimeric IgG1 mAb, plus mFOLFOX6 compared to placebo with mFOLFOX6. Data showed statistical significance in PFS for the 566 participants with Claudin 18.2 (CLDN18.2)-positive, HER2-negative, locally advanced GEJ.

Zolbetuximab targets and binds to CLDN18.2, a transmembrane protein. CLDN18.2 is found in normal gastric cells and plays a major role in epithelial and endothelial tight junctions controlling the flow of molecules between cells.

Based on the study data, around 38 percent of screened patients had CLDN18.2-positive tumours, defined as CLDN18.2 expression in ≥75 percent of tumour cells with strong-to-moderate staining intensity based on a validated immunohistochemistry assay.

The most frequent treatment-emergent adverse events (TEAEs) in patients treated with Zolbetuximab plus mFOLFOX6 were nausea, vomiting, and decreased appetite.

“I am excited by the potential for a new treatment option to help patients with advanced-stage gastric cancer or GEJ cancer,” shared Dr Kohei Shitara, primary investigator for the study and Chief, Department of Gastrointestinal Oncology at the National Cancer Center Hospital East in Kashiwa, Japan. “Gastric and GEJ cancers still have very limited treatment options available for patients with an advanced diagnosis.”

Dr Ahsan Arozullah, Senior Vice President and Head of Development Therapeutic Areas at Astellas stated, “We look forward to presenting the full results at a scientific congress in the near future.”

The SPOTLIGHT study and a Phase III GLOW trial, evaluating the efficacy and safety of Zolbetuximab plus capecitabine and oxaliplatin (CAPOX) compared to placebo plus CAPOX, are being conducted to obtain foundational data for regulatory submissions in regions such as US, Europe and Asia.